Another 16 Israeli companies passed the billion-dollar valuation target in 2020. 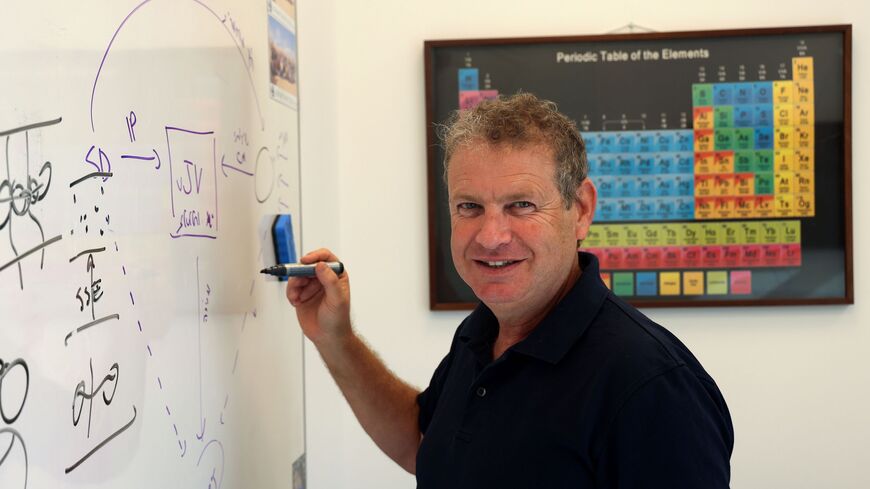 Israeli startup StoreDot founder Doron Myersdorf poses for a photo at his company headquarters in the Israeli coastal city of Herziliya on Feb. 16, 2021. - EMMANUEL DUNAND/AFP via Getty Images

It’s said that times of crisis are also opportunities for those who know how to find them. If we judge by the number of Israeli start-up companies that became unicorns during the pandemic — companies worth more than $1 billion — Israeli high tech has found plenty.

No fewer than 16 Israeli companies became unicorns in 2020, about 10% of new entries globally, and in the first quarter of this year another seven companies joined them.

The latest was Yotpo, which raised investments of $230 million, with a valuation of $1.4 billion. The company offers solutions and products to manage client connections in e-commerce, a field that grew exponentially in the last year because of physical restrictions on retail. Yotpo counted 30,000 clients this past year, among them huge corporations and brands like IKEA, Patagonia and Steve Madden.

Israel, a country of nine million citizens, is full of young entrepreneurs developing ideas for the new world of commerce.

Take the Deel company, owned by 28-year-old Alex Boaziz. It supplies another important digital service: managing employees in the global sphere in different countries with different labor laws and different salary structures. Deel raised $156 million last month and it now has a valuation of $1.25 billion.

Papaya Global, another Israeli company in the same field, also raised investments of hundreds of millions of dollars and is valued at a billion dollars.

There are multiple factors at play in the flood. First, the global capital markets have more liquid cash for investment and high-tech investment funds are always searching for new companies to invest in. Israel enjoys an image as a high-tech nation and hot site for start-ups that produces successful companies and innovative ideas.

This investment horizon is also attractive because of the slowdown in the housing market and the very low interest rates in conservative investment avenues.

There is also a frenzy for digital transformation. The process that had already reshaped big areas of the economy accelerated in March 2020 because of the health restrictions. The lockdowns forced most companies into remote work, which immediately raised the demand for cloud servers and services, and for accompanying programs that enable work from home.

The move to the cloud and to remote work led to increased attacks on companies’ servers. Hacking and ransom demands have risen at alarming rates and the demand for protection grew accordingly. Israel's cybersecurity field is dominated by veterans with military intelligence backgrounds, among them the famous IDF 8200 unit.

One of the companies established by 8200 veterans is Cybereason, founded by Yoni Naar, Lior Div and Yonatan Striem-Amit. Since its founding in 2012, the company has raised $400 million and is now valued at over a billion dollars. Its next stage will be a public offering on the Nasdaq.

Shai Horovitz, Cybereason’s chief revenue officer, says his company is the global leader in defense against ransomware. It is active in 40 countries and employs more than 650 people, 300 of them at the development center in Israel, and the numbers are growing. The scope of its activities has widened dramatically every year since 2015, and among its clients are governments and some of the largest corporations in the world.

The lockdowns combined with government stimulus spending have led to the growth of two other sectors, e-commerce and fintech, as the masses stuck at home explored online shopping and investments. This interest led to a huge demand for solutions for rapid website creation and online shops alongside digital capacities for tiny investments in stock markets, digital currency and large investment funds.

COVID-19, which cancelled most flights and physical meetings, also eliminated the distances that had been a hurdle for companies far from Wall Street and Silicon Valley.

This combination of lots of capital seeking investment and rapidly growing companies in light of the digital transformation of markets has created a global wave that has lifted Israel in particular.

There is a danger: Sometimes the rapid inflation of companies' value creates a bubble. However, lessons were learned from the burst of the dot-com bubble in the 1990s and the majority of Israel's unicorns are well placed with large client bases, high revenues and real potential for growth.

These companies, which are enjoying a surplus of cash right now, have a safety cushion and seem fairly immune to a possible slow in demand. If the current trend continues, there is real potential for the growth into huge international corporations. If this happens, Israel will make the leap from a start-up nation to a big-tech nation.