Fundraising by Israeli startups expected to decline during 2022

A survey of Israeli startup companies shows a significant drop in fundraising. 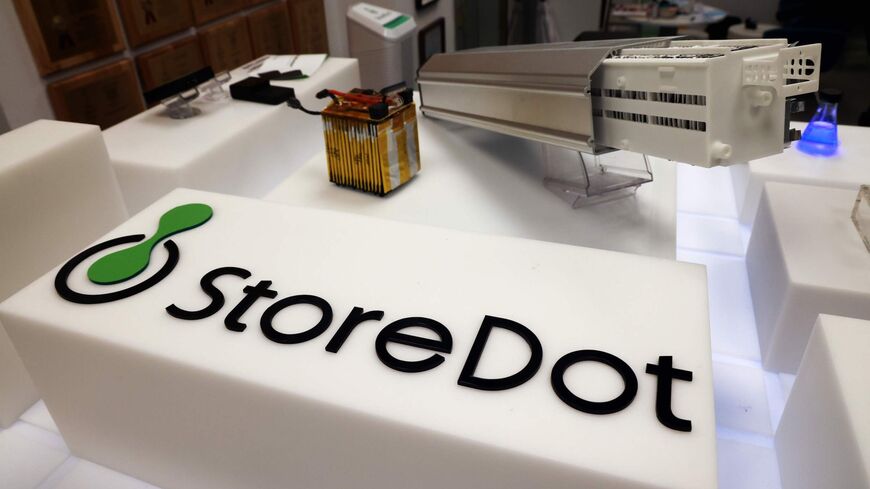 A display promoting fast-charging batteries is pictured at the entrance of the Israeli startup StoreDot's headquarters in the Israeli coastal city of Herziliya on Feb. 16, 2021. - EMMANUEL DUNAND/AFP via Getty Images

According to a report by the Tel Aviv-based Greenfield Partners, during the first quarter of 2022, a total of 132 Israeli startup companies in various stages raised $5.95 billion in funding. The figure marks a slight increase compared to the corresponding period in 2021 ($5.90 billion), but a significant drop compared to the previous quarter ($8.88 billion).

Israeli tech companies raised a record of $25.4 billion in 2021, according to the Tel Aviv-based Start-Up Nation Central, which has yet to publish statistics for the first quarter of 2022. Estie Rosen, global PR director at Start-Up Nation Central, which promotes Israel's technology ecosystem, told Al-Monitor she is not concerned by the drop during the first quarter. "2022 will not be like 2021 in terms of fundraising, but the Israeli high-tech sector is here to stay," Rosen said, adding she expects "some correction" in the market after the record year.

According to Rosen, the Israeli cybersecurity, fintech and IT enterprises solutions will continue to attract interest from investors. The figures back this notion. During the first three months of 2022, nearly 29%, or $1.7 billion, was raised by cybersecurity startups; 16%, or $942 million, by data/AI/ML startups and 13%, or $754 million, by fintech and insurance tech. Meanwhile, 8.5%, or $506 million, was raised by real estate and contracting firms, while just over 8% was raised by health tech startups.

Guy Preminger, partner and technology leader at PwC Israel, describes the drop in fundraising as "natural" after the peak last year. He thus expects the decline to continue along 2022. While he emphasized that the Israeli high-tech sector is "powerful and successful," Preminger connects the fall in investments to global developments. "Investors are now more cautious due to the global situation with rapid inflation and rising interest rates. [Venture capital firms] are looking to the longer term with some concern due to the expected rising interest rates, and therefore at this stage prefer to slow down," he explained to Al-Monitor.

Ofer Shoshan, venture partner at the investment platform OurCrowd, added another reason for the slowdown: "Since the outset of the current year and especially the Ukraine invasion, we observe a drop in investments. Specifically, startups in the early stages are those facing the most difficulties in raising funds. Startups in the fields of cybersecurity, defense and energy are those which attract most of the interest."

Shoshan emphasized that the decrease in investments should not affect Israeli startups. "During last year, numerous companies boosted their cash reserves and hence will be able to go through the next two to three years even in an inflationary market. Most of these companies are already well-established with a stable stream of revenues and sales."

According to Preminger, the fundamentals of the Israeli high-tech sector ensure its future in the long term. He speaks about three components that place the Israeli high-tech sector on top of the global industry: talent, speed of response and spirit. "You can find talented engineers in other locations around the globe, but you can’t find the special spirit of creativity and innovation created here. The combination of all these three factors will always generate interest among investors," he said.