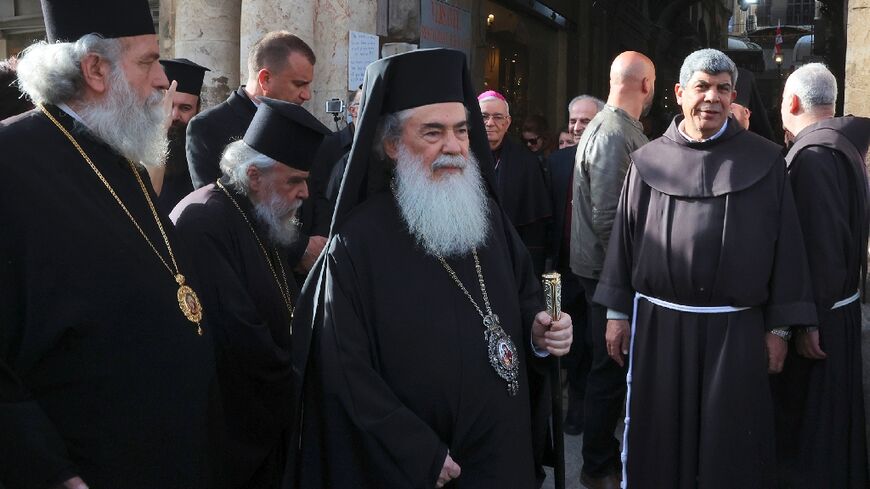 The Greek Orthodox Patriarch of Jerusalem Theophilos III (C) arrives for a meeting with other religious leaders at the Petra Hotel at the Jaffa Gate area in Jerusalem's old city - HAZEM BADER
by Claire Gounon
April 14, 2022 — Jerusalem (AFP)

Churches in Jerusalem are up in arms against Jewish "radicals" who are settling in the Christian Quarter and threatening a fragile religious balance in the ancient Holy City.

"Jerusalem also has her Christian character, and that is what is threatened," he told AFP, as Christian worshippers readied for Easter celebrations.

The patriarch charged that hardline Jewish settlers, known for a push to take over properties of Palestinian families, are also waging a campaign for control of Christian-owned lands.

"Those radicals are driven by their ideology," Theophilus III said. "Their ideology is the syndrome of messianism, when they claim 'we want to redeem the Holy Land from the profanes'."

The nationalist settler group Ateret Cohanim has worked to "Judaise" east Jerusalem -- a Palestinian sector illegally annexed by Israel according to the UN -- by purchasing real estate through front companies and then moving Jewish settlers in.

Since 2005, the group and the Orthodox church have been engaged in a complex legal wrangle over ownership of an Old City hostel at the Jaffa Gate entrance to the Christian Quarter. 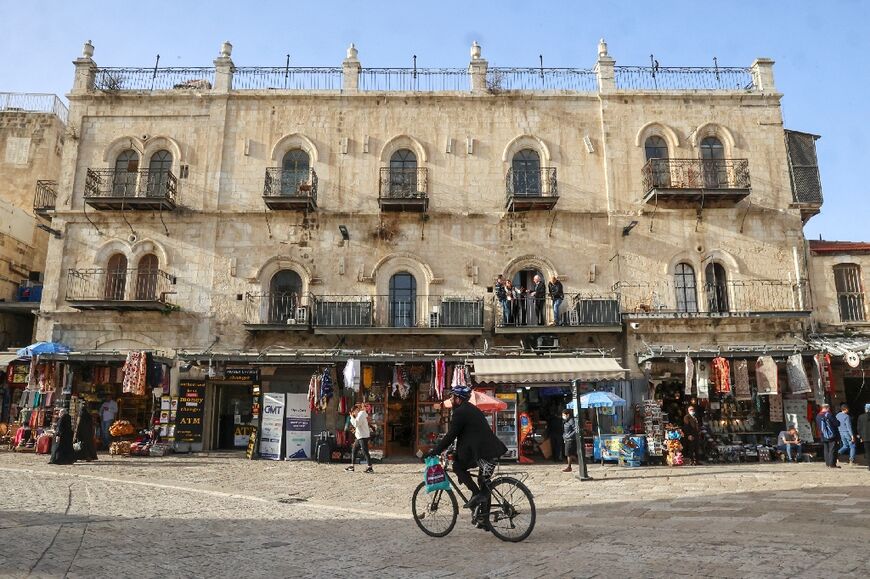 The dispute took a fresh turn on March 27, when settlers took over part of the Petra Hotel by "breaking and entering", according to the Greek Orthodox Church.

Theophilus III said the Israeli government "promised us that they will try their best to deal with this issue, and put pressure on those radical groups to get out".

But, after more than two weeks, the settlers are still there, he said.

"It seems that the state doesn't have the power or the will to (put pressure) on those people," he added.

Hagit Ofran, of the Israeli anti-settler group Peace Now, said the dispute is "a big, big drama, because it's such a strategic place at the entrance to the Christian Quarter, a huge compound where they can bring hundreds of settlers." 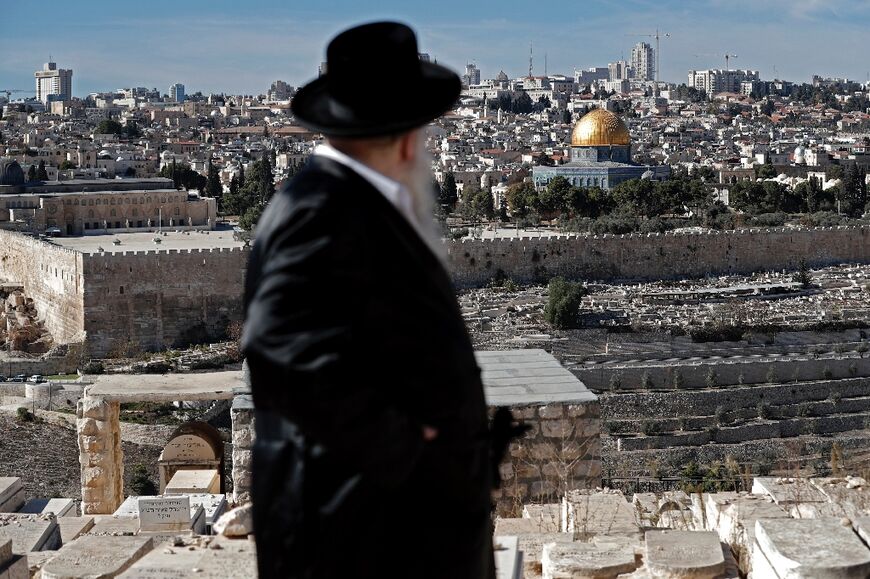 Ofran warned that "if they succeed, this is changing the whole character of the Old City -- and of course of the Christian Quarter."

About 300 Jewish settlers already live in the Christian Quarter.

The churches have voiced alarm about the trend, as well as acts of vandalism and anti-Christian aggression, arguing the problem extends beyond the ancient heart of Jerusalem.

On the outskirts of the Old City, on the Mount of Olives where several prominent churches stand, Israel plans to expand a park that will encroach on land belonging to Christian institutions.

The three communities concerned -- Greek Orthodox, Armenian and Franciscan -- sent a strongly worded letter to the authorities in February.

"In recent years, we cannot help but feel that various entities are seeking to minimise, not to say eliminate, any non-Jewish characteristics of the Holy City by attempting to alter the status quo on the holy mountain," they wrote.

The letter charged that "after their attempts failed, they resorted to statutory powers, by advancing a plan to declare vast parts of the mountain as a national park". 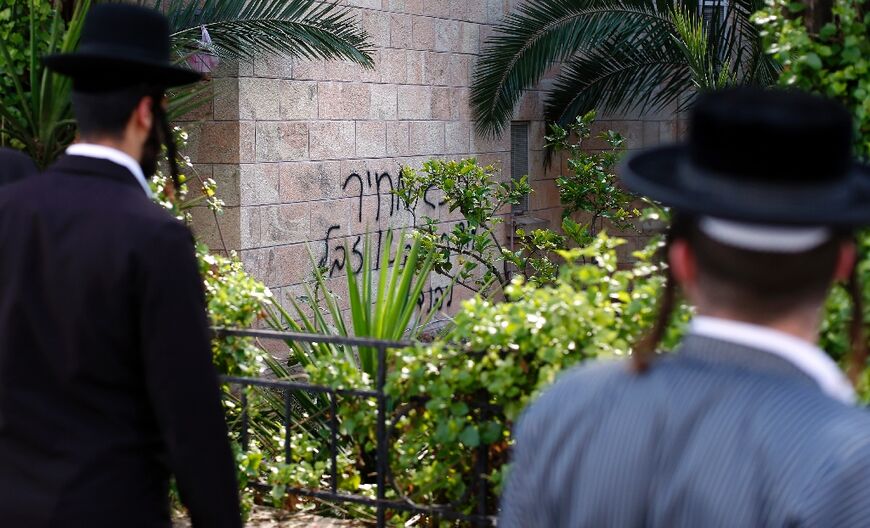 The government temporarily withdrew the project from its agenda.

In December, Israel was angered by comments made by the Archbishop of Canterbury, Justin Welby, head of the Anglican Church, who charged that an increase in attacks and vandalism of holy places was a "concerted attempt" to drive Christians away.

Israel's foreign ministry said the accusations were "baseless and distort the reality of the Christian community in Israel".

Ofran, the Peace Now activist, said the government was only doing the bare minimum -- and even "protecting the settlers" with its police force, which has failed to dislodge them. 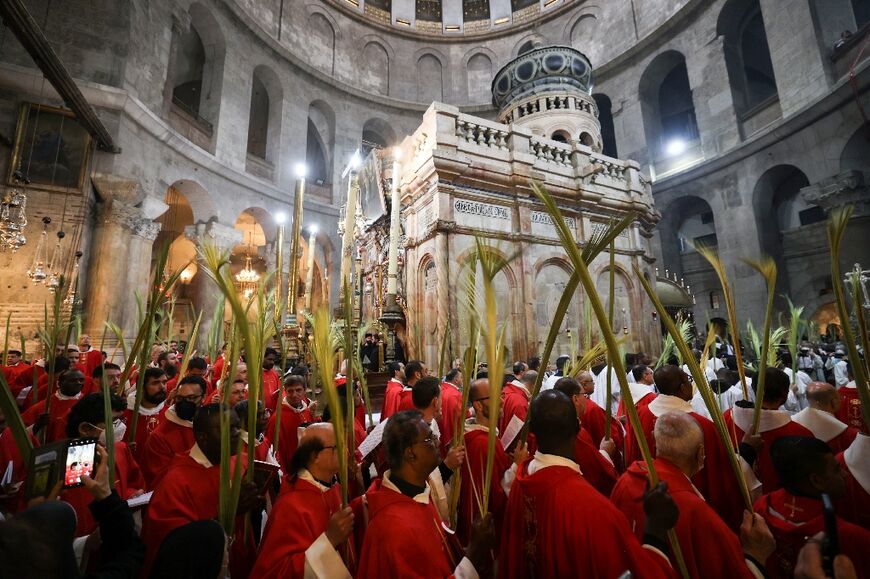 She said Israel -- which considers the whole of Jerusalem its indivisible capital -- "is not going to kick out the churches themselves, but they want ... it to be a Jewish environment with Christian enclaves," a challenge similar to that faced by Muslims.

Father Nikodemus Schnabel, of the Benedictine community on Mount Zion, adjacent to the Old City, said that "this is really a concern, that Israel has turned a blind eye".

His Abbey of the Dormition has been the target of acts of vandalism blamed on settlers which have multiplied in recent months.

He said he sees "a lack of will" by the authorities to tackle the phenomenon of "anti-Christian hate crime".

Schnabel argued that Jerusalem is unique because of its religious diversity, highlighted this year as the Muslim fasting month of Ramadan, Jewish Passover and Easter overlap.

"How boring would Jerusalem be if it were only Jewish, only Christian or only Muslim?" he said.