The UAE and India have a strong economic relationship. The Kashmir visit could affect UAE-Pakistan ties. 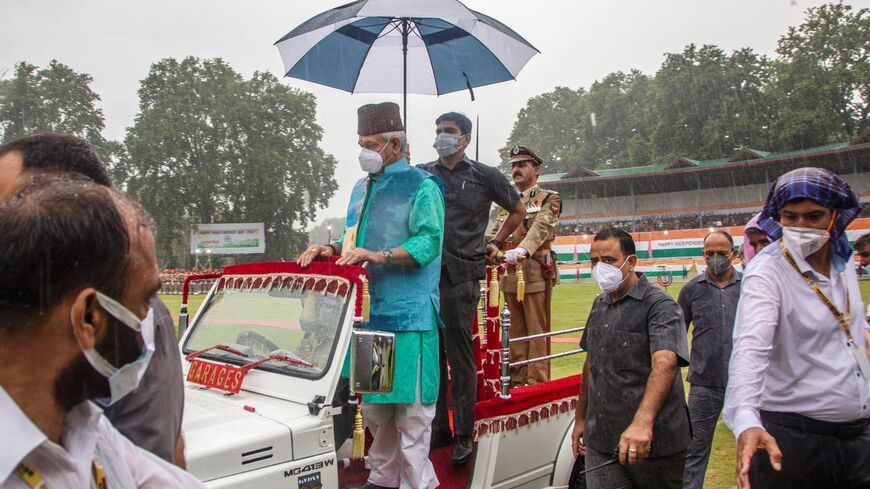 A business delegation from the United Arab Emirates visited the disputed Indian-controlled territory of Jammu and Kashmir Monday and met with Indian Prime Minister Narendra Modi.

The meeting was a followup to Jammu and Kashmir Lieutenant Governor Manoj Sinha visiting the Dubai Expo in January. A UAE delegation also visited the territory in March, according to the agency.

In 2019, India revoked Jammu and Kashmir’s autonomous status, cracked down on civil liberties and sent in troops. This fulfilled a promise by Modi’s Hindu nationalist Bharatiya Janata Party.

The UAE delegation: The Emirati delegation consisted of 12 investors accompanied by UAE ambassador to India Ahmad AlBanna, among other officials. They were scheduled to visit the Pari Mahal mountain palace and take a boat ride in the Dal Lake, The Times of India reported.

Pakistan: The UAE getting involved in Kashmir could be a setback for UAE-Pakistan relations.

“The UAE venturing into Jammu and Kashmir is a signal to Pakistan which has been harping on the propaganda about Kashmir being a problem that needs to be settled and Muslim countries should support its argument,” Manoj Menon wrote for The EurAsian Times in January.

The UAE and Pakistan enjoy cordial relations, and the UAE has sought to improve the relationship in light of the US military defeat in Afghanistan last year. UAE leader Mohammed bin Zayed al-Nahyan met with Pakistani military leadership shortly after the US withdrawal.

India-UAE relations: India and the UAE have a good relationship, largely based on economic factors. In May, the two countries will implement an agreement to reduce tariffs and duties in an effort to boost bilateral trade. The Emirates is also a leading tourist destination for Indians. The UAE’s Gulf ally Saudi Arabia is likewise working to increase trade with India.

Know more: The majority of the UAE population is Muslim, as is the ruling family. In India, Muslims have faced severe repression under Modi. This has not appeared to have had a negative effect on UAE-India relations.