The UAE and India also signed a trade agreement recently, and appear to have moved past the controversy surrounding an Indian politician's criticism of Islam. 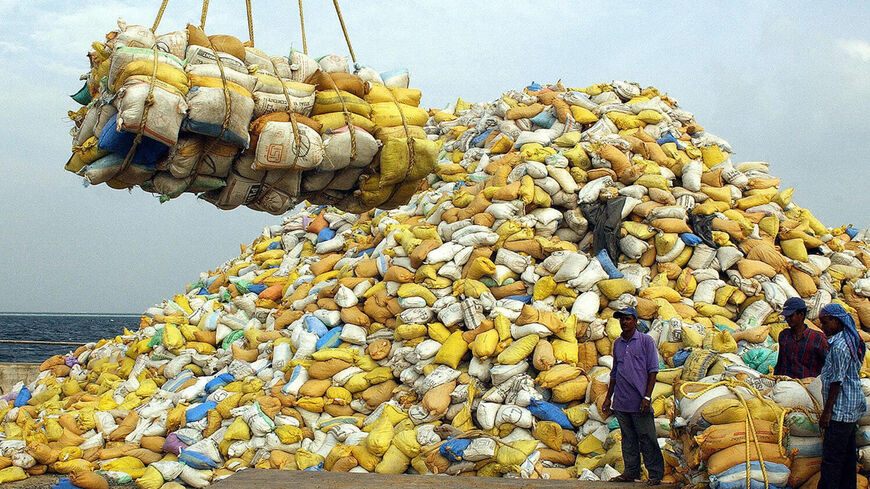 Sand imported from neighboring India is unloaded at a jetty on Jan. 8, 2005 in the man-made Thilafushi industrial island near Male, capital of the Maldives, as part of a land reclamation project. - SENA VIDANAGAMA/AFP via Getty Images

India’s National Investment and Infrastructure Fund agreed to invest around $300 million in DP World’s Indian subsidiary Hindustan Ports Private Limited for a 22.5% stake in the entity, DP World said in a press release.

“The opportunity landscape in India remains significant and this transaction will allow us to accelerate investment across ports and logistics to drive returns for our respective stakeholders,” DP World CEO Sultan Ahmed bin Sulayem said.

Why it matters: The United Arab Emirates and India have strong economic relations. In April, the two countries signed an economic agreement that lowered tariffs in a bid to boost trade. The same month, an Emirati business delegation visited the disputed India-controlled part of Kashmir.

The Emirates and India appear to have moved past the controversy surrounding India’s ruling party and Islam. Earlier this month, comments surfaced from a spokesman for the Bharatiya Janata Party (BJP) that were critical of the prophet of Islam Muhammad. Her remarks led to widespread condemnation in the Muslim world, including from the UAE government.

However, Indian Prime Minister Narendra Modi, himself from the BJP, visited the UAE this week on cordial terms.

Know more: In a bid to protect its domestic wheat reserves, the UAE recently banned the export of Indian wheat from Emirati territory. The Russian invasion of Ukraine has led to food security concerns throughout the Middle East.

What’s next: The investment is expected to close in early 2023, according to DP World.