A group of architects, historians and other heritage enthusiasts have launched a campaign to safeguard the City of the Dead in the face of the government’s new infrastructure plans. 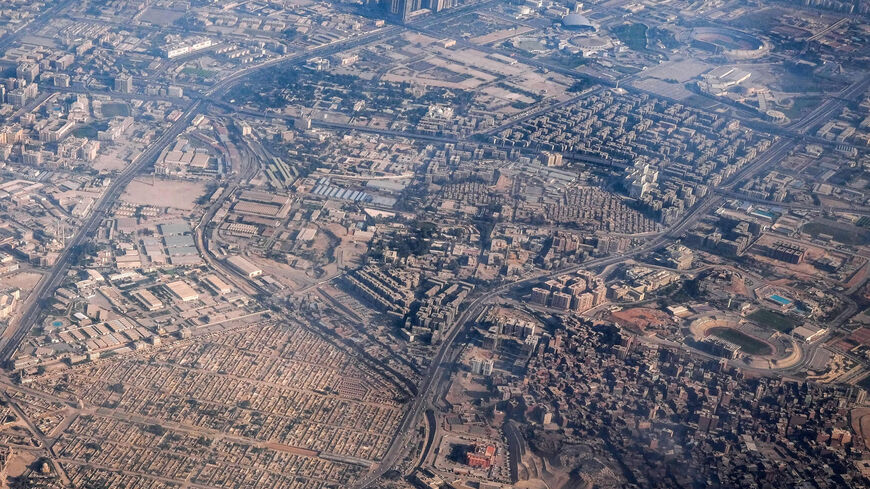 CAIRO, Egypt — Since the arrival of the Arab conquerors in Egypt in the 7th century, the plain at the foot of the Mukattam hills, southeast of present-day Cairo, has served as an important burial site for the country. There lie prominent figures such as Amr ibn al-As, the Arab Muslim commander who led the conquest of Egypt and served as its governor for years.

From that initial site, subsequent rulers of Egypt added new areas that expanded the Cairo necropolis to the north and south. The monumental cemetery, also known as the City of the Dead, currently comprises two main areas — the southern and northern cemeteries — which together extend over 12 kilometers (7½ miles) and cover an area of about 1,000 hectares (2,471 acres). Today, the site is part of Historic Cairo, a UNESCO World Heritage Site registered since 1979.

“It has historical significance and architectural and symbolic value,” said Galila El Kadi, architect and head of research at the Research Institute for Sustainable Development in Paris, and author of "Architecture for the Dead." She told Al-Monitor, “The Mamluk sultans, rulers of Egypt and figures of the political, artistic and economic life [of the country] are also buried there, as well as a large number of Egyptians.”

Now an important part of this medieval necropolis is in danger of being demolished because of an ambitious government road network project, conservators warn. The project, of which few details are public, plans to cross, encircle and penetrate the cemeteries. And critics fear that it will deform its urban tissue, destroy its homogeneity and bulldoze hundreds of valuable treasures of the funeral Muslim architecture, as well as challenge its position as a major feature of Cairo’s urban landscape. The plan comes less than two years after parts of the cemetery were already affected by other similar road projects.

“Losing the cemeteries is losing part of our history, of our heritage, and is losing things that are really artistic and of value,” said Mostafa El Sadek, member of a group calling for the safeguard of Historic Cairo’s cemeteries. He told Al-Monitor, “The most important thing is that this is part of our history; these are people who worked and served our country. And they shouldn’t be treated this way after their death.”

The project in this area of Cairo is part of the Egyptian authorities’ plans, launched in 2014, to develop the country’s road network and the capital’s infrastructure. As stated by President Abdel Fattah al-Sisi himself, the goals of these projects are to resolve traffic congestion, ease the mobility of citizens, reduce transport time and fuel consumption, as well as serve the commercial movement. Critics, however, warn that many of these road projects only benefit a minority, that they are often counterproductive in reducing traffic, that they are carried out without engaging in dialogue with the neighbors who are affected and that they are sometimes irreparably altering the identity of historic parts of the city.

In the case of the City of the Dead, in 2020, the construction of two road axes that partially crossed the area have already caused heritage losses. The one that attracted the most attention and anger was Al Fardous axis, now renamed Jehan Al Sadat, which, according to Kadi, crossed from east to west the Mamluk necropolis, located in the northern cemetery. There lay the tombs of prominent figures of Egyptian society, such as Mohamed El Tabei, a pioneer of the modern press; Lutfi El Sayed, an intellectual and anti-colonial activist; and novelist Ehsan Abdel-Kouddous. The second road axis crossed through the southern cemetery.

According to Kadi, in an attempt to prevent a similar loss from happening in other parts of the necropolis, several academics, architects, historians and enthusiasts of the city’s historical heritage created a group in September 2021 to document and archive the tombs that are at risk of new road projects. The group also works to raise awareness of the importance of preserving this heritage, and it launched a petition calling to stop the plans in their current form, which has already collected almost 5,000 signatures, 4,000 of them in the last month.

Kadi said that so far the group has identified 67 tombs that will be demolished and six registered monuments that will be affected along the route of the new roads in the southern cemetery. Taking into account also the affected areas in the northern cemetery, the group estimates that some 2,700 more tombs are at risk. Yet Kadi noted that it is difficult to know with certainty how many will be affected because the authorities have not made their plans public. The group has been able to obtain only part of this information after making a request to the Cairo governorate’s cemeteries administration.

“Nobody knows exactly what parts are in danger because it was not declared. Even to the people who have graves, [the authorities] didn’t tell them. There is nothing official. But we have the plans of the roads that show almost the entire area is at risk,” Sadek said.

Another of the actions taken to try to put a stop to the government’s plans has been through the courts. Lawyer Mohamed Yeghen told Al-Monitor that he and a dozen other affected families recently filed a dispute with the State Council, Egypt’s administrative court system, to stop the current construction plan. The first hearing was held March 17 and the second is scheduled for the end of April, he said.

“We knew about [the government’s plans] from the people who work in the cemeteries that it was a coincidence. We learned of the decision by chance; no one had talked to us, as if we are not there,” Yeghen said. He is a member of the Yeghen family, who are descendants of one of the sisters of Muhammad Ali Pasha, founder of Egypt’s royal family. And the tombs of his family that would be affected are located in the vicinity of El-Imam El-Shafi Mosque in the southern cemetery.

In addition, the group is working to develop alternatives to the current road project that would avoid demolitions. For now, the group has suggested the road that will have to cross the southern cemetery from east to west be replaced by a tunnel, as well as moving a microbus stop in the area to another location, which would alleviate traffic and avoid having to modify the existing roads. Kadi, however, noted that the authorities have not accepted their alternatives so far. But she explained that the group is now working with members of the Engineers Syndicate to develop a new proposal.

Sadek said that the authorities should not only abandon the project in its current form and study an alternative plan that avoids affecting the cemeteries but also invest to repair and develop the necropolis. He believes that a development plan could even attract visitors to the cemeteries’ most important sites and generate revenue.