Formulating its policy on the Ukraine crisis, Israel must take into account its coordination with Russia in Syria, its special relations with Ukrainian President Volodymyr Zelenskyy, its super important alliance with the United States and its large Russian-Ukraine-born population. 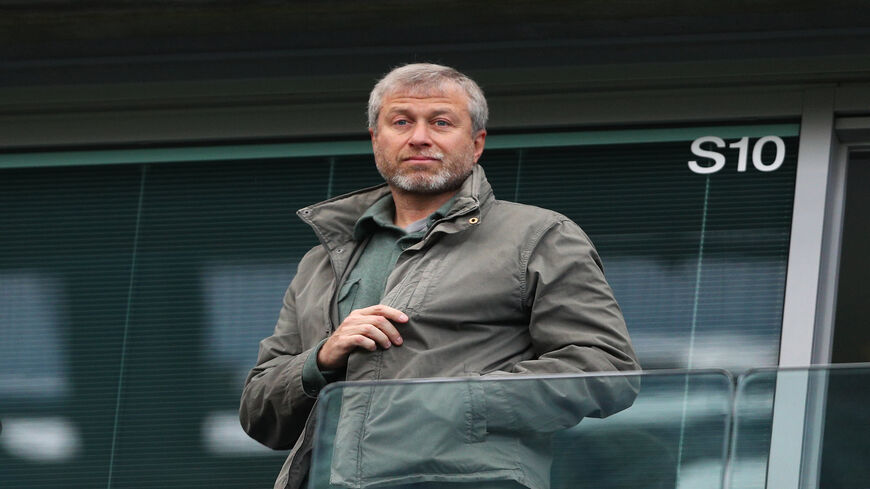 At a Feb. 27 meeting of Israel’s foreign affairs and security Cabinet, Foreign Minister Yair Lapid turned to his colleagues with a strange request-cum-warning, asking them not to provide assistance to Jewish-Russian billionaires/oligarchs who have been hit by international sanctions. “You have to be very careful because those guys have connections and they can call you on the phone and ask you for things. Don’t commit to anything because it could cause diplomatic damage. Say you can’t help them and give them the number of the Foreign Ministry,” said Lapid.

Such appeals have apparently already begun. The oligarchs are the latest twist in the dilemmas with which the Russian invasion of Ukraine are confronting Israel as it seeks to balance a host of competing interests. Quite a number of them are Jewish and hold Israeli citizenship. Quite a few are connected in one way or another to senior Israeli civil society and political echelons. A few live in Israel at least part time and invest their money here. Israel may have to impose sanctions on them.

The best-known oligarch is Roman Abramovich, a Russian-born Jewish billionaire who lives in Israel part time and owns a mansion here. He was considered one of Russian President Vladimir Putin’s closest associates, and on top of it all is a generous benefactor of hospitals and public causes, including a pledge of tens of millions of dollars to the Yad Vashem Holocaust Remembrance Center. Reports yesterday said Abramovich is in Belarus, apparently at Ukraine’s request, assisting in the negotiations between Russia and Ukraine.

Israeli officials are torn. For now, Prime Minister Naftali Bennett is doing what Israel always does when it approaches a minefield — forming a committee. The panel will examine potential sanctions on a case-by-case basis, in the hope that by the time this process is completed, the crisis will be behind us. For now, the crisis is mostly ahead of us.

Beyond the oligarch conundrum, officials in Jerusalem are pleased with Israel’s efforts to have the cake and eat it, too. “Truth be told, Putin doesn’t really care about us right now. He is at war. And the Americans aren’t focused on what Israel will do or say, either. Biden, too, is at war and he has mid-term elections looming,” a senior Israeli diplomatic source told Al-Monitor on condition of anonymity. “That does not mean we should not be on the right side. Israel is not straddling the fence. It is on the right side, on the American side, but it is trying to avoid attention.”

The government has decided to vote in favor of the United Nations condemnation of Russia, and Israel’s UN Ambassador Gilad Erdan even went as far as to embrace his colleague from Ukraine in full view of the cameras and pose with him for a selfie.

Israel’s strategy in this crisis stems from what it views as its “special standing” compared to other states. At the Cabinet session devoted to the crisis, participants described Israel’s very unique circumstances. On the one hand, it is undoubtedly a full member of the Western, democratic American camp. On the other hand, Putin threatens its vital security interests in the low-intensity war underway with Iran and its proxies along Israel’s northern border.

A senior Israeli security source told Al-Monitor on condition of anonymity, “Whenever one of our F-16s takes off from any airfield in Israel powerful Russian radars deployed in Syria immediately lock on it. Without the special coordinating mechanism we have with the Russian military to our north, the air force activity in that air space would be curtailed — far more dangerous and particularly challenging.”

Israel concedes it has an immediate interest in preserving this cooperation with Putin. “But there is something else,” the senior diplomatic source said. “We are perhaps the only country in the world that enjoys the trust of all sides and can speak openly with them. We have an open channel to Putin and proven cooperation with him, we are US allies and we have a very special relationship with [Volodymyr] Zelenskyy, Ukraine’s Jewish president. This is an asset we must preserve and leverage. Right now, this mediation is not taking off, but in the coming days or weeks it could become critical if the situation deteriorates further.”

With these considerations in mind, the Cabinet decided on the following policy: Prime Minister Naftali Bennett and Defense Minister Benny Gantz will keep a low profile and avoid public statements to the extent possible. The foreign minister under whose purview the issue falls would be the one speaking publicly on the matter when needed.

Of course, Bennett cannot completely ignore the situation, nor can he talk only about humanitarian aid. Speaking at a conference today, the prime minister said Israel helps Ukraine, and that "from the first moment on, Jerusalem adopted a responsible line, which enables us not only to protect our interests but also do some good."

He continued, "Israel is a reliable factor. We are one of the very few able to communicate directly with both sides and help wherever we can. And indeed, we do assist quietly."

Having condemned the invasion publicly, Lapid is the most visible Israeli official voice on Ukraine. Still, even Lapid is not exactly making the rounds of television studios. In fact, his condemnation of Russia Feb. 24 was precise and concise. He was the one who initiated the phone call the same day to his American counterpart, Antony Blinken, devoting the conversation to presenting him with Israel’s “special circumstances” and sensitive interests.

“We overfly Syria at night, we do not do so for the fun of it,” another top Israeli diplomatic official told Al-Monitor on condition of anonymity. “The Americans know our campaign against Iran’s entrenchment in Syria and Hezbollah’s buildup in Lebanon is an existential need and they recognize our problem in the Russian context. That's why they are willing to contain our situation.”

For now, this policy has proven successful. The Russian Embassy in Tel Aviv issued a lengthy, detailed document this week, addressing the war, including “containment” of the Israeli condemnation and an emphasis on “continued security cooperation with Israel.” The Americans, too, other than some quiet grumbling over the fact that Israel declined to sign on as a sponsor to the UN Security Council condemnation of Russia last week, are not really bothered by Israel’s policies.

Israel is pleased and continues to examine each move through a magnifying glass. Four planes loaded with urgent humanitarian aid have been dispatched to Ukraine in recent days, carrying only items for civilian use. Ukraine’s request for helmets and vests was rejected despite a promise to hand them out only to civilians. “We are careful not to make a mistake,” the top Israeli diplomatic official said. “Our flights to Ukraine will not include officers in uniform; everything will be civilian in nature. One must understand that the Russians do not need a conflagration in Syria right now, either. They, too, prefer the relative calm and we will make sure to tread very carefully in the coming weeks.”

The argument within Israel regarding the desired posture on the Russian-Ukrainian-Western conflict is hardly semantic. Over 1.5 million Russian speakers, maybe more, call Israel home. They constitute some 15% of the population. Most hail from Russia, but many from Ukraine. Thousands of Israelis live in Kyiv and other Ukrainian cities. About 200,000 Ukrainians are eligible to immigrate to Israel under its Law of Return for Jews and their relatives. Roman Brodsky, an Israeli citizen, living in Kyiv was killed Feb. 28 as he tried to escape the city.

Israel is pondering how to take advantage of the situation to entice a sizeable number of Ukraine’s Jewish population to immigrate here. “This is a historic opportunity,” Knesset member Zvi Hauser, chair of the Knesset’s Foreign Affairs and Defense Committee, told Al-Monitor. “We must recognize it, understand it, as Prime Minister Yitzhak Shamir understood in 1989, well before many others, that the collapse of the Soviet empire would prompt a million Russian Jews to immigrate to Israel.”

On Feb. 27, after receiving a direct request from Zelenskyy, Bennett called Putin. “The Russian president was quick to take the call and it went on for about half an hour,” a senior source close to Bennett told Al-Monitor on condition of anonymity. “He did not express enthusiasm for the Israeli mediation offer right now, but left an opening for future developments.”

Israel believes that's why it should maintain its “special position” among the sides rather than mobilize to stand unambiguously alongside Ukraine. “For now,” a senior Israeli political source told Al-Monitor on condition of anonymity, “the Americans, the Russians and the Ukrainians all understand us. Except for several WhatsApp messages to our ambassador at the UN, the Americans are keeping their options open.”