An audio statement from IS confirmed previous reports that Abu al-Hassan al-Hashimi al-Qurashi is its new leader, but his real identity and background is not clear. 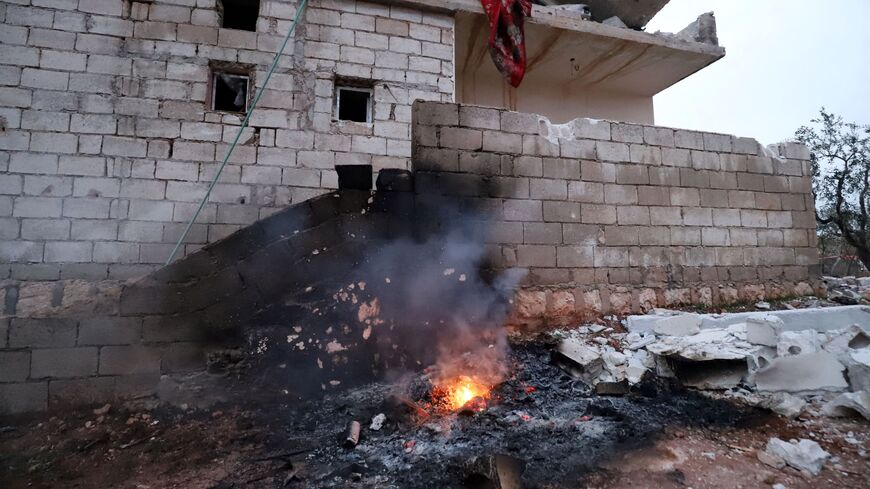 Objects are set on fire around the house in which the leader of Islamic State (IS) group Abu Ibrahim al-Hashimi al-Qurashi died, in the town of Atme in Syria's northwestern province of Idlib, on Feb. 3, 2022. - ABDULAZIZ KETAZ/AFP via Getty Images

The Islamic State group announced a new leader on Thursday, naming Abu al-Hassan al-Hashimi al-Qurashi as the organization’s new commander and calling on all followers to pledge allegiance.

An IS audio statement released today, but apparently recorded last month, named Abu al-Hassan as its caliph and confirmed the death of its prior head, Abu Ibrahim al-Hashimi al-Qurashi – also known as Abdullah Qaradash or Hajji Abdullah.

Hajji Abdullah, who blew himself up in a US Special Forces raid in northwest Syria on February 2, had selected Abu al-Hassan as his successor prior to his own death, IS said in the statement.

The group did not confirm the circumstances of Hajji Abdullah’s death, saying only that he and spokesperson Abu Hamza al-Qurashi died while fighting.

Why it Matters: While the new leader’s real identity remains unclear, reports of his appointment emerged almost immediately following his predecessor’s death.

The jihadi group has yet to release an image of its new leader, suggesting in the audio statement that one could be released in the future.

What’s Next: US officials have cautioned that last month’s death of Hajji Abdullah would not be the end of the IS terror group.

Shortly before his death, the jihadi leader oversaw the group’s deadliest attack in years — a prison break that left hundreds dead in the northeast Syrian city of Hasakah. IS’s statement today confirmed Hajji Abdullah’s role in the attack.

The battle was a clear sign that the group still has a significant number of sympathizers willing to kill and die for their ideology.