Iraq is facing reduced electricity and gas supplies from Iran, which might lead Iraq toward an electricity connection with the Gulf. 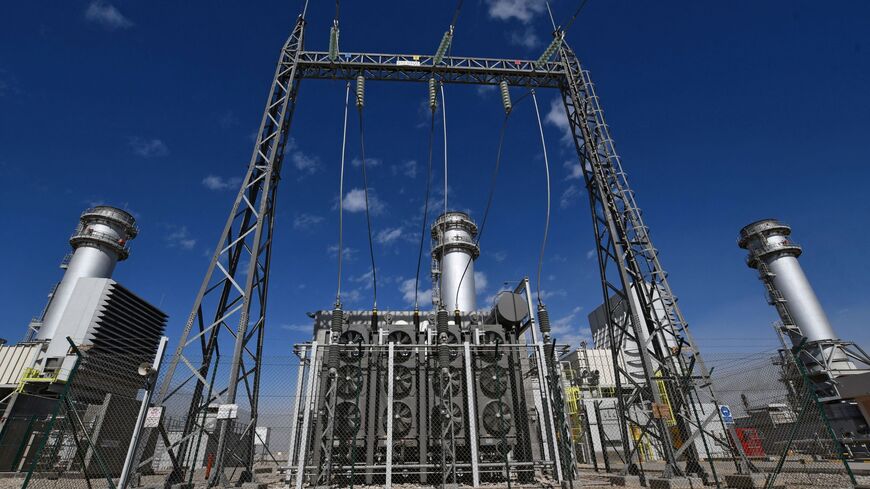 A partial view of the Dhi Qar Combined Cycle Power Plant near the Iraqi city of Nasiriyah on Jan. 20, 2022. - ASAAD NIAZI/AFP via Getty Images

Iraqi government officials signed a memorandum of understanding on Jan. 25 with Saudi Arabia to connect the two countries' power grids, ending the monopoly of energy supply from Iran.

Iraq is currently heavily dependent on Iran for electricity and fuel for its power plants, but Iran has recently been unable to supply the agreed-upon amounts. Iran was supposed to export 35 million to 50 million cubic meters of gas based on the season, but it is only providing 8 cubic meters at the moment. Also, the agreed-upon export of 1,500 megawatts of electricity has reduced to 200 recently.

This has cut the power supply to Iraqi consumers significantly. Most of Iraq’s power plants use gas generators, so the gas cutbacks affect electricity as well.

Iraq has been trying to find alternatives through the Gulf or Jordan and Egypt but nothing has been finalized yet.

At the Iraq-Saudi Arabian Trade Forum in Riyadh, Saudi Arabia, Hamid Al-Ghazzi, secretary of the Iraqi cabinet, said "Both countries are working on several issues, including connection of the electricity grids and the development of industrial cities," in a Jan. 24 opening speech. The remarks came just hours after Prime Minister Al-Kadhimi blamed Iraq's previous governments for electricity problems.

The next day, Iraqi and Saudi officials reached a memorandum to connect the two countries' power grids. The Saudi Minister of Energy, Amir Abdulaziz bin Salman, and Secretary of the Iraqi Council of Ministers Hamid Al-Ghazzi, accompanied by Iraqi Oil and Electricity Ministers Ehsan Abduljabbar and Adel Karim, signed the memorandum.

Following the meeting, bin Salman said that the memorandum aligned with Saudi Arabia's vision for 2030. Karim said that the grid connection will be completed in two years.

The move has drawn severe criticism. Uday al-Khudran, one of the leaders of the Fatah Alliance, called the connection a waste of Iraqi money, economically useless and politically harmful. He added that the project would provide Iraq with 500 megawatts of electricity, which would not even power Baghdad.

Before signing the memorandum, Ali Shaddad, a member of the Iraqi parliament, had also voiced criticism. "The Iraqi government is required to disclose the details of the electricity connection contract between Iraq and Saudi Arabia," he said. "The Iraqi government is also required to disclose the agreements previously signed in energy connection with Gulf countries and Turkey and even Jordan."

Faleh al-Khazali, a member of parliament for the Al-Sanad al-Watani Alliance, allied with Fatah, claimed he has evidence that the government has failed in managing electricity. The Saudi electricity price would be between 8.8 and 11.8 cents per kilowatt-hour, much more than the four cents that Iran is providing at the moment.

Most of these criticisms come from Iraqi groups close to Iran. Last May, news broke that Iran was trying to block Iraq from connecting to the Gulf. Skynewsarabia also reported that Iranian officials had offered to sell discounted electricity to Iraq to halt the project. But Iraq has turned to neighboring countries because of the frequent cuts in electricity and gas exports from Iran.

On Aug. 10, Iran completely cut off electricity exports to Iraq due to a surge in heat. The former Iraqi Minister of Electricity, Majed Mahdi Hantoosh, resigned a month earlier over another suspension of Iran's electricity exports, this time because of the impossibility of transferring money to Iran.

According to Mahdi Karamipour Moghaddam, former secretary-general of the Iran-Iraq Joint Chamber of Commerce and energy economics expert, Iraq, like other countries, prefers to buy energy from different vendors, due to heavy sanctions on Iran.

However, grid connection with Saudi Arabia also is not easy. There are currently no transmission lines between the two countries, and according to energy expert Bilal al-Khalifa, Iraq will have to pay a lot to build them. In addition, the lines will pass through uninhabited land, which exposes them to terrorist attacks. The length of transmission lines also leads to high energy loss and voltage drop.

There are currently four main transmission lines between Iran and Iraq.

Also, due to the difference in electricity frequency between Iraq and Saudi Arabia, direct connection of electrical networks is impossible, and frequency converters must be used.

Iraq is also looking at other options, such as importing gas from Qatar for its power plants, or making a three-way arrangement with Turkmenistan and Iran.

In any case, the electricity problem in Iraq is likely to persist as long as Iraq has no comprehensive plan either to increase production or to upgrade a network that is wasting up to 35 percent of its electricity.