Iraq has signed an agreement with Iran to continue importing gas and electricity for two years. 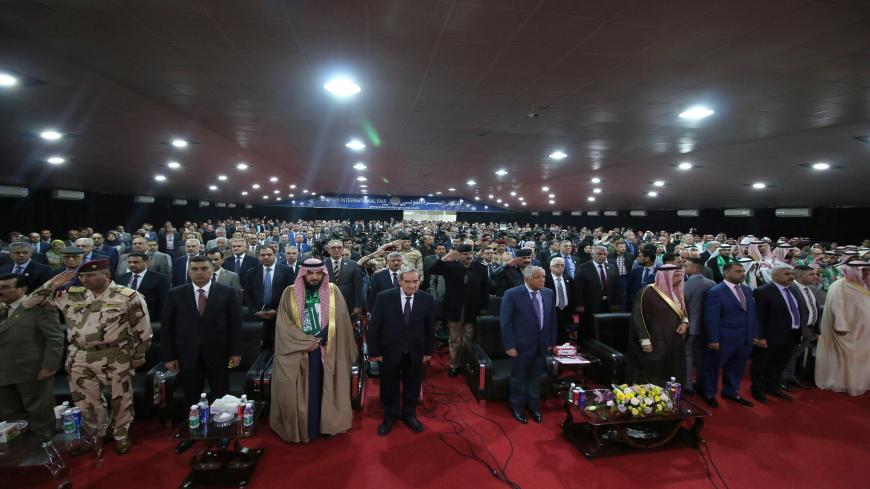 Prime Minister Mustafa al-Kadhimi had refused to allow the visiting delegation to enter the country without a visa, breaking the practice previously prevailing between the two countries.

Qaani was part of an official Iranian delegation headed by Reza Ardakanian, Iran's minister of energy. On June 4, the delegation met with Kadhimi, Iraqi President Barham Salih and parliament Speaker Mohammed al-Halbusi. On the agenda were trade, energy and the upcoming strategic dialogue between Baghdad and Washington, including the presence of US troops in Iraq.

Ardakanian announced that a new agreement was signed with the Iraqi government to export electricity to Iraq for a period of two years. He also noted that Iraq has paid $400 million of its energy dues.

The Iraqi Ministry of Electricity revealed in a statement that Electricity Minister Majid Mahdi Hantoush and senior officials from the ministry discussed a number of issues with the Iranian delegation, most notably the agreement of synchronizing power grids. The statement highlighted the Iranian contributions to the energy sector and infrastructure in Iraq and the bilateral trade exchange.

The statement noted that the delegation discussed Iranian gas supplies to run Iraqi power plants and increasing the efficiency of the energy transferred through Iranian grids for some of the provinces of Iraq in the south, Diyala and Baghdad.

The Iranian delegation's visit that focused on cooperation in the field of electricity comes about two weeks after the visit of Iraqi Finance Minister Ali Abdul-Amir Alawi to Saudi Arabia.

Alawi had discussed the import of electrical energy and gas necessary for Iraq's power plants, in a bid to spare Iraq economic sanctions by Washington after the end of the four-month grace period extended to Baghdad to import energy from Tehran.

Iraq faces a desperate budget crisis because of previous mismanagement, low oil prices and the economic impact of the coronavirus crisis. The government is undertaking reforms to pay the salaries of its public employees in the coming months, and may resort to external borrowing if oil prices keep plummeting.

Al-Monitor learned from an informed government source that the Iraqi government is still committed to the plans of electrical connection with the Gulf states, in particular Saudi Arabia. “But those plans need at least two years to be implemented,” the source said. “They also include developing gas extraction projects from Iraqi fields. This was explained to the Iranian delegation before signing the agreement for importing electricity and gas from Iran.”

The source clarified that the Ministry of Oil is in the process of signing contracts with large international companies to develop Iraqi gas fields, and that the objective is to reduce reliance on imported gas within the next few months.

On the US grace period for Iraq for vital energy imports, the source said, “The Iraqi government expects Washington to extend its sanctions waiver to import Iranian electricity. The United States is well aware of Iraq’s dire economic conditions and of the seriousness of its gas and electricity self-sufficiency plans and projects.”

Haneen Qaddou, a member or parliament for the Fatah Alliance, told Al-Monitor, “Signing agreements with neighboring countries to supply Iraq with energy is very important to diversify sources and overcome power deficits.” Qaddou, who is a member of the parliamentary Finance Committee, said that the committee is going to host Allawi in parliament to inquire about the results of his visit to Saudi Arabia and the electricity contract signed with Iran recently.

Qaddou noted that the period of two years is logical, especially since any alternative connections with other neighboring countries need between six months to one year, and until then an energy source is needed.

In addition, Qaani discussed during the visit the Iraqi-US negotiations on the US military presence in Iraq that are expected to take place in June.

Media leaks revealed a connection between the electricity issue and the negotiations. Iran has, allegedly, offered to persuade the political forces close to it not to thwart the efforts of the Iraqi prime minister during the negotiations, in exchange for Iraq signing electricity and gas contracts with it and guaranteeing the settlement of its debts.