Several Russian warships have arrived in Tartus in western Syria, and this could affect a potential conflict with NATO over Ukraine. 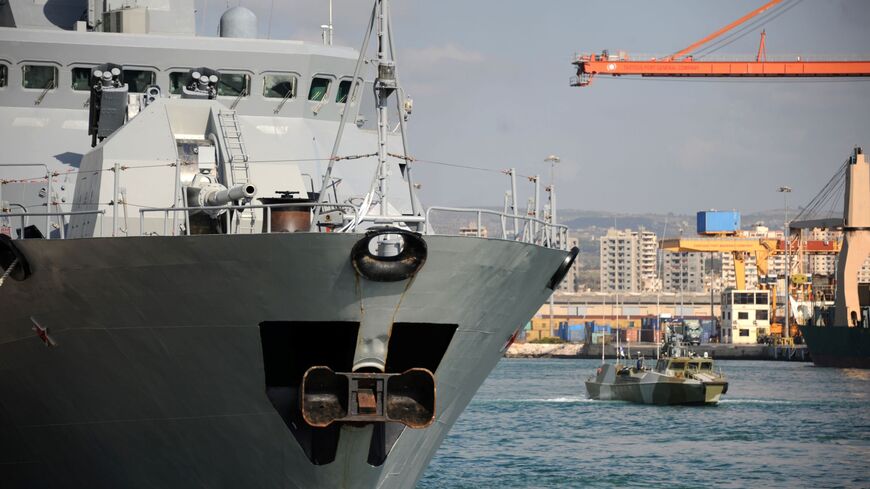 A Russian ship is pictured at the Russian naval base in the Syrian Mediterranean port of Tartus on Sept. 26, 2019. - MAXIME POPOV/AFP via Getty Images

The news demonstrated the continued importance of Tartus, which is the only Mediterranean port that Russia has access to. Russia built a naval facility there in 1971, but its presence gained more media coverage after the start of the Syrian civil war in 2011. Armed opposition forces ultimately pushed into the neighboring coastal province of Latakia, but the Russian military intervention in 2015 turned the tide of the war in the Syrian government’s favor.

Forces loyal to Syrian President Bashar al-Assad now control most of the country, and Tartus is not at risk of falling into rebel hands.

The port of Tartus has considerable strategic value for Russia to counter the expansion of the North Atlantic Treaty Organization (NATO) on its borders in Europe. To this end, Russia wants to create a military threat on NATO’s southern flank in the Mediterranean from Tartus, Anton Mardasov wrote in Al-Monitor in December. NATO members Turkey, Greece and Italy are positioned above Syria in the eastern part of the sea.

Some analysts in Washington agree.

“The principal rationale for Russia’s return to the region has been the prospect of a military confrontation in the European theater and concerns about the vulnerability of its southern flank in a conflict with NATO,” read a May report from the Carnegie Endowment for International Peace. “The Kremlin may aspire to dominate the Mediterranean one day, but for now its aim is to deny this option to NATO.”

Beyond geopolitical and security considerations, Tartus is also an important economic asset to Russia. Last month, seaports in Russian-controlled Crimea signed an economic cooperation agreement with the Tartus port. Syria’s trade minister visited the Black Sea to facilitate the deal.

Last June, a Russian official said they want to upgrade the Tartus port to help facilitate Syrian imports and exports, the official TASS news agency reported. Syria relies on Russia economically in part because of US sanctions on Syria.

Russia is now working to expand the naval facility in Tartus. Last year, the Russian military began constructing a floating dock there. This refers to a dock that can be either flooded with water or dry. Russia planned the dock to be finished this year.