Having reached the conclusion that a new Iran deal is inevitable, Israel is now focusing on getting tactical assurances and military support from the United States. 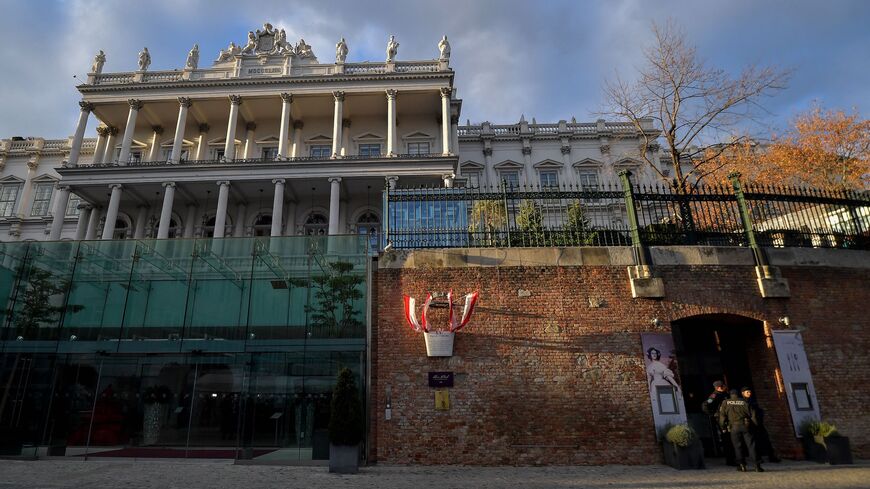 Austrian police guards are seen outside of the Coburg palace during a meeting on the Joint Comprehensive Plan of Action in Vienna on Dec. 3, 2021. - JOE KLAMAR/AFP via Getty Images

Israel’s struggle against Iran’s nuclear race and its entrenchment in the Middle East is reminiscent of the Israeli and global campaign against the coronavirus: dizzying reassessments, embarrassing intelligence flaws and a sense of chaos.

Israel’s current defense assessment, a complete about-face, is that Iran and world powers are likely to achieve a breakthrough and reach an agreement about the one signed in 2015 and from which President Donald Trump pulled out in 2018. This new assessment could also be upended in the coming weeks, suggesting that things around the negotiating table in the Austrian capital are also chaotic and do not lend themselves to forecasts or control.

Israel is hoping that the Biden administration can pull off an achievement that will help Israeli leaders sell a new agreement to their public. Israel’s best-case scenario is for the sides to delay the agreement's controversial sunset clause, which sees some restrictions on the nuke program lifted in 2025 and 2030. Israel views it as the greatest flaw of the 2015 agreement and argues that the clause would allow Iran to amass weapon-grade uranium after 2031.

Almost seven months after being forced out of office, the spirit of former Prime Minister Benjamin Netanyahu lingers over the chaos. As head of the Knesset opposition, Netanyahu relentlessly attacks his successor, Prime Minister Naftali Bennett, for giving in to the Biden administration. Netanyahu accuses Bennett of failing to mount an effective battle against the emerging deal, which Netanyahu regards as a modern incarnation of the 1938 Munich Agreement with Nazi Germany. It would surely hurt Bennett to be equated with the British leader who signed the deal with Hitler, Neville Chamberlain, depicting him as the Israeli leader who caved to the United States and allowed Iran to become a threshold nuclear state.

Israeli journalist Barak Ravid reported this week that the new military intelligence head, Maj. Gen. Aharon Haliva, briefed the security cabinet on Jan. 2 and said that of the two current possibilities in Vienna, a return to the deal or a collapse of the talks, reaching agreement would be the lesser evil. Israel’s security agencies would rather Iran’s nuclear-related activities are placed under clearly defined international supervision than for world powers to effectively grant Iran a license to kill if negotiations fail.

This was also the case during negotiations on the original deal with Iran, when Israel’s security assessment determined that the advantages of an agreement outweighed its disadvantages, providing Israel with a window of 10 to 15 years to direct its resources to other security challenges and prepare for the post-sunset era of the deal with Iran. Security officials did not take part in Netanyahu's efforts to convince Trump to withdraw from the agreement.

Trump’s withdrawal caught Israeli military and intelligence agencies by surprise, and they warned that the move could be a double-edged sword. That warning is proving prescient.

What, then, explains Israel’s cautious optimism following the Dec. 22 visit by US national security adviser Jake Sullivan? “The Americans,” a senior Israeli security source told Al-Monitor on condition of anonymity, “want to put this whole issue behind them. They do not share our long-term view. They are only interested in the coming year or two. They want to check off the Iran deal and move on. They have China to deal with, and Covid. They are far less concerned with the fact that Iran is shaping up to be a near-threshold nuclear state. For the US, the Iranian nuclear threat is not existential, as it is for us, but they are aware of the global and regional catastrophe that could occur if Iran does achieve breakout capability. No president wants this to happen on his watch, so they repeatedly declare that if we reach that point, they will have sufficient time and intelligence to block this move using military means.”

"So why are you pleased?” I asked. “Because the Americans completely understand our concerns and explain to us that if the Iranians rush to nuclear capability once the agreement expires, they would will be dealt with aggressively.” The source added, however, that this was not the main issue. “When we realized that this thing was headed for agreement — and that is our conclusion right now, and since we know we cannot block this agreement — all we can do is minimize the damage and achieve as much input and compensation on the security level from the US in order to ease our concerns.”

“And have you been successful in this regard?” I asked. “Mostly, yes,” the source replied. “The Americans, it seems, understand Iran’s intentions and they agree with all our assessments. And we have managed to explain to them that mechanisms are required to prevent Iran from investing the big money that it stands to make under the new agreement in the continued spread of terrorism. They will also bolster and improve our military advantage over the region and they have promised that if Iran achieves nuclear breakthrough at any given moment, they would block it with all the means at their disposal.”

Apparently, we can expect that if an agreement is reached, it will be accompanied by a significant American package for Israel and its allies in the Middle East. The agreement with Iran may include additional clauses enhancing it — or it may not. Either way, Israel seems to have accepted the fact that it does not stand a chance of diverting the march of history. It's praying that the likely path will shift and if not, that Israel can achieve as many tactical advantages as possible from this strategic disaster. 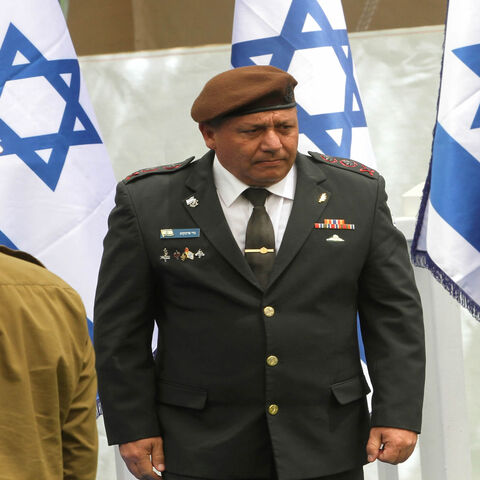