Can Israel live with an Iranian nuclear deal? Maybe so. 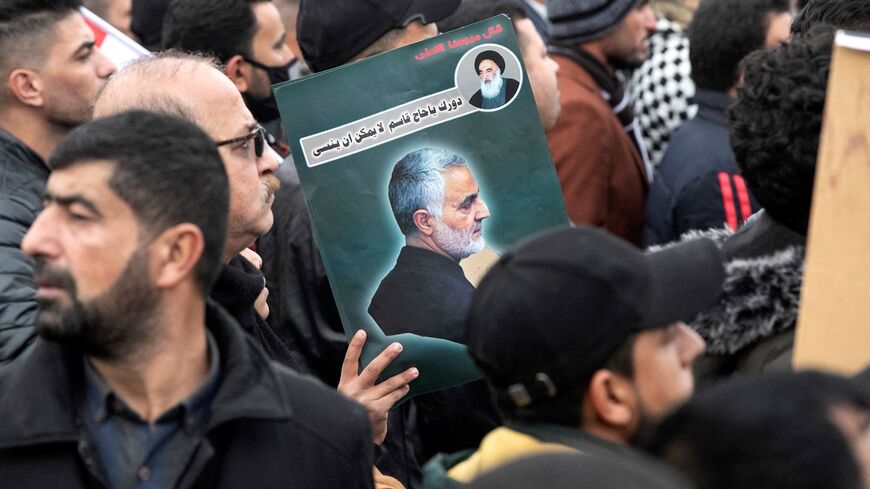 Members and supporters of Iraq's al-Hashed al-Shaabi ex-paramilitary alliance take part in a demonstration and a symbolic funeral for slain top Iranian commander Qasem Soleimani (placard) and slain Iraqi commander Abu Mahdi al-Muhandis in Baghdad, on Jan. 1, 2022, commemorating the second anniversary of their killing in a US raid. - SABAH ARAR/AFP via Getty Images

…while ‘bits of progress’ in nuclear talks

French Foreign Minister Jean-Yves Le Drian said on Jan. 7, that he remains “convinced” a deal can still be reached and “bits of progress have been made in the last few days.”

Earlier this week, US State Department spokesperson Ned Price noted, “There has been some progress relative to the beginning of December in identifying the hard issues left to be negotiated,” as we report here.

…and Israel plans for an Iran nuclear deal

In a “complete about face,” reports Ben Caspit, Israel now assesses that the world powers and Iran will agree on a new nuclear accord this year.

And Israel can live with that, a senior Israeli security official told Caspit, given the close collaboration between Washington and Jerusalem.