French Foreign Minister Jean-Yves Le Drian said he remained convinced a deal is still possible, but warned "time is of the essence." 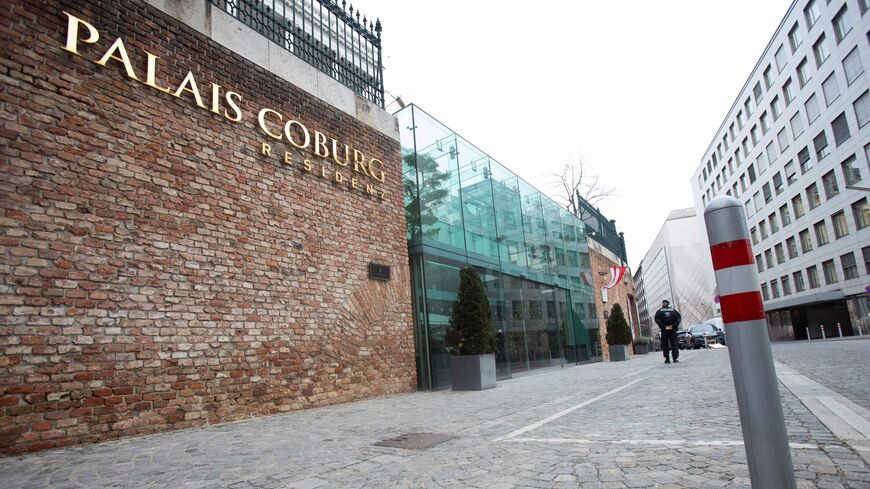 A police officer patrols outside The Hotel Palais Coburg, where talks are planned to resume on reviving the 2015 Iran nuclear deal, in Vienna on Dec. 27, 2021. - ALEX HALADA/AFP via Getty Images

The Iran nuclear talks have made progress in recent days but time is quickly running out to secure a deal, the French foreign minister said on Friday.

The eighth round of negotiations aimed at restoring the Joint Comprehensive Plan of Action resumed in Vienna on Monday after a brief holiday break. Iran’s negotiators returned to the talks in late November, reneging on compromises struck in previous rounds of talks, US and European officials said.

The United States and the other parties to the multilateral accord have since warned that the window is closing to cinch a deal in the Austrian capital. Late last month, negotiators from the so-called E3 — the United Kingdom, France and Germany — said "weeks not months" remained before the JCPOA’s original benefits were lost.

But on Friday, French Foreign Minister Jean-Yves Le Drian told BFM TV and RMC Radio that he remains “convinced” a deal can still be reached.

The United States, which abandoned the deal in 2018, is participating in the Vienna talks indirectly through European intermediaries. The Biden administration has warned it will impose “additional measures” on Iran if diplomacy fails.

On Tuesday, US State Department spokesperson Ned Price told reporters there had been some “modest progress” in the latest round of discussions, noting, “There has been some progress relative to the beginning of December in identifying the hard issues left to be negotiated.”

Tehran began violating the JCPOA, which restricted the purity and amount of Iran’s enriched uranium stockpile, after former President Donald Trump abandoned the deal in 2018 and reimposed economic sanctions. Its negotiators have insisted the United States withdraw all sanctions before Iran reverses any of its violations. Iran also wants a guarantee that future presidential administrations won’t withdraw from the deal.

“There’s an informal and an indirect exchange of messages with the Americans in Vienna. We hear good words from that delegation, but what is important to us is to see practical and serious American actions,” he said.