Foreign Minister Jean-Yves Le Drian also said France had yet to determine whether Iran was ready to pick up where the talks left off in June. 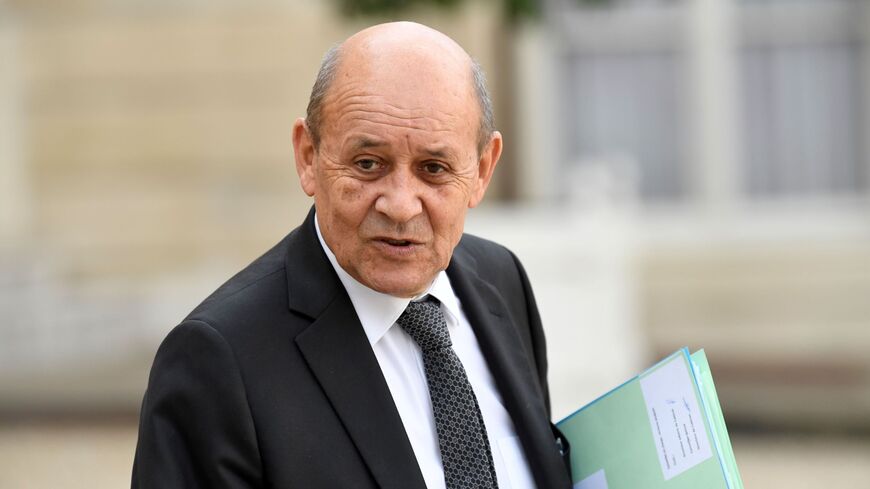 France, Iran and the other signatories to the Joint Comprehensive Plan of Action, or JCPOA, are set to resume negotiations over the landmark nuclear accord in the Austrian capital on Nov. 29. They’re the first such talks since the election of hardline Iranian president Ebrahim Raisi in June.

Foreign Minister Jean-Yves Le Drian told Le Monde that France needed to determine whether the talks would pick up where they left off this summer.

"If this discussion is a sham, then we will have to consider the JCPOA empty," he told the French newspaper in an interview published Friday.

“The United States is ready to return to the negotiations where they left off in June, so that they can be concluded quickly. We will assess from the 29th and in the following days whether this is also the Iranian will,” he said.

Since the last round of talks wrapped in June, Tehran has continued to violate its commitments under the JCPOA. The United Nations’ atomic watchdog, the International Atomic Energy Agency, told member states this week that Iran has increased its stockpile of highly enriched uranium and is refusing to grant inspectors access to a nuclear site where it has reportedly resumed production of advanced centrifuges

On Thursday, French Foreign Ministry spokesperson Anne-Claire Legendre called on the IAEA to send a “strong message” that Tehran should resume cooperation with the agency and return to full implementation of the nuclear deal.

Her Iranian counterpart Saeed Khatibzadeh responded Friday by saying Iran “has always emphasized that the IAEA's reputation as a technical and specialized body of the United Nations should be free from any political behavior.”

The Biden administration has pledged to rejoin the nuclear accord that President Donald Trump abandoned in 2018 if Iran resumes compliance. But US officials increasingly warn that the window is closing for diplomacy.

On Friday, the US special envoy for Iran, Robert Malley, accused Iran of dragging its feet and said that "time is short for a return to the JCPOA.”

"The time will come if Iran continues at this pace with the advancements they've made, (it) will make it impossible even if we were going to go back to the JCPOA to recapture the benefits," he told the Manama Dialogue conference in Bahrain.