As negotiators reconvened in Vienna on Monday, a spokesperson for Iran's Foreign Ministry said three sticking points need to be resolved. 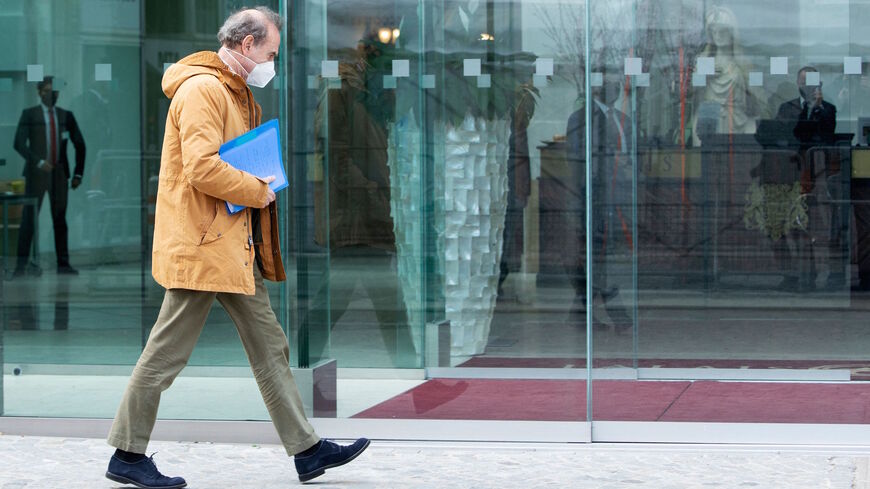 Deputy Secretary General of the European External Action Service Enrique Mora arrives at the Coburg Palace, venue of the meetings that aim to revive the Iran nuclear deal, in Vienna on Feb. 8, 2022. - ALEX HALADA/AFP via Getty Images

Iran said on Monday there are three main hurdles to overcome before Tehran can reach a new nuclear deal with world powers in Vienna.

"Reaching a good deal is possible," Iranian Foreign Ministry spokesperson Saeed Khatibzadeh told a weekly news conference. "Three key issues still remain to be resolved. The US and European powers have not taken political decisions on these major issues."

According to Khatibzadeh, those sticking points are the scope of sanctions relief, uranium traces found at undeclared sites and whether the United States can guarantee it won’t again quit the deal. The last of those issues is a nonstarter for the Biden administration, which has said it has no way to legally bind future presidential administrations to an accord.

Why it matters:  Khatibzadeh’s comments come as negotiators reconvened in Vienna Monday for what the original parties to the Joint Comprehensive Plan of Action have deemed the final stretch of the talks that began in April.

The Biden administration, which is participating indirectly in the negotiations, has said an agreement is in sight but that one must be reached quickly before Iran’s nuclear advances render the original deal meaningless.

But as Iran's chief negotiator Ali Bagheri Kani returned to the Austrian capital on Sunday following consultations in the Iranian capital, Khatibzadeh said Tehran would not accept any deadline imposed by Western powers.

What else:  As Iran dismissed concerns that time is running out, France said Monday that a deal to restore the JCPOA must be reached this week.

“There is a critical urgency to conclude the negotiations this week,” French Foreign Ministry spokesperson Anne-Claire Legendre told reporters.

Know more:  The United States and Iran are also holding separate discussions over a possible prisoner swap. Here’s a closer look at the four Americans who could be part of an exchange. Plus, we discuss how the crisis in Ukraine is affecting the Vienna talks.