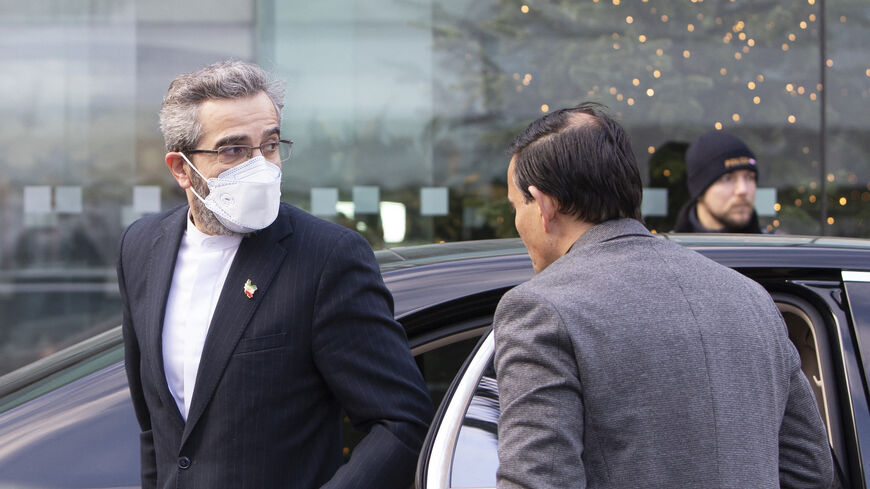 Talks aimed at resurrecting the Iranian nuclear agreement will break on Friday for several days before resuming next week, according to Iran's top negotiator.

“We have made good progress this week,” Ali Bagheri Kani tweeted on Friday. “We will convene a Joint Commission today & will continue talks after a break of a few days.”

Kani’s comments come as the United States and the remaining parties to the nuclear deal — Britain, France, Germany, China and Russia — seek to revive the Joint Comprehensive Plan of Action (JCPOA), which in 2015 set curbs on the country’s nuclear program in exchange for sanctions relief.

Iran and world powers returned to Vienna in late November for their first meeting since the June election of hard-liner Iranian President Ebrahim Raisi. Iran refuses to talk directly with the United States, so the two sides are negotiating through European intermediaries.

One of the main sticking points remains the order in which Washington lifts sanctions and Iran resumes compliance with its nuclear obligations. Tehran began violating the JCPOA, which restricted the purity and amount of Iran’s enriched uranium stockpile, after former President Donald Trump abandoned the deal in 2018 and reimposed economic sanctions. Its negotiators have insisted the United States withdraw all sanctions before Iran reverses any of its violations.

Iran is using advanced centrifuges to enrich uranium up to 60%, a purity level well beyond what’s permitted under the deal but short of what’s needed to produce a bomb. Iranian officials insist their nuclear program is for peaceful purposes only.

Western officials have told reporters that Iran’s negotiating team has reneged on concessions made in previous rounds of talks and came to the table with fresh demands that are inconsistent with the JCPOA. Amid increasing skepticism surrounding the talks, the Biden administration has warned it will take “additional measures” on Iran if diplomacy fails.

Earlier this week, diplomats from the so-called E3 — France, Germany and the United Kingdom — said negotiations had lost “precious time” due to Iran’s new demands. France’s ambassador to the United Nations warned the negotiations are “rapidly reaching the end of the road.”

Bagheri has described the European criticism as “trying to create a negative atmosphere in order to make up for their shortcomings at the negotiation table.” He told the Iranian press, however, that he is “optimistic about the future process of the talks.”