Ali Bagheri Kani, Iran’s top nuclear negotiator, said that he was optimistic about the current round of talks in Vienna. 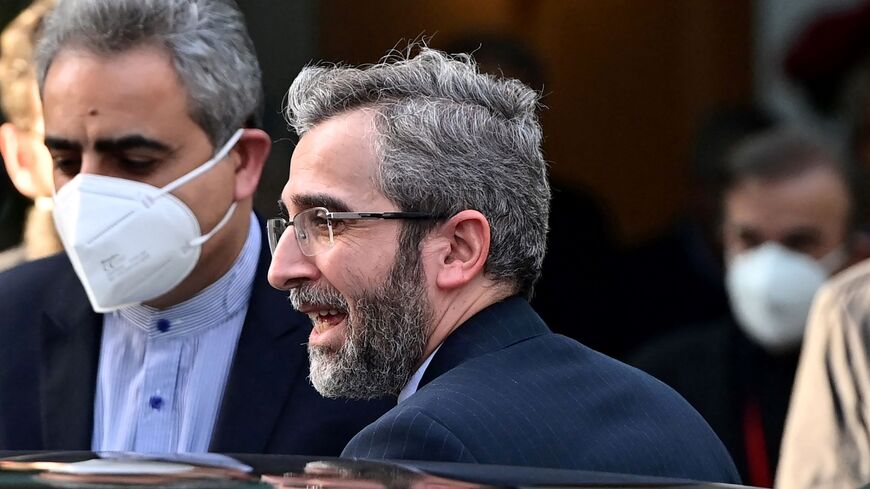 In an interview with Iranian media, Iran’s top nuclear negotiator, deputy foreign minister Ali Bagheri Kani, spoke about the progress being made at the ongoing talks in Vienna.

Speaking with IRNA, Bagheri said that the two fundamental issues in the Vienna talks are “what issues should be negotiated and the negotiations over those issues,” meaning that the parties in the Vienna talks cannot yet agree on what topics are up for negotiations and what are not. Bagheri added that another point of conflict is the “scope and domain” of the talks, but he added that the negotiators have reduced the parameters.

Bagheri said it is natural to have differences, but that it would be “very good progress” if negotiators could agree on the parameters. He said that even under the previous six rounds of talks (under the previous Iranian administration), there was not a full agreement on the scope.

Bagheri called media reports from European sources “unconstructive.” European warnings about a possible breakdown, Bagheri said, are “trying to create a negative atmosphere in order to make up for their shortcomings at the negotiation table.”

There are ongoing talks in Vienna both at the expert and technical level as well as between top diplomats. Representatives from Iran, China, Germany, France, the UK, and Russia are all participating. The US, which was part of the original 2015 Joint Comprehensive Plan of Action (JCPOA) but exited in 2018, is not currently part of the talks but is believed to be essentially represented by the E3 (Germany, France and the UK).

Iran wants US sanctions removed, which the US re-applied in 2018 when it exited the deal, and the US wants Iran to reduce its nuclear enrichment levels and increase their inspection permissions back to the original terms of the JCPOA. According to Tasnim News Agency, the Iranian delegation had objected to new American sanctions on Iran as the talks resumed. The JCPOA removed sanctions which allowed Iran to sell its oil and conduct banking transactions. However, other US sanctions still remained in place under the JCPOA, and the US Treasury has continued to designate new ones.

Despite the challenges, Bagheri described himself as “optimistic about the future process of the talks.” However, he added that, “We will never forget the hostile, illegal, destructive and even inhumane actions of some of the opposing parties.”