According to sources quoted in Iranian media, the European delegation is seeking to end the current talks and consult with the United States. 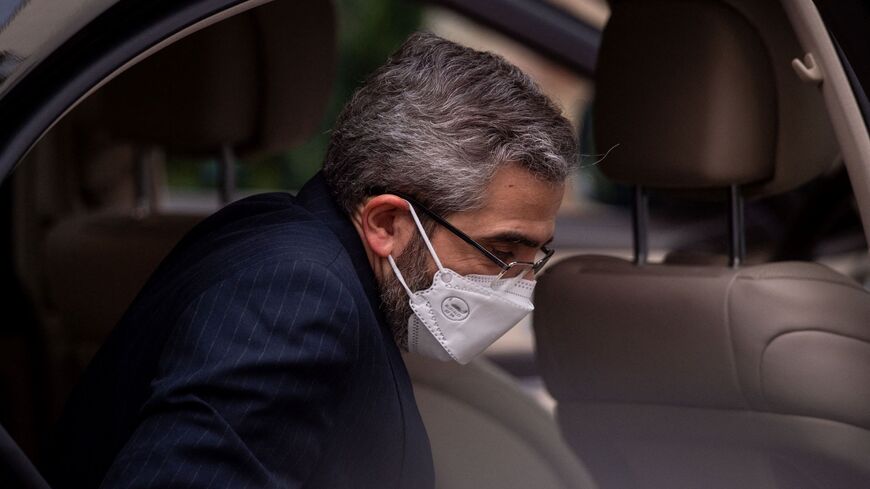 Iran's chief nuclear negotiator, Ali Bagheri Kani, arrives at the Coburg Palais, the venue of the Joint Comprehensive Plan of Action (JCPOA) meeting, in Vienna on Nov. 29, 2021. Tehran's nuclear program is back under the spotlight as international talks between Iran and world powers to revive the 2015 nuclear deal restart. - VLADIMIR SIMICEK/AFP via Getty Images

According to sources speaking to Iran’s Tasnim News Agency, the Europeans are seeking to end this round of nuclear talks in Vienna.

Iran and the so-called P4+1, four of the permanent members of the United Nations Security Council plus Germany, are currently in the Austrian capital for the seventh round of the nuclear negotiations to restart the Joint Comprehensive Plan of Action. Missing from the UN Security Council is the US, which exited the 2015 deal in 2018 and reapplied sanctions on Iran. In retaliation, Iran took incremental steps away from the terms of the JCPOA.

This is the first round of talks with the new Iranian administration, which has vowed to pursue a policy of sanctions removal and reentry into the original deal without any promises or hopes of better relations between Iran and the US. The European countries, particularly France and the UK, are believed to be representing — or perhaps mediating — between Iran and the US.

According to the Tasnim article, the Europeans want to “quickly end this round of talks.” The article continued that the biggest obstacle is that the Europeans want “to get the opinion of the US on a point-by-point basis.” Iran argues that since the US unilaterally exited the deal under the previous administration, it has deprived itself of a say and that Europe should act independently. Regardless of that talking point, however, it is US sanctions that Iran is seeking to end.

According to the Tasnim source, the Iranian delegation would prefer to continue these talks. While all sides agree that a re-entry to the deal cannot be negotiated in this round, Iran is hoping to agree to a framework of future talks leading to the removal of sanctions.

Despite the Tasnim news article, Iranian newspapers have been mostly upbeat about the start of these talks. The previous talks ended in June, and many observers were concerned that a delay would make the reentry of the US and Iran’s full compliance of the JCPOA nearly impossible.

According to Arman Melli Newspaper, a positive event is that Iran agreed to accept the summation of the previous six rounds of talks. There were concerns that new lead negotiator Ali Bagheri Kani would enter the talks wanting to start from the beginning.

Javan newspaper wrote that what separates these talks from the previous round is that President Ebrahim Raisi has said that Iran will never link the country’s foreign policy to the nuclear talks. Quoting Raisi in his conversation with French President Emmanuel Macron, Javan wrote, “If the Americans remove sanctions and the Europeans live up to their commitments, they should not be concerned about Iran’s commitments, because we have shown numerous times that we are bound by our commitments.”