The Biden administration has said the AIM-120C missiles are to help Saudi Arabia defend itself against hostile drone attacks from Yemen. 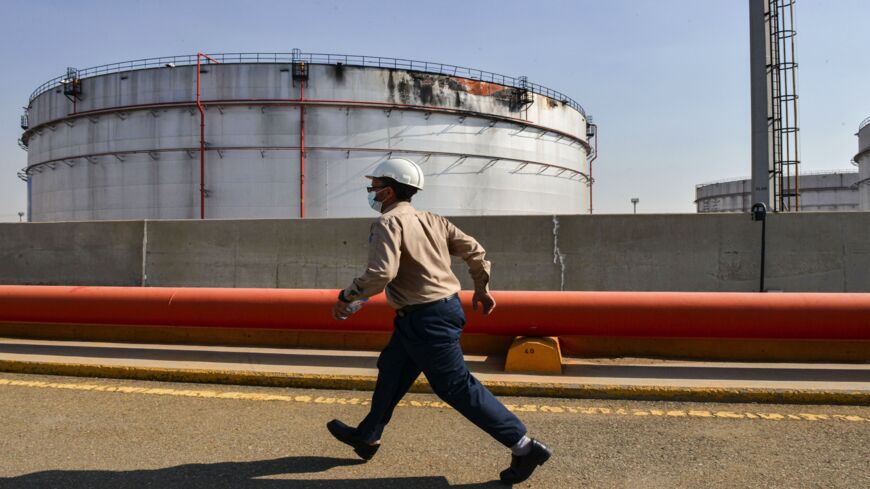 An employee at the Saudi Aramco oil facility runs near a damaged silo at the plant in Saudi Arabia's Red Sea city of Jeddah on Nov. 24, 2020. Yemen's Houthi rebels launched a missile attack on the facility on Nov. 23, triggering an explosion and a fire in a fuel tank, officials said. - FAYEZ NURELDINE/AFP via Getty Images

The US Senate declined to adopt a measure to block the Biden administration’s plan to sell air-to-air missiles to Saudi Arabia as the Gulf kingdom remains embroiled in Yemen’s civil war.

Lawmakers from both parties have repeatedly rallied in recent years to stop US weapons transfers to Saudi Arabia and the United Arab Emirates but have had little success.

The bipartisan opposition emerged in recent years amid international condemnation of the Riyadh-led coalition’s conduct in Yemen’s war, as well as Riyadh’s killing of Saudi dissident journalist Jamal Khashoggi.

The Biden administration said it halted support for offensive operations by the Saudi-led coalition in Yemen earlier this year, but it has continued to provide defensive support to the Gulf kingdom, which has been hit with increasing barrages of drones and missiles launched from Yemen.

"Make no mistake, the Saudi-led coalition bears the brunt of the responsibility for the devastation in Yemen. Yet I along with most members of this body have always supported the use of weapons systems in defense of civilian populations," Menendez said in a statement.

The White House said it "strongly" opposed the resolution.

McConnell said the attempt to block the sale “would undermine one of our most important regional partners” at a time when Saudi Arabia is “surrounded by violent threats conceived, funded and orchestrated by Iran.”

The State Department has said the AIM-120C AMRAAM missiles are key to Riyadh’s effort to shoot down Houthi drones fired into the kingdom from Yemen. Saudi Arabia is appealing to Western allies to refill its Patriot missile air defense systems, The Wall Street Journal reported Monday.

Sanders has long opposed US military support for Saudi Arabia amid the war. Lawmakers in the House of Representatives yesterday approved a compromise version of the national defense spending bill that did not include an amendment that would have halted all US maintenance support to Saudi warplanes involved in offensive strikes in Yemen.

That measure, introduced by Sanders and California Rep. Ro Khanna (D), cleared the House in September but was stripped out of the 2022 National Defense Authorization Act as lawmakers raced to reach a compromise after weeks of bickering that prompted a statement of concern from Defense Secretary Lloyd Austin.

Congress has never successfully blocked a planned US weapons sale via a joint resolution. Former President Donald Trump used his veto power three times during the previous administration to push through arms sales to the Gulf amid bipartisan opposition.