Rep. Ro Khanna's amendment would have barred US maintenance support and weapons sales that contribute to Saudi-led offensive strikes in Yemen. 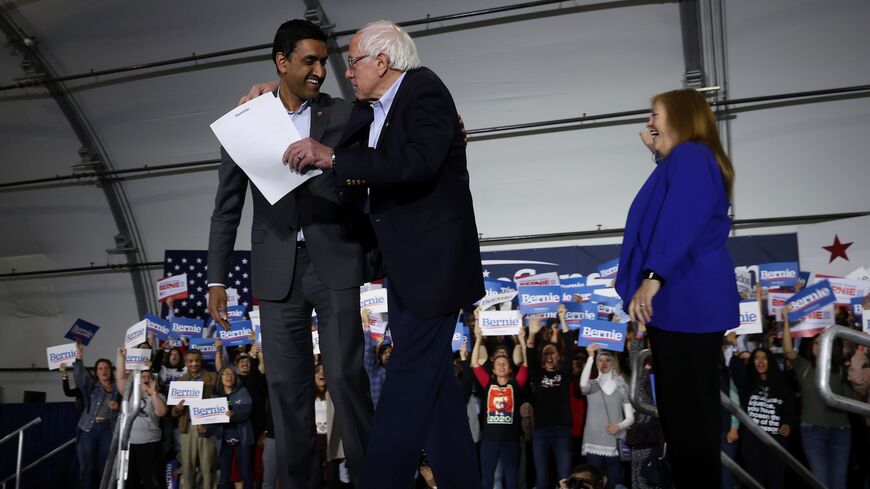 US lawmakers have removed a measure from the annual defense spending bill that would bar the Biden administration from supporting Saudi-led coalition warplanes involved in bombing Yemen.

The amendment was introduced by Rep. Ro Khanna (D-CA) and co-sponsored by Sen. Bernie Sanders (I-VT). It passed the House in September with the support of the chair of the armed services panel, Rep. Adam Smith (D-WA) and intelligence committee chair Adam Schiff (D-CA).

The measure would also have barred the US from sharing intelligence with the Saudi-led coalition to assist offensive airstrikes in Yemen.

It would also have made it illegal for members of the US military to “command, coordinate, participate in the movement of, or accompany” Saudi and Emirati forces in their fight against Houthi rebels in Yemen.

Khanna’s amendment, however, was not included in Tuesday’s compromise version of the 2022 National Defense Authorization Act, which Senate Democrats reached with Republican counterparts after weeks of disputes.

The House passed the compromise bill on Tuesday night 363-70, but a number of issues that had had bipartisan support – including an overhaul of the US military’s criminal justice system and a repeal the 2002 Iraq War authorization – were dropped.

Rep. Khanna released a statement Tuesday night along with Reps. Tom Malinowski (D-NJ) and Gerry Connolly (D-VA) after they voted against the compromise bill.

“The House-passed National Defense Authorization Act, which garnered strong bipartisan support, included numerous provisions to advance the fight against autocracy and corruption around the world,” the lawmakers noted, “including provisions to rebalance our relationship with Saudi Arabia in the face of the Kingdom’s disastrous war in Yemen and its campaign of reaching into other countries to threaten and kill its critics.”

The trio charged that “a small group of senators – for reasons that are not publicly explained or challenged – exercised a veto over these measures,” despite bipartisan support in both chambers.

“Passage of the Saudi Arabia-related measures would have sent a message to the Saudi leadership that US support is not a blank check," the statement read.

The massive $770 billion defense bill had been held up for several weeks over a number of issues, including sanctions against firms involved in Russia’s Nord Stream-2 natural gas pipeline and banning imports from China’s Xinjiang region over Beijing’s treatment of the Uighur minority group. The delay prompted a public statement of concern from Defense Secretary Lloyd Austin.

The failure of Khanna’s amendment marks a disappointing setback for progressive lawmakers and activists who have hoped for the legal enshrinement of the Biden administration’s stated policy of ending American involvement in Yemen’s grinding civil war.

“The US may not be able to stop all the violence it helped create, but it can stop enabling Saudi warplanes to bomb Yemeni civilians,” Sanders and Khanna wrote in an op-ed published by the Guardian on Friday.

”Doing so will save lives — not only the Yemenis spared in Saudi bombing runs, but also by utilizing its leverage to pressure Saudi Arabia to lift the blockade on Yemen, which continues to block fuel and other essential imports into the country, pushing millions of Yemenis toward the brink of starvation,” the two lawmakers wrote.

Khanna, Malinowski and Connolly said in the statement Tuesday that they will continue to push to get the Saudi Arabia amendments debated on the House and Senate floor.

Sanders is also co-sponsoring a joint resolution with Sen. Rand Paul (R-KY) to block the Biden administration’s planned sale of air-to-air missiles to Riyadh, which the State Department has said will be used to shoot down Houthi drones.

Despite bipartisan support, lawmakers' attempts to block arms sales to Saudi Arabia and the United Arab Emirates were repeatedly vetoed during the Trump administration.

The Yemeni rebels have launched tens of missiles and dozens of drones into Saudi Arabia in recent months, and Riyadh has retaliated in kind, bombing positions in Sanaa, Hodeida and contested Marib province.

Biden promised to halt US support for offensive operations in Yemen upon taking office, but defensive support has continued.

The commander of US forces in the Middle East, Gen. Kenneth “Frank” McKenzie, told Al-Monitor earlier this year that CENTCOM no longer provides intelligence for offensive strikes in Yemen. The US halted mid-air refueling for Saudi-led coalition warplanes in 2018.

Despite the bombing campaign, Yemen’s Houthi rebels have captured a majority of the country from pro-government forces. Saudi Arabia has shown interest in exiting the conflict, but the Houthis have ignored a ceasefire proposal put forth by Riyadh earlier this year, demanding an end to the coalition’s blockade of Yemen.