White House persuades Congress to ease up on Saudi Arabia

The White House convinced Congress to water down a key defense bill by removing language penalizing Saudi Arabia for the Yemen war and the murder of Jamal Khashoggi. 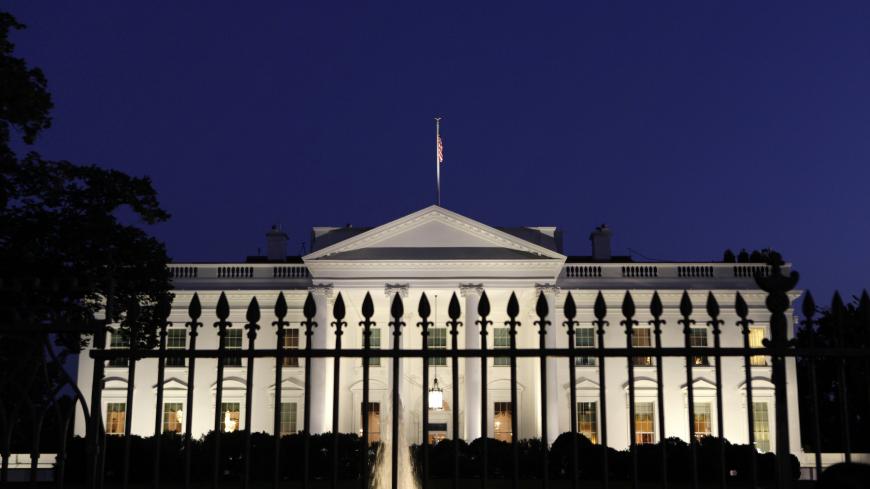 The White House successfully pushed Congress to remove language in the annual defense bill that would have imposed concrete penalties on Saudi Arabia for the war in Yemen and the murder of Washington Post journalist Jamal Khashoggi.

The House amended the National Defense Authorization Act (NDAA) 240-185 in July to block US funding for the Saudi-led coalition fighting Yemen’s Houthi rebels. At the same time, the House passed another NDAA amendment 405-7 in a veto-proof vote to sanction Saudi officials complicit in Khashoggi’s murder.

While both amendments had some degree of bipartisan support, Democrats agreed to remove the substantive impact of each Saudi provision from the final version of the bill during negotiations with the Republican-held Senate. Al-Monitor has learned that Republican negotiators successfully fought to keep the Saudi provisions out of the final defense bill after the White House marked it as a red line.

“I have been dismayed by how much defense Congress has given the White House to help draft the NDAA,” said Rep. Ro Khanna, D-Calif., who spearheaded the dead Yemen amendment. “It’s another example of Congress outsourcing our own power, our own responsibilities, to the executive branch. This has largely proven to be negotiations with the White House, and we capitulated to every White House and Pentagon demand.”

Khanna’s amendment would have ended US logistical and intelligence support for the Saudi-led coalition as well as blocked spare-part transfers and maintenance for Saudi aircraft. The final bill does include language banning the mid-air refueling of Saudi war planes, but the Trump administration already ended that last year.

“On some level it’s clear that Democratic leadership didn’t fight hard enough on this,” said Stephen Miles, the director of Win Without War, a coalition of anti-war activist groups. “We’re going to have to find new levers to pull.”

“The White House made absolutely clear that this was a red line,” Malinowski told Al-Monitor. “This is a president who has a Saudi Arabia-first foreign policy. This is all on the White House, and Republicans at the end of the day would not fight their own president on this issue.”

Malinowski’s amendment would have banned Saudi officials complicit in Khashoggi’s murder from entering the United States. He had refrained from more biting sanctions in order to secure the support from his Republican colleagues that made his amendment veto-proof.

“The extent to which so many senators spoke for so many months about the need to hold Khashoggi’s killers accountable, only to fold at crunch time, is truly pathetic,” said Rob Berschinski, the senior vice president for policy at Human Rights First.

However, the compromise language still requires the intelligence community to report the names of everyone complicit in Khashoggi’s murder — even if it doesn’t explicitly mandate sanctions.

“If they are honest, they will give us a list that has [Saudi Crown Prince Mohammed bin Salman] on it,” Malinowski told Al-Monitor. “If they do, there are other authorities in US law that provide for denial of visas to people who are gross violators of human rights.”

Although Khanna intends to vote against the final bill, Malinowski said he would vote yes, noting that he wants to “support the [Department of Defense] and military.” Like Democratic leadership, he also pointed to the fact that the final bill secured a key domestic priority for Democrats by guaranteeing three months of paid parental leave for federal workers.

But paid parental leave is likely not enough to get many left-wing Democrats on board the final bill, which authorizes a $131 billion increase in annual defense spending since Trump took office while removing virtually all other progressive national security priorities that Democrats initially had in their version of the legislation.

These provisions include language that would have blocked President Donald Trump from transferring arms to Saudi Arabia; a provision clarifying that he cannot take offensive military action against Iran without congressional authorization; and a repeal of the 2002 military authorization to invade Iraq.

“What if we had the war in Iraq tied to [giving] you three months of paid parental leave,” said Khanna. “You can attach a domestic policy priority to almost any foreign policy to try to get people to vote for it, but in the past, we’ve always said you can’t link the two.”

Khanna and anti-war activist groups that he’s worked closely with on Yemen are currently regrouping to chart a new path forward after a major defeat this week. One avenue may be the appropriations process as Congress faces a deadline to fund the government by the end of next week.

A bipartisan group of senators attached an amendment to the State Department funding bill in September that would end US funding for the Saudi-led coalition unless Riyadh and the United Arab Emirates cease transferring US weapons to their Yemeni proxies.

House appropriators have taken a more abstract approach, adding a war powers provision to their State Department funding bill that would require the Trump administration to end “hostilities” in Yemen.