One year after Jamal Khashoggi’s murder, Congress still seeks to hold Saudi Arabia accountable despite resistance from President Donald Trump and his allies in the Senate. 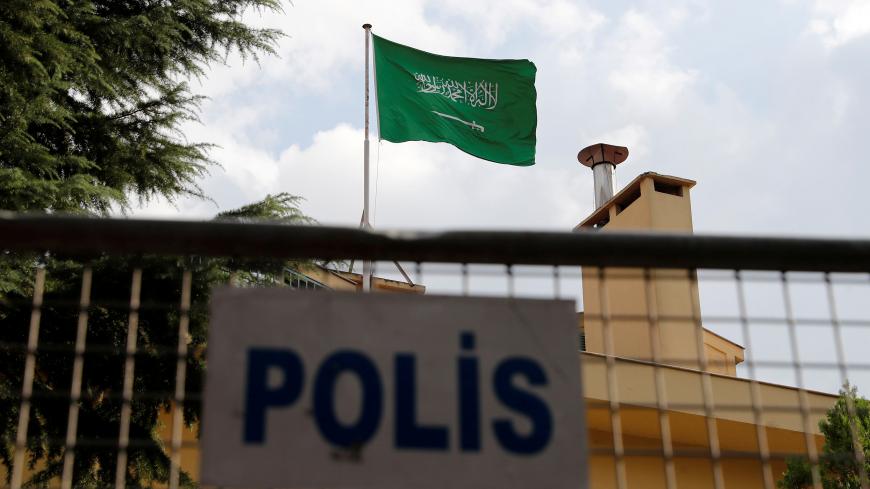 Exactly one year after Saudi Arabia murdered Washington Post journalist Jamal Khashoggi at its consulate in Istanbul, Congress has yet to pass legislation holding Crown Prince Mohammed bin Salman accountable for his alleged role in the murder.

House Democrats are wrangling with the Republican-held Senate to keep a Saudi sanctions provision in the annual defense authorization bill. Senate Majority Leader Mitch McConnell, R-Ky., has refused to put another bipartisan Saudi sanctions package that goes even further on the floor in the face of a veto threat from the White House. And last week, CNN reported that the White House took the highly unusual step of moving the rough transcript of President Donald Trump’s call with the crown prince in the wake of the Khashoggi murder last year to a highly restricted, top-secret server.

The lack of tangible progress has prompted Democrats to introduce increasingly stringent legislation cracking down on Saudi Arabia for the Khashoggi murder. The latest effort to do so is the Protection of Saudi Dissidents Act, introduced last week by Rep. Gerry Connolly, D-Va., who represents the district Khashoggi lived in before his assassination.

“Sadly, we have an administration here in the United States that’s decided that a political and military relationship with Saudi Arabia trumps the murder of a legal resident, a member of the press who was simply doing his job,” Connolly said at a Capitol Hill event commemorating Khashoggi’s death last week. “We will not stop. It may make time, but we will get justice for Jamal Khashoggi and we will insist on accountability from the Saudi government no matter how high up it goes.”

Connolly’s bill would ban arms sales to Saudi intelligence, internal security and law enforcement agencies unless Riyadh complies with the international investigation into the journalist’s murder, releases jailed activists and disbands intelligence units devoted to silencing and killing dissidents abroad. It would also shutter Saudi Arabia’s diplomatic facilities in the United States if Riyadh uses them to surveil and harass Saudi nationals.

While previous legislation to restrict Saudi arms sales have centered on Riyadh’s role in Yemen’s civil war, Connolly’s bill is the first to curb weapons transfers over the Khashoggi murder.

Democratic frustration with Trump’s refusal to hold Prince Mohammed accountable was palpable at last week’s Capitol Hill event. The event was sponsored by the Project on Middle East Democracy, Amnesty International, Human Rights Watch, Reporters Without Borders, the Committee to Protect Journalists and several other groups.

Although previous congressional receptions commemorating Khashoggi had been heavily bipartisan, last week’s event was attended by nine Democrats and only one Republican: Steve Chabot of Ohio, a co-chair of the congressional Press Freedom Caucus. The event occurred the same week that Britain, France and Germany backed the US intelligence assessment that last month’s strikes on two Saudi oil facilities originated in Iran.

Broader arms restrictions in the House’s defense authorization bill center around reversing Trump’s emergency arms transfers to Riyadh in May and banning the sale of air-to-ground munitions to the kingdom for one year.

House Democrats are also sparring with Senate Armed Services Committee Chairman James Inhofe, R-Okla., over a provision in the defense authorization bill that would ban any “foreign person” complicit in Khashoggi’s murder from entering the United States, including the crown prince.

“It is extremely important that we urge all the conferees on that bill to include the House provision,” Rep. Tom Malinowski, D-N.J., who introduced the legislation, said at last week’s Capitol Hill event. “This, in the near term, is our best opportunity to achieve a strong statement of accountability for Jamal.”

The Malinowski legislation passed the House floor with a 405-7 veto-proof majority as a stand-alone bill in July. Senate Foreign Relations Chairman James Risch, R-Idaho, struck a deal with Sen. Chris Coons, D-Del., to take up the bill in committee, but has yet to follow through on that promise.