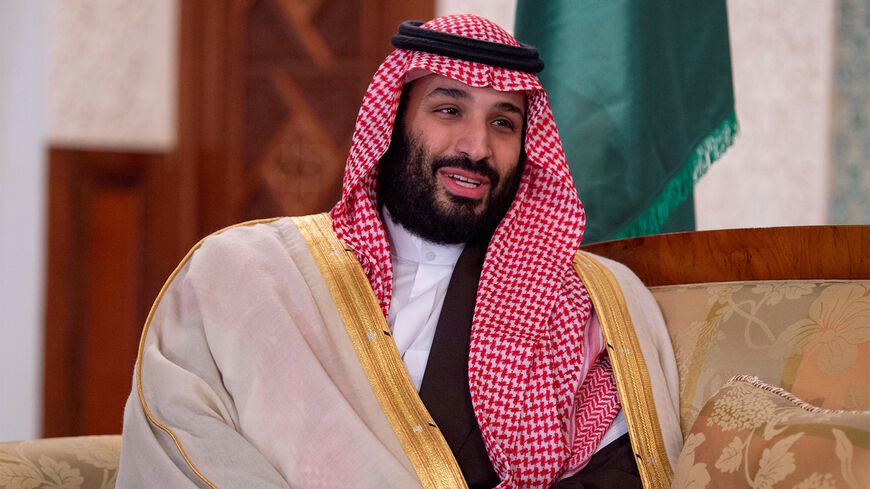 On the eve of an unprecedented vote to end US support for the Saudi-led coalition in Yemen, Senate Republican leaders are hoping to secure bipartisan support for a resolution formally condemning Crown Prince Mohammed bin Salman for his alleged role in murdering journalist Jamal Khashoggi.

Despite being nonbinding, the resolution would serve as a strong, bipartisan rebuke against the crown prince as senators try to agree on more concrete policy measures to take against Saudi Arabia. Senate Majority Leader Mitch McConnell, R-Ky., himself is co-sponsoring the bill, which Foreign Relations Committee Chairman Bob Corker, R-Tenn., intends to introduce as early as today.

“It’s a strong statement of our condemnation of what has happened,” Corker told Al-Monitor. “To me that’s important, even though it doesn’t affect policy.”

Corker said that his resolution is closely modeled on another bipartisan resolution that Sen. Lindsey Graham, R-S.C., introduced last week, except for a few minor changes. That resolution states that Congress “has a high level of confidence that Mohammed bin Salman was complicit in the murder of Jamal Khashoggi” and calls on the Donald Trump administration to hold the crown prince accountable for the murder.

Should the resolution pass both chambers of Congress, Trump would be forced to decide whether to override Republican leadership with a veto. The president has so far resisted holding the crown prince accountable despite the CIA’s reported conclusion that he was likely involved in the assassination.

Corker has held talks on the resolution with Minority Leader Chuck Schumer, D-N.Y., and Sen. Bob Menendez, D-N.J., the Foreign Relations Committee’s top Democrat. But Democrats have kept their attention focused squarely on this week’s vote to force the Trump administration to end US support for the Saudi-led campaign against Yemen’s Houthi rebels.

The vote on that resolution, introduced by Sens. Bernie Sanders, I-Vt., Chris Murphy, D-Conn., and Mike Lee, R-Utah, is scheduled for Wednesday. It is widely expected to succeed with a handful of noninterventionist Republicans joining Democrats despite legal concerns raised by the Trump administration.

“My sense is Democrats are concerned that somehow this is an attempt to undermine Lee-Sanders,” said Corker. “It isn’t. I’ve assured them it’s just not. It’s totally unrelated.”

Corker predicts that he can secure Democratic backing for the Senate to move on his resolution shortly after Wednesday’s Yemen vote.

Even if the Senate passes the Yemen resolution, the House will likely not move on it until Democrats take control next year, meaning the upper chamber would have to vote on it again before it headed to Trump’s desk for a likely veto. Nonetheless, supporters contend that the resolution has prompted the Trump administration to take UN-backed peace talks in Sweden more seriously.

“I think that the Trump administration is taking these peace negotiations more seriously than I might have thought two weeks ago,” Murphy told Al-Monitor. “I’ve had a decent amount of communication with the administration over the last week and I’m pleased that these peace negotiations are increasing in priority. And I don’t think that’s coincidental to the debate we’re having here.”

In the meantime, Menendez has offered legislation with more bipartisan support that addresses both Khashoggi’s murder and the Yemen war.

That bill would ban offensive arms sales to Saudi Arabia and sanction Saudi officials and members of the royal family suspected of playing a role in Khashoggi’s murder and in blocking humanitarian aid flows to Yemen. It would also ban US midair refueling for the Saudi-led coalition in Yemen, which the Trump administration ended last month.

But Corker wants to amend that bill with provisions that Menendez contends would water it down.

Speaking to reporters Monday, Menendez contended that Corker’s proposed amendments would “significantly detract from the sanctions” on Khashoggi’s murder by not making them mandatory. He also said that another proposed amendment would shorten the bill’s ban on arms sales to Riyadh, which expires in 2020 under the current version of the bill.

“There are other good things in the bill, but that’s a problem for me,” said Menendez. “If we’re going to have a real consequence for the Saudis, let’s have a consequence.”