Qatar is not part to the Abraham Accords for normalizing ties with Israel, but this did not prevent it from reaching a bilateral agreement with Israel on the trade of diamonds. 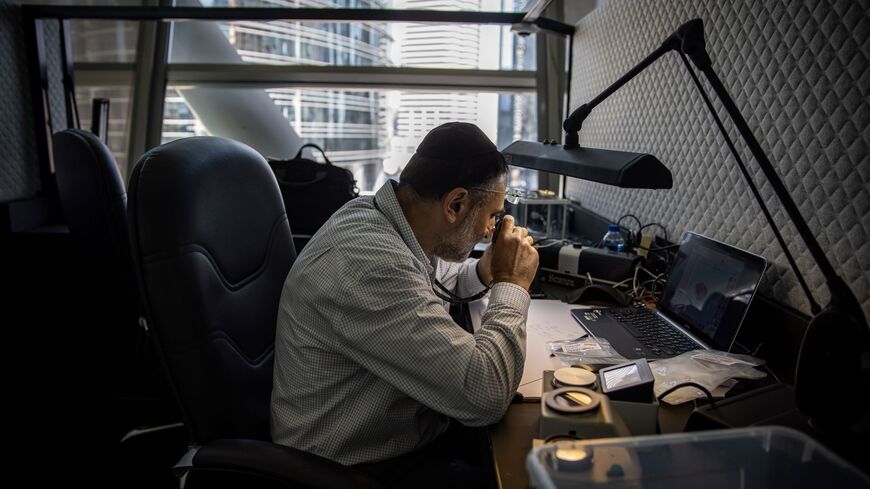 The Dec. 13 visit of Prime Minister Naftali Bennett in Abu Dhabi clearly reflected tightening bilateral relations between Israel and the United Arab Emirates. But are relations between Qatar and Israel also changing? A recently reported agreement in the diamond trade suggests they might be.

Qatar and Israel do not have diplomatic ties. Trade relations were first established in 1996, following the Oslo Accords, but were severed in 2009. Furthermore, the Gulf country kept its distance from the 2021 Abraham Accords, normalizing ties between Israel, Bahrain, the UAE, Morocco and Sudan.

According to Israeli and Qatari sources, the two governments have reached a commercial agreement regarding the diamond market: Israel will allow Qatar to formally join the list of countries allowed to trade in diamonds, and Qatar will allow Israeli merchants to enter the country without obstruction and even to establish a formal presence if needed.

The story began three and half years ago, when Qatar tried to convene the Kimberly Process committee, which regulates the global diamond market, and the World Federation of Diamond Bourses, in order to receive permission to trade diamonds on the way to establishing their own exchange.  But Yoram Dvash, who was then vice president of the World Federation of Diamond Bourses, and president of the Israeli Diamond Exchange, stopped the move with the help of the United Arab Emirates, which also opposed it.

Six months ago, the Qataris renewed contacts, and again brought the issue of establishing their own diamond bourse to the Kimberley Process committee. The committee requires unanimous approval, and every nation, including Israel and the Emirates, who are members, has a right to veto.

Within Israel, the Foreign Ministry saw the Qatari request as an opportunity to continue the momentum of the Abraham Accords, even if it wasn’t a full normalization agreement.  However, the Ministry of the Economy and the diamond regulators worried about limited access to the exchange and to the free commerce zone in Qatar. According to a source involved in the discussion, the final decision was reached in a conversation between Foreign Minister Yair Lapid and Minister of the Economy Orna Barbivai.

The United Arab Emirates, which have acted in cooperation with Israel on the diamond market for years, finally removed their objection, thanks to a reconciliation between the Saudi bloc and Qatar in January.

Following the agreement with the Emiratis, contacts between Israel and Qatar became direct, and the Qataris initially offered a general commitment that any merchant from any nation that is a member of the World Federation of Diamond Bourses could come to Qatar.  Israel insisted on an organized and swift process of entry visa unique to Israelis because of the official diplomatic rift between the nations, and the Qataris agreed in the end.

According to the secret arrangement, which was reportedly agreed upon by the Foreign Ministry and Ministry of the Economy and the government of Qatar, contact people in Israel and Doha were designated to receive entry and commercial visa requests. The Qataris committed to processing visa requests within five days and allowing any Israeli merchant to operate at the diamond and jewelry free trade zone being planned and at the future diamond exchange.

The direct economic significance of the agreement is not major, at least not for the next few years. It will take a long time for the Qataris to lay the foundations for significant commerce, and make a foothold in an area controlled by strong veteran players. The close Israeli connection to the Dubai diamond exchange (the two countries already signed a strategic cooperation agreement) supplies connections to merchants from nations that have no diplomatic relations with Israel. However, the agreement is still the first diplomatic agreement after the signing of the Abraham Accords and a possible opening to future commercial agreements.

Dr. Ron Malka, director of the Ministry of the Economy and Industry, says that the episode points to the growing commercial status of Israel. Israel is open to any initiative from any nation in the region, he said, including Qatar.

Yoram Dvash, president of the World Federation of Diamond Bourses, says that it was clear to Qatar that without Israeli agreement it couldn't be a legitimate actor in the diamond industry.

Qatar has maintained a role as a financial channel for aid and assistance to Gaza. As part of its attempts to gain influence again, Qatar has started subsidizing both fuel for power stations in the Gaza Strip as well as thousands of needy families in Gaza on a weekly basis. Israel had authorized these payments. The Qatar emissary to Gaza, Mohammad al-Emadi, is regularly in contact with Israeli authorities. According to reports in February 2020, as part of the contacts on this issue, former Mossad chief Yossi Cohen visited Doha.

For Israel, the diamond trade agreement could reap dividends, certainly on the economic level, but also perhaps on the diplomatic level, in distancing Qatar from those nations and organizations that are in conflict with Israel, and bringing it closer to the moderate Sunni Gulf states.