The economy and trade ministers of Israel and the United Arab Emirates concluded last week negotiations on a ground-breaking agreement for a free trade zone, the first of its kind Israel has ever reached with an Arab country. 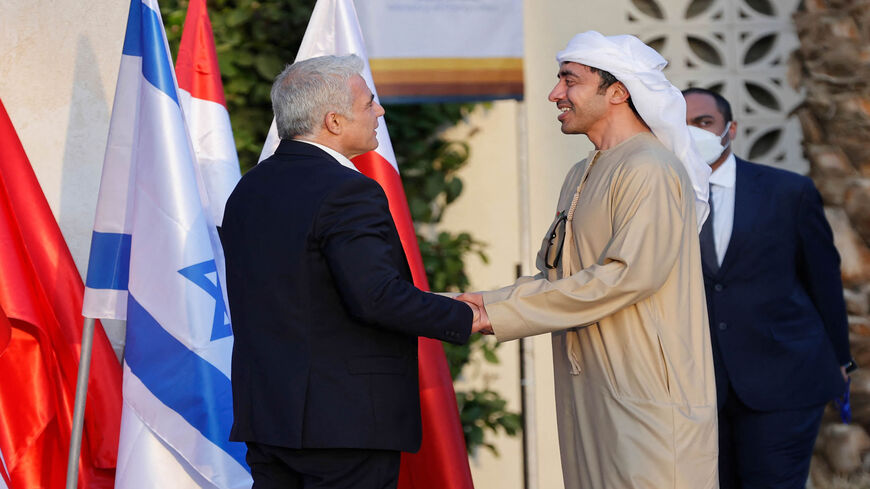 Israel’s Minister of the Economy Orna Barbivai and Emirati Minister of State for Foreign Trade Thani bin Ahmed Al Zeyoudi announced April 1 that they had just completed negotiations to create a comprehensive free trade zone between the two countries. The agreement is expected to go into effect once the two ministers sign it, and it is ratified by both countries’ governments.

Practical deliberations about the agreement began last November, just over a year after the signing of the Abraham Accords. The normalization agreement launched a new era in the relations between the two countries, including burgeoning economic and commercial relations.

This is the first comprehensive free trade agreement between Israel and any Arab state, and it is going into effect so soon after the two nations established diplomatic relations. The United Arab Emirates (UAE) has very few trade agreements like this, and these are limited to other Gulf states and the EFTA states (European nations that are not part of the European Union).

As far as Israel is concerned, its importance lies in serving as a free trade bridge to the entire Gulf, a region that is already undergoing rapid development as a result of the Abraham Accords.

The agreement covers issues pertaining to the trade of all sorts of goods, including regulation, duties, services, collaboration, government acquisitions, electronic trade and intellectual property rights. Some 95% of all products traded between the two nations are included in this agreement. They will be exempt from duties, either immediately or gradually.

The agreement also promotes trade in services between the two states, by ensuring regulatory clarity in fields such as electronic trade, professional and business services, distribution services (both wholesale and retail), computerization, and so on.

Heading the negotiating team for Israel was Ohad Cohen, director of the Foreign Trade Administration at the Ministry of Economic Affairs and Trade. Cohen told Al-Monitor that the great advantage of the agreement is that the UAE is a major international trade center for the Gulf region, Central Asia and the Far East. “Israeli exporters will have a distinct advantage,” he said.

Apart from the import and export of products, the agreement has the potential to spread across many other fields, including the export of energy, health and digital solutions of all kinds, and medical, water (purification, desalinization, the reduction of use and smart management), agricultural and cyber solutions, financial technologies, and the export of diamonds.

Prime Minister Naftali Bennett praised the agreement, saying, “This is an important moment in relations between the State of Israel and the UAE. Today the good relations that have already been forged between the two countries are being strengthened in the form of a free trade agreement that will significantly upgrade economic cooperation for the benefit of the citizens of both countries. There will be more trade, more jobs and good products at lower prices. At my last meeting with the crown prince, Sheikh Mohammed bin Zayed, in Sharm el-Sheikh, we agreed to accelerate the process and bring it to conclusion within days, and so it was."

Foreign Minister Yair Lapid said that the agreement coincides with the spirit of the Negev summit, which called for steady cooperation, continuity in the relationship and tangible results that would improve the lives of the people of Israel and all other countries in the region.

Economy and Industry Minister Orna Barbivai summarized it, saying, “The conclusion of the negotiations is a significant and historic milestone in bilateral relations. We will continue to assist the Israeli business community to establish commercial ties in the UAE via the free trade agreement, the ministry's economic attaches and additional assistance tools that the ministry will put at their disposal."

Cohen noted that the agreement, which was first discussed immediately after the signing of the Abraham Accords, was postponed for various reasons, and particularly because of the coronavirus pandemic. Once it [negotiations] took off, however, with meetings in Israel and the Emirates, it was impossible to stop the momentum. He said that the Emirati delegation arrived in Israel late March on a private jet, with explicit instructions not to return home without reaching a finalized agreement before the start of the holy month of Ramadan.

Why is this agreement so important? “The UAE is a huge commercial center for the entire region. Through it, we will be able to reach additional markets in the Middle East and the Far East, such as the Gulf states that are members of the Gulf Cooperation Council. While it does not mean that Israeli goods would be able to move duty-free the entire way to certain target destinations, large Israeli companies will be able to establish regional offices. When managed properly, these offices will be able to sell their products through the UAE to every country in the region, " Cohen said.

What are the Israeli branches that will benefit from the agreement? Evidently, there are many of them. One example is tahini. It turns out that Israel is a leading manufacturer of tahini, and the amounts sold to the UAE continue to grow. It also turns out that the UAE could even purchase products manufactured in West Bank settlements, including tahini, wine, honey and other agricultural products.

Another major Israeli agricultural product to be exported is Israeli dates, particularly medjool dates. These are in high demand around the world, and particularly in the Middle East, which is the world center of date consumption. Israeli pomegranates are also popular in the Emirates, and in Bahrain and through it, Saudi Arabia.

Apart from agricultural produce, Israeli technology is also in high demand in the UAE, especially, but not exclusively, Israeli medical equipment. Other popular exports include delicate, high precision instruments. Israeli cosmetics are also popular, including unique cosmetics made with Dead Sea minerals.

The major exports from the UAE to Israel are expected to center around construction. Chief among these are aluminum products, but they also include iron in all forms, sand, gravel and even cement. These products from the UAE and the Gulf in general are thought to be of the highest quality, and relatively cheap, especially when compared to the Israeli market, especially for aluminum and iron.

Another intriguing product for import from the UAE is raw materials for the plastics industry, which is a byproduct of the petroleum industry. Importing these materials will decrease the locally manufactured plastic goods.

Cohen concluded, “The Abraham Accords opened up new worlds for us. It is somewhat reminiscent of the Oslo Accord, when the world opened up to us, too.”