The longer runway at Khmeimim airbase in Syria gives nuclear-capable bombers a place to land, and is one more move in Russia's plan to expand its capacities in new directions. 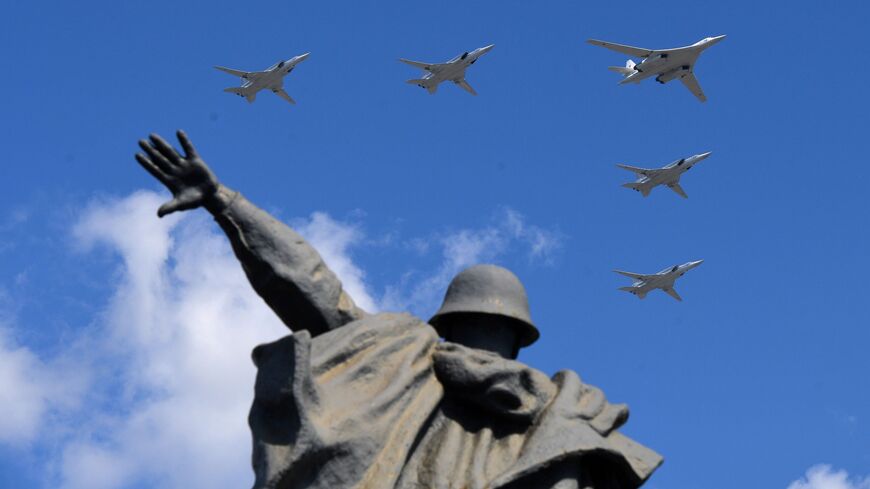 The end of December is a special month for the Russian military. Every year at this time, practically all the military leaders of the armed forces — including the president, the minister of defense and the chief of the general staff — come to the National Center for Defense Management in Moscow. They sum up the results, announce statistics, “express concern about NATO's actions” and, of course, call for vigilance. The generals then invariably bring what they hear at these meetings to their headquarters.

Therefore, the statement by Defense Minister Sergei Shoigu at the annual meeting on the expansion of the western runway at the Khmeimim airbase in Syria was, on the one hand, a report on the work done. The reconstruction was conceived in 2019 and began in 2020 after the formal approval by Damascus of the protocol on the transfer of additional land and water area to Russia for the expansion of the Khmeimim and Tartus bases. However, the expansion is not only related to Syria, but also relations between Russia and NATO.

Moscow continues to seek long-term guarantees from Washington and Brussels, which, according to Russian President Vladimir Putin, should rule out NATO expansion and the deployment of threatening weapons systems in close proximity to borders. However, the Russian side does this in its own way: throughout 2021, the Kremlin has tried to force NATO to new negotiations not only by the threat of hostilities with Ukraine, but also by activity in other directions. One of them is the systematic creation of threats on the southern flank of the North Atlantic Alliance, namely from Syria.

The western runway of the Khmeimim airfield, which Shoigu spoke about, was increased to 3199 meters long and 52-54 meters wide, with a new coating, lighting and radio equipment. In May, Russia placed three Tupolev Tu-22M3 nuclear-capable bombers there, which need a long runway due to their high landing speed. The deployment of the Tu-22M3 was supposed to show that the Americans are not the only ones who know how to relocate their strategic bombers — which they move periodically to the UK and Norway, from where they fly to the Russian borders.

In June, the Ministry of Defense again deployed Tu-22M3 long-range bombers and MiG-31K fighter-interceptors with hypersonic missiles from the Dagger complex at the Khmeimim airfield to conduct exercises in the Mediterranean Sea. In general, Russian experts are confident that Khmeimim will become a permanent place for a show of force. It is important for the defense of the annexed Crimea, and in a potential conflict, "NATO aircraft will be deployed to the southern borders" from the Eastern Mediterranean, some of the Russian experts note.

Secondly, Kh-32 long-range missiles have been created for the modernized Tu-22M3M, which will pose a threat from NATO's southern flank — a new direction.

In September, for the first time off the coast of Syria, an unprecedented number of surface and submarine carriers of Kalibr missiles appeared, but most likely this happened by mere coincidence, because several groups of ships made the so-called inter-fleet transition.

Russia is also showing a desire to expand its military exercises in Syria in close proximity to the US military. For example, on Dec. 25, more than 20 aircraft and helicopters were moved from Khmeimim to the airfields in Hasakah and Deir ez-Zor, and A-50 AWACS aircraft controlled the actions of aviation.

In addition, Russian experts do not hide the fact that after the termination of the Intermediate-Range Nuclear Forces Treaty, Russia can quickly adapt long-range cruise anti-ship missiles (from 500-5,000 kilometers) for the Iskander mobile missile systems and the Bastion coastal complexes deployed in Syria.

In short, the Kremlin is trying to demonstrate that the grouping of troops in Syria is more than just a force to display the Russian flag in the Mediterranean and cover troop shifts to Venezuela and mercenaries’ projection to African countries. In a sense — as can be seen from the military steps taken this year — Moscow has succeeded in showing this, but it would still be a mistake to overestimate Russian military preparations, as well as efforts to expand bases in Khmeimim and Tartus in general.

However, Russian authorities still could not deploy thousands of troops in Syria in a short time. Russia does not have sufficient ocean-going warships, and it has a rather modest fleet of military transport aircraft, which affects the ability to conduct a quick and serious military campaign in a remote theater.

The expansion of the Khmeimim base has been long overdue. It is necessary to improve the security of the base and separate the military and civilian infrastructure, since the Russian airbase is adjacent to Bassel al-Assad International Airport and uses its infrastructure.

This also applies to Tartus, where the Russian military built a ship repair complex long ago, equipped with Russian and Belarusian equipment. It is also plans to spend $500 million to modernize and equip Tartus, including a health and wellness complex for the Russian military, who are prohibited from traveling abroad. In addition, the Russian military in Tartus not only have to patrol the water area around the clock on Raptor anti-sabotage boats with the involvement of combat swimmers, but also control the neighbouring port of Baniyas, which is used by the local population to smuggle goods bypassing customs.