Israeli leadership is coping not only with the question of military preparedness for the possibility of attacking the Iranian nuclear program, but also with the implications of such an attack on Israel’s homeland security, its economy and its growth. 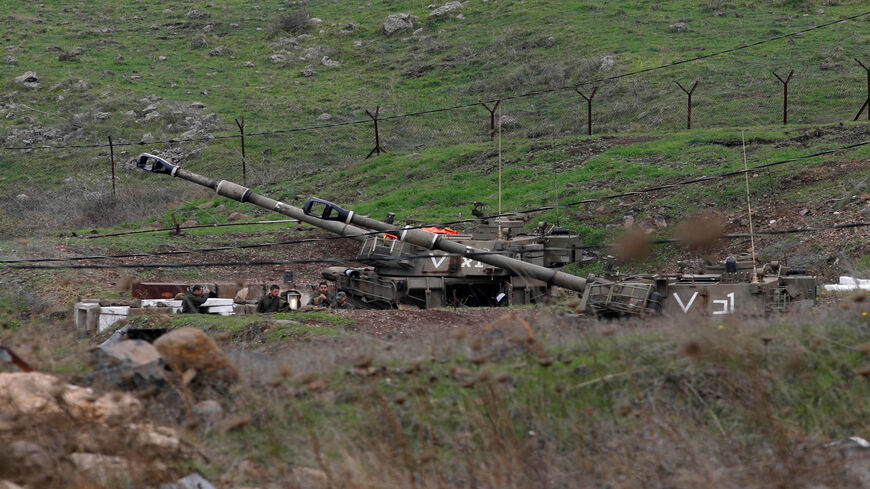 Israeli solders gather next to self-propelled Howitzers in the Israeli-annexed Golan Heights on the border with Syria, Nov. 28, 2020. - Jalaa Marey/AFP via Getty Images

The extensive Dec. 18 New York Times write-up quoting serving and former senior Israeli security officials as saying that Israel currently lacks the ability to implement its so-called military option against Iran’s nuclear program has generated widespread anger in Israeli defense and political circles. A former top Israeli security officer told Al-Monitor on condition of anonymity, “The damage of this piece is so major that I think an investigation should be launched to find those quoted and take action against them. They have undermined Israeli national security.”

Beyond the damage of the report itself, The New York Times piece is also generating a germane argument on the issue. Maj. Gen. (Res.) Nitzan Alon, who was tasked with the Iran portfolio as head of operations of the Israel Defense Forces (IDF) and its Iran project director (2015-2019) told Al-Monitor this week, “Israel has the ability to attack in Iran and it has continued to develop it in recent years, too. While the IDF’s priorities have shifted over time in accordance with the political echelon’s guidance and other emergent threats, it is important to remember that today, too, we have the ability to significantly damage Iran’s nuclear capability and I think Israel should keep updating this ability and constantly improve it.”

Alon has given few interviews in the past and his measured words hint cautiously at the current state of Israel’s ability. In saying that the IDF’s priorities had shifted in keeping with guidance by the political level, he is suggesting that following the 2015 signing of the nuclear program agreement between Iran and world powers, the politicians instructed the IDF to divert significant resources to other arenas, especially to combatting Iran’s entrenchment in Syria and foiling Hezbollah’s high-precision missile project. Military and security officials have been highly critical of the fact that in tandem with the pressure Israel exerted on US President Donald Trump to withdraw from the Iran nuclear deal, the political echelons, i.e., then-Prime Minister Benjamin Netanyahu, failed to instruct the IDF to prepare for an alternative, meaning a scenario in which the United States withdraws from the Joint Comprehensive Plan of Action agreement and Iran reverts to uranium enrichment.

Even in saying that “Israel has the ability to attack in Iran” and “the ability to significantly damage Iran’s nuclear capacity,” Alon is not the bearer of glad tidings. The State of Israel, with reportedly the most powerful air force in the region and one of the most experienced and best in the world, will always be able to strike in Iran and even beyond. The truly important question, which the Israeli political leadership will ask if and when it comes to the decisive crossroads for such a dramatic decision, is to what extent an Israeli military strike could set back the Iranian nuclear program, and would the advantage of such an attack outweigh its potential drawbacks.

The issue of Iranian or Iranian-proxy retaliation, is crucial. According to Israeli assessments, Hezbollah would respond to an attack on its sponsor by letting fly everything it has in its arsenals, causing unprecedented damage to Israel’s economy and national morale. This weighty question arose previously when Israel was considering whether to strike in Iran almost a decade ago. Netanyahu is remembered as having pushed for a strike with the support of his then-Defense Minister Ehud Barak. But at the moment of truth, Barak changed his mind and ordered the air force to shut down its engines. We are now back at that same point.

In order to understand the complexity of the issue, one must realize that an attack on Iran would not necessarily involve dispatching 150 fighter jets, including dozens of F-35 Stealth fighters, accompanied by aerial refueling aircraft and airborne electronic warfare to drop bunker-busting bombs on Iran’s nuclear program infrastructure spread around the vast country, heavily fortified and protected by some of the world’s densest and dangerous anti-aircraft defenses. Such an attack would be a global, diplomatic, logistical, military and economic event of extreme complexity, a challenge that Israel has never faced before. Veteran military correspondent and analyst Yoav Limor outlined this challenge well in a Dec. 17 Israel Hayom article.

The extreme complexity of such a move makes it hard to assess the extent of the damage an Israeli strike could inflict on the Iranian nuclear infrastructure. What's more, Israeli ingenuity could come up with additional offensive scenarios or aspects in a bid to cause maximal damage that no one had previously entertained. Either way, such an operation would require a massive Israeli effort and stretch the state’s abilities to their utmost limits and beyond. On the other hand, no Israeli prime minister, now or in the future, would allow Iran to reach military nuclear abilities. This is one issue that enjoys full consensus in Israel — perhaps the final one.