The slight victory of candidates supporting Fatah in the local council elections appear to have boosted the morale of the Palestinian leadership and opened the door for elections in major cities. Will the Hamas leadership agree to that in Gaza? 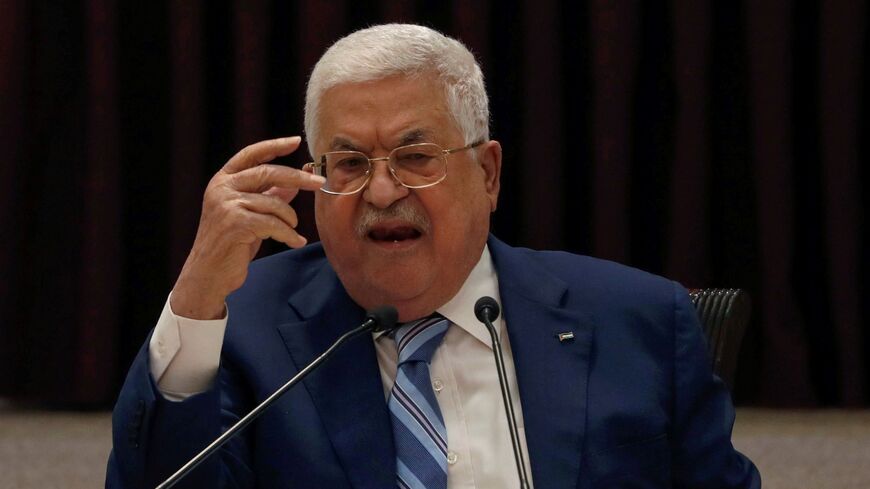 President Mahmoud Abbas gestures during a meeting of the Palestinian leadership to discuss the United Arab Emirates' deal with Israel to normalize relations, in Ramallah in the Israeli-occupied West Bank, on Aug. 18, 2020. - Photo by MOHAMAD TOROKMAN/POOL/AFP via Getty Images

Ever since his April 31 decision to scrap the legislative elections, Palestinian President Mahmoud Abbas has been under pressure to give the population some kind of say. In a move that is contrary to the Palestinian law, which stipulates that elections should be held on the same day, the Palestinian government decided to hold local elections piecemeal.

They were confident of doing well in rural areas, while they were worried about major cities. That thinking appears to have paid off for the PLO’s main faction, the Fatah movement.

Results of the local council elections held in areas C gave Fatah a slight boost, according to election’s observer, Rima Nazal. Speaking to Al-Monitor, the member of the General Women’s Association said that “both Fatah lists and candidates close to Fatah did well in the elections of rural areas giving Fatah a small political boost.”

The biggest success for Fatah appears to have been in communities in which an uncontested list was presented. According to the Palestinian Election commission, 126 out of the 162 uncontested lists were registered as belonging to Fatah.

But despite the success in uncontested lists, the actual overall percentage of the winning politically registered lists was a mere 21%.

Hana Nasir, the chair of the Central Election Commission (CEC), told a press conference that 79% of the winners belong to independent lists. The term "independent" here refers largely to family-oriented or tribal lists that have no official political affiliation.

Suheir Ismael Faraj, a women’s activist in the Bethlehem area, told Al-Monitor that the elections were “a clear victory for tribal lists.” Faraj concedes that many heads of lists might have some political affiliations but that they ran on their family’s strength and numbers.

Voter turnout hit 66% compared to 51% in the 2017 local council elections. Nasir said the percentage was issued after all voters who were inside polling centers were done casting their votes. The total number of voters was 268,318 out of 405,687 eligible.

Nasir said that preparations for the second phase are proceeding. Voter registration will start on Jan. 8, while the start of the  campaigning period will be March 13. Polling will take place in 66 localities, representing municipalities in Areas A and B of the West Bank, as well as all 25 localities in Gaza.”

The only unknown element in Gaza is Hamas, which officially boycotted the Dec. 12 elections to protest to the cancellation of last April’s legislative elections. But it will most likely be under pressure to go along, since no elections have taken place in Gaza since the Islamic movement won the parliamentary poll in 2007.

While local elections have been held as per the Palestinian law every four years, the big question remains when legislative and presidential elections will take place. The slight boost that the current results gave Fatah might encourage them to consider legislative elections, but a firm decision will probably not be taken until after the results of the March 26 elections.