The pressure is intensifying for President Mahmoud Abbas to postpone the elections, which are becoming a dangerous game for the Israelis and other concerned parties. 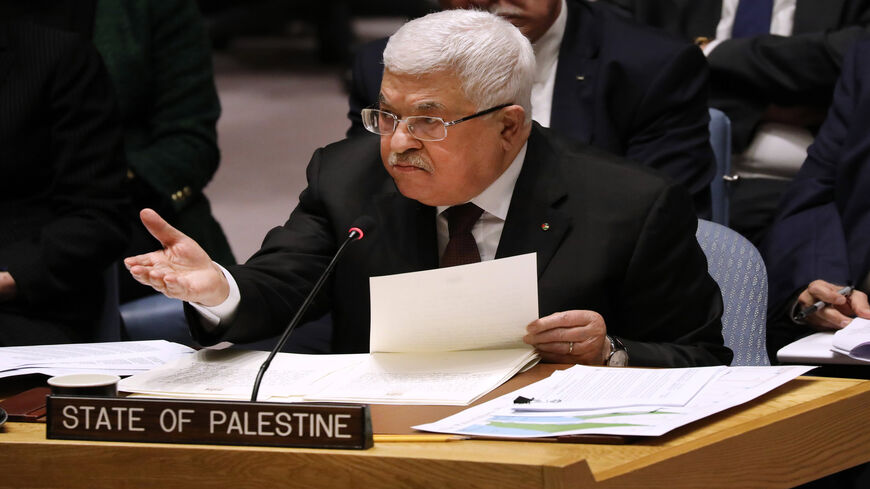 Time is quickly running out on the possibility of avoiding the unpredictable results of the upcoming Palestinian elections. Pressure is mounting on Palestinian President Mahmoud Abbas to cancel or postpone a set of elections — legislative on May 22, presidential on July 31 and Palestinian National Council on Aug. 31 — that he had decreed on Jan. 13.

The Israelis are not interested in elections that will remind their own people and the world that there are Palestinians on the other side of the nearly erased Green Line. The United States under President Joe Biden has avoided making any decision on the Middle East giving climate change, Iran, Afghanistan, Russia and Yemen the priority on their foreign agenda. Jordan and Egypt are also worried about the upcoming elections although for different reasons. All those countries plus hordes of those Palestinians close to Abbas who are afraid of losing power or even sharing power are trying their hardest behind closed doors to get out of the risky business of elections, whose results are still hard to predict.

Officially, Palestine is all for elections. The PLO’s Executive Committee meeting on April 18, and the Fatah Central Committee meeting on April 19 both publicly stated that they are plowing ahead with the elections, and at the same time they are calling on Israel and the international community to honor signed agreements by allowing Jerusalemites to participate in them as they did in 1996 and 2006.

The participation of Jerusalem Palestinians was mandated in the Declarations of Principles, namely Article II of the 1993 Oslo I Accord and  Article VI of the 1995 Oslo II Accord. The accords allow a small number of Palestinians — 6,300 in the 2006 elections — to vote absentee, as the capacity allows for six Israeli-run post offices in East Jerusalem.

The post offices that were five in 1996 and six in 2006 are now 16. Israel has been totally silent on the issue. Most Palestinians in Jerusalem — 150,000 according to the Palestinian Central Elections Commission — will vote in Palestinian-run election polling stations just outside the city’s borders or wall.

In the meantime, Israeli police have already banned two election-related meetings, arrested and later released four candidates for elections, and their security leaders have warned against the unpredictable elections. What worries Israelis is the potential that Hamas supporters and activists will have a foothold in the West Bank to be added to Gaza’s.

Palestinians view the long-awaited elections as a legitimate right and also as the entry point to unifying the Gaza Strip and the West Bank in a single legal, administrative and local security unit. But some of those close to Abbas share Israel’s concerns and fear that the monopoly that Fatah has had on the West Bank is in jeopardy while the aspired unity is not guaranteed.

While the Europeans, the biggest donors to the Palestinian government, appear to be largely in support of the elections, the Americans are not as enthusiastic. When asked about the prospect of Palestinian elections being canceled at a press briefing April 1, State Department spokesman Ned Price said the elections “are ultimately a matter for the Palestinian people to decide.”

While the proponents of elections are suggesting that the Israeli harassments in Jerusalem can be an accepted excuse, Jerusalemites are the strongest opponents to any postponement signing petitions and writing articles publicly calling for a fight for the Jerusalem vote.

In addition to the worry about Hamas, there are other reasons that Abbas has a difficult decision to make. The disagreements within his own Fatah movement have resulted in two unofficial Fatah lists competing with the original Fatah list. While the current election scheme is based on proportional representation and therefore fewer votes will be lost due to this division, the results will definitely weaken the Abbas leadership. There is no guarantee that the leaders of these lists will not make a deal with Hamas.

Head of the Freedom List Nasser al-Qudwa and the No. 2, Fadwa Barghouti, wife of jailed Palestinian leader Marwan Barghouti, arrived in Gaza for meetings with various nationalist and Islamic leaders. Head of the Future List Samir Masharawi, expected to arrive in Gaza soon, and Sari Nusseibeh, as the No. 2 on the list, are supported by renegade Fatah leader Mohammed Dahlan, are expected to arrive soon in Gaza.

In addition to the fears of a game-changing anti-Abbas coalition government, aides to Abbas also have no idea whether he will be president after July 31.

Fatah Secretary-General Jibril Rajoub told Al-Monitor that the issue of the Fatah candidate for president will only be made after the legislative elections. This might be the case, but unless Fatah gets its act together for the legislative elections it will be hard to fight off the popular Marwan Barghouti for the presidential elections. One idea that has emerged came via a leak from Fatah leaders in prisons calling for a vice presidential slot to be created, so that Barghouti could be listed as a deputy to a possible Abbas candidacy. Neither Barghouti nor Abbas have responded to this idea, which made headline news April 18.

Amid the Israeli and international worries, as well as the internal concerns of the Palestinian leadership, one thing is certain, the 86-year-old Abbas has little time to waste. Every day of hesitation will cost his movement votes. On April 30, the election campaigns will start and will give everyone who is hoping for more seats in the new legislature 21 days of electioneering. There is no time to waste.