The Palestinian Central Elections Commission has announced 36 new lists have been submitted — what happens now? 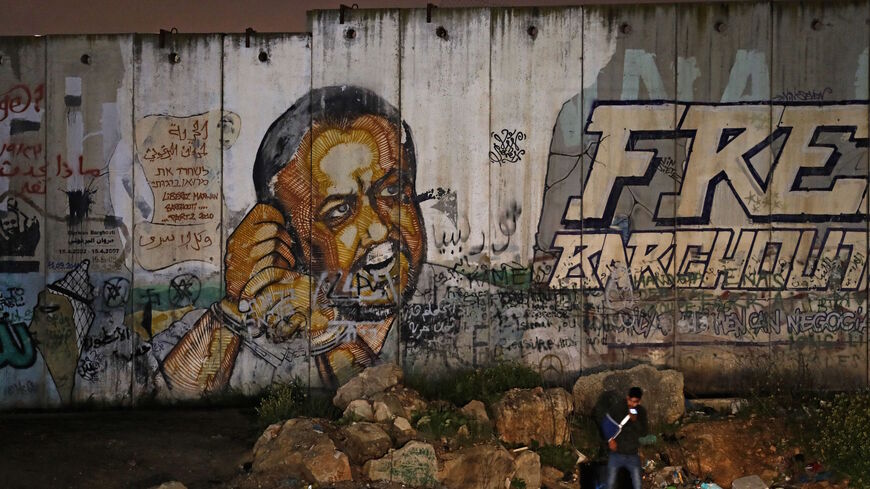 At the close of the nomination period for the May 22 Palestinian Legislative Council, on midnight March 31, a total of 36 different lists were officially presented. The Central Elections Commission will review the lists by April 6, allowing anyone to object to them by mid-April. Lists must adhere to a set of regulations including the need for public officers to have resigned beforehand and no criminally charged person can run for office.

The last day for submissions witnessed high drama as a number of lists waited until the last minute to submit changes in names and ranking. The biggest drama that many feel will be a game changer was the decision of the popular imprisoned Fatah leader Marwan Barghouti to scrap his own movement’s official list and join forces with the recently fired former Foreign Minister Nasser al-Qudwa. The list calling itself Freedom will still be headed by Qudwa, but the No. 2 on the list is Attorney Fadwa Barghouti, the wife of the imprisoned leader. No. 3 on the list is another popular Fatah activist, Abdel Fatah Hamiel, who was a leader in the first intifada.

The official Fatah list also produced surprises. Jibril Rajoub, Fatah’s secretary and the architect of the elections as a result of the understanding with Hamas’ Saleh al-Arouri is listed as No. 4. Deputy head of Fatah Mahmoud Alloul is No. 1 followed by Suad Zalloum, the wife of a Palestinian martyr from Hebron; then Ahmad Hilles, Fatah’s leader in the Gaza Strip; and then Rajoub. Three of the top 10 candidates on the Fatah list are women, and well-known businessman Munib al-Masri’s group that has been a strong advocate of reconciliation was also merged into the Fatah list. Rajoub was promoted by President Mahmoud Abbas to lieutenant-general before being retired from his security position, a requirement for all who run for the parliament.

Hamas, which had been talking about a joint list with Fatah, did not achieve its goal largely because of the strong opposition of its own grassroots, as well as that of Fatah. Hamas submitted a mostly ideological list of its top leaders headed by Khalil al-Haieh.

The pro-Dahlan list is headed by former Gazan Fatah leader Samir Masharawi with Jerusalem intellectual and former President of Al-Quds University Sari Nusseibeh as the No. 2 on the Future list.

A woman headed the united list of two left-wing factions. Fadwa Khader, a longtime leftist activist from Jerusalem, will head a list that combined the Palestinian People’s Party and Palestinian Democratic Union Party (FIDA). Attempts to have a wider unity of all left-wing factions failed.

The top two persons on the Popular Front for the Liberation of Palestine list are in prison. Ahmad Saadat, who is serving life imprisonment, is No. 1 and Khalida Jarrar, a former Palestinian parliamentarian held in administrative detention, is No. 2 on the Pulse of the People list.

Former Palestinian Prime Minister Salam Fayyad has presented a list also — Together We Can — with a Gazan dentist (at number two on this list) who has been the leader of an independent effort to bring an end to the division between Fatah and Hamas.

The remaining lists are made up of communal or tribal groupings that have not been known in the past for any political activity or have their own political program.

After the splits, Fatah still presented a positive face. Rajoub, who presented the Fatah list, said that he is confident that Fatah will win and that the elections will bring about national unity. Speaking to Arab News, Rajoub said that he was confident the May 22 legislative and July 31 presidential elections “would heal the rift between Fatah and Hamas.”

Rajoub explained Fatah’s strategy to win at the polls, noting, “A successful list must take into consideration geography and the struggle profile of those standing for office, while it is also important to have candidates covering all Palestinian communities. People are not going to ask what you want to do in the future, but they want to know what sacrifices you made in the past.”

Al-Monitor's source in the Palestinian leadership conceded that the support by Barghouti to the Nasser al-Qudwa list and the Dahlan list will cut into the Fatah voters. The source predicted that the central Fatah list will get 40-50 seats and that Hamas will not get more than 30 seats out of the 132 member council.

Recent polls conducted by the Palestinian Center for Policy and Survey Research (PSR) predict that Fatah will do better than Hamas, but the early March poll was conducted before the emergence of the Freedom list that is supported by the popular Barghouti. Director of PSR Khalil Shikaki still believes that Barghouti would win outright against any existing candidate in the upcoming presidential elections.