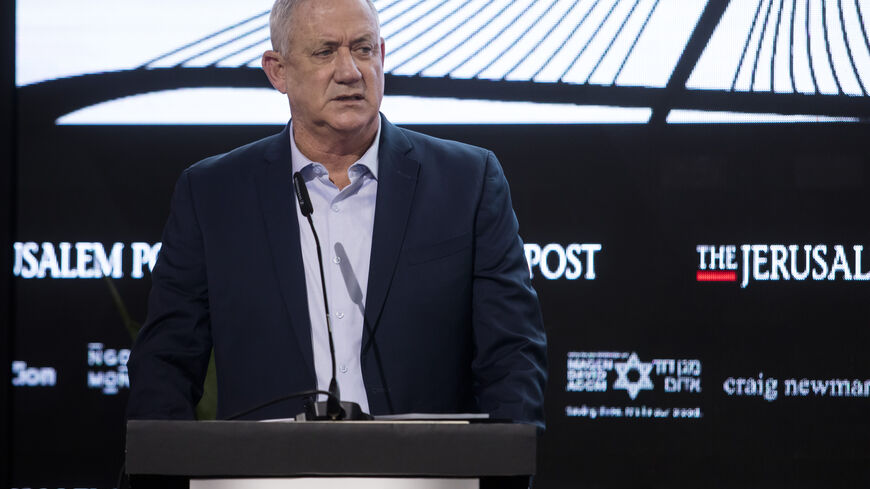 Israeli Defense Minister Benny Gantz will make an official visit to Morocco next week, in the first such visit since the two countries agreed to normalize relations last year.

During the Nov. 24-25 visit announced by his office Monday, Gantz and his Moroccan counterpart, Abdellatif Loudiyi, are expected to sign a series of security cooperation agreements.

Gantz’s visit to Rabat comes three months after Israeli Foreign Minister Yair Lapid inaugurated the Israeli Liaison Office in the Moroccan capital. Lapid’s August visit marked the first by an Israeli foreign minister since 2003 and the highest-level trip since the signing of the Abraham Accords last year.

Israel and Morocco established low-level relations following the Oslo Accord in the 1990s. But the North African country severed ties after the second Palestinian intifada in 2000, and the two countries shuttered their respective diplomatic missions.

Morocco followed the United Arab Emirates, Sudan and Bahrain in agreeing to recognize Israel as part of the Trump administration-brokered Abraham Accords. Under the Morocco-Israel deal, the United States agreed to formally recognize Morocco’s sovereignty over the long-disputed Western Sahara.

Israel and Morocco still lack full relations or embassies, although The Times of Israel quotes unnamed Israeli officials as saying they expect Rabat will eventually move to upgrade ties.

Hundreds of thousands of people in Israel are estimated to be of Moroccan origin. Some 2,000-3,000 Jews remain in Morocco, making it home to North Africa’s largest Jewish population. Lapid capped off his Morocco tour in August with a visit to the refurbished Beth El synagogue in Casablanca.