Under the deal, the United States will also recognize disputed Western Sahara as Moroccan territory. 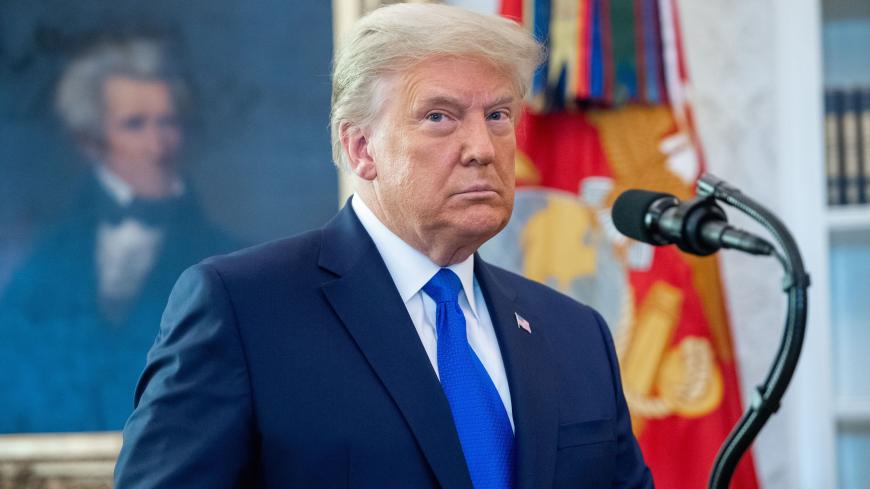 US President Donald Trump looks on during a ceremony presenting the Presidential Medal of Freedom to wrestler Dan Gable in the Oval Office of the White House in Washington, DC, on Dec. 7, 2020. - SAUL LOEB/AFP via Getty Images

Israel and Morocco will establish full diplomatic relations, President Donald Trump announced Thursday, as part of a deal that includes US recognition of Morocco’s sovereignty over the long-disputed Western Sahara.

Morocco is now the fourth Arab country to recognize Israel in recent months, following the United Arab Emirates, Bahrain and Sudan. According to the White House, Trump finalized the deal in a phone call with Morocco’s King Mohammed VI on Thursday.

“Another HISTORIC breakthrough today! Our two GREAT friends Israel and the Kingdom of Morocco have agreed to full diplomatic relations — a massive breakthrough for peace in the Middle East!” Trump tweeted.

The United States' recognition of Rabat’s claim to Western Sahara breaks with longstanding US policy and deals a major blow to the Polisario Front independence movement that has long fought for control of the territory.

“Morocco recognized the United States in 1777. It is thus fitting we recognize their sovereignty over the Western Sahara,” Trump said in a tweet.

After annexing the former Spanish colony of Western Sahara in 1975, Morocco fought for control of the territory until a US-backed, UN-brokered cease-fire ended hostilities in 1991. Last month, the leader of the Algeria-backed Polisario Front announced the three-decade cease-fire with the country was over as a result of Morocco’s recent border operations.

The rebel group called the US move “strange but not surprising" and said it would continue its resistance.

Israel and Morocco established low-level relations following the Oslo Accords in the 1990s. But the North African country severed ties after the second Palestinian intifada in 2000, and the two countries shuttered their respective diplomatic missions.

In a briefing with reporters, Trump’s senior adviser Jared Kushner said the agreement will "promote economic cooperation between Israeli and Moroccan companies” and lead to direct flights between the two countries, diplomatic liaison offices in Rabat and Tel Aviv and the eventual opening of embassies.

Israeli Prime Minister Benjamin Netanyahu hailed the Morocco announcement as one that will bring “a very warm peace.”

"On this Hanukkah, the light of peace has never shone brighter than today in the Middle East,” he said at a candle-lighting ceremony at the Western Wall.

Kushner said Thursday it was inevitable that Riyadh will soon recognize the Jewish state, but recent reporting indicates the kingdom may be holding off announcing a deal until President-elect Joe Biden takes office in order to build relations with the new administration.