Israeli and Moroccan officials are expected to sign the first of several accords cementing relations between the two countries. 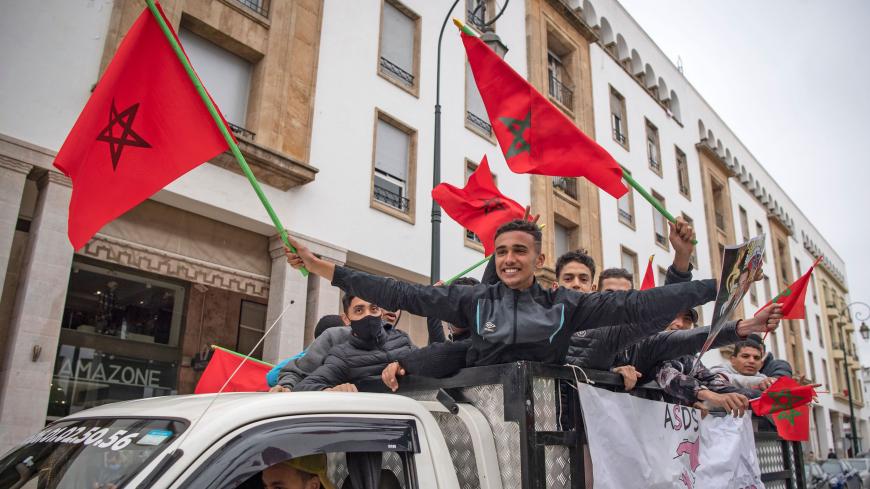 Moroccans celebrate in front of the parliament building in Rabat on Dec. 13, 2020, after the United States adopted a new map of Morocco that includes the disputed territory of Western Sahara. - FADEL SENNA/AFP via Getty Images

White House senior adviser Jared Kushner joined an Israeli delegation Tuesday on the first direct flight between Israel and Morocco since the two countries agreed to establish diplomatic relations under a US-brokered deal earlier this month.

The Israeli delegation, led by national security adviser Meir Ben Shabbat and accompanied by President Donald Trump’s son-in-law, took an El Al flight to the Moroccan capital of Rabat in what marked the first direct commercial flight between the two countries.

During the visit, officials will sign the first accords cementing relations between Israel and Morocco, paving the way for cooperation on air transportation, visas, water and finance.

"We have several agreements we are looking to conclude on the trip and hopefully it will pave the way toward a very warm peace," Kushner said before the flight.

Kushner and the Israeli envoys are also expected to meet with Morocco’s King Mohammed VI. He and other Moroccan officials have framed the Israeli agreement as a “resumption” of relations that won’t affect Rabat’s commitment to the Palestinian cause.

Israel and Morocco established low-level relations following the Oslo Accords in the 1990s, but the North African country severed ties after the second Palestinian intifada in 2000. With the resumption of ties, the two countries are expected to open diplomatic liaison offices in Rabat and Tel Aviv.

Included in the deal between Israel and Morocco is US recognition of Morocco’s sovereignty over the long-disputed Western Sahara, a move that angered the Algeria-backed Polisario Front that has long fought for control of the territory and seeks an independent state. Trump’s decision to recognize Rabat’s claim of the former Spanish colony broke with decades of US policy and drew international criticism.

Morocco agreed to normalize ties with Israel earlier this month in a diplomatic breakthrough for the Trump administration on the heels of similar US-brokered deals between the Jewish state and the United Arab Emirates, Bahrain and Sudan.