After reopening a liaison office in Rabat, Morocco, Israeli Foreign Minister Yair Lapid is sung to at the refurbished Beth El synagogue in Casablanca. 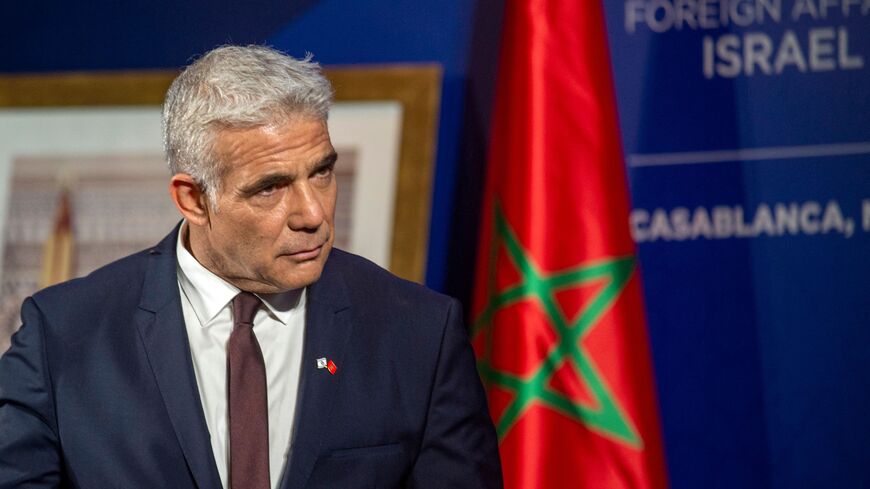