Egypt and Qatar have resumed normal relations after the end of the Qatar diplomatic crisis earlier this year. 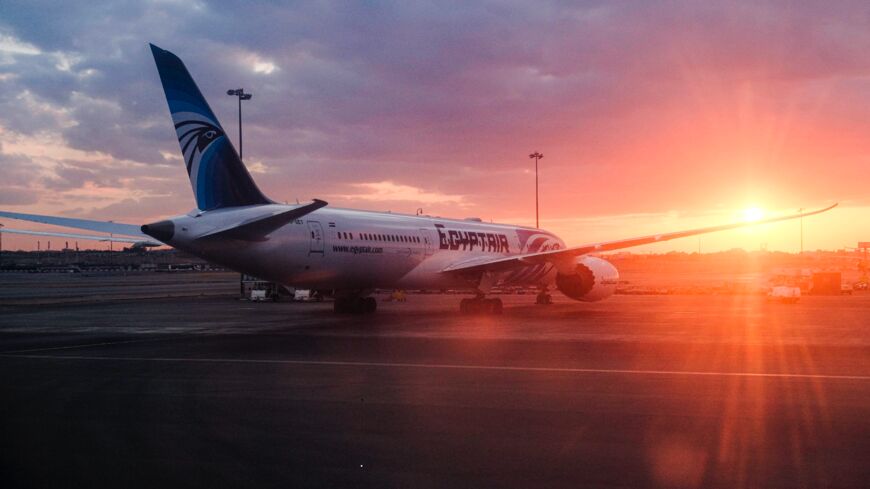 This picture taken on Jan. 16, 2020, shows an EgyptAir Boeing 787-9 Dreamliner jet parked on the tarmac at Cairo International Airport outside the Egyptian capital. - AMIR MAKAR/AFP via Getty Images

Egypt’s national airline opened an office in the Qatari capital yesterday, in a further sign that Egypt-Qatar relations are getting back to normal.

EgyptAir inaugurated its Doha office during a conference for airlines in the Arab world. The airline’s chairman, Amr Abu El-Enein, attended the ceremony, as did Akbar Al-Baker, who is CEO of Qatar Airways, the Egyptian state-owned news outlet Al-Ahram reported today.

Egypt and Qatar started mending ties in January when Kuwait brokered an end to the Qatar diplomatic crisis. In 2017, Egypt, Saudi Arabia, the United Arab Emirates and Bahrain all severed relations with Qatar, accusing the Gulf state of supporting terrorism, which Qatar has denied.

Relations between Egypt and Qatar have gradually resumed to normal since the January agreement. Egyptian President Abdel Fattah al-Sisi and Qatari Emir Sheikh Mohammad bin Abdulrahman Al Thani spoke on the phone in April. In August, Egypt and Qatar reappointed ambassadors to each other’s countries.