Relations between Qatar and Egypt have continued to improve following the January agreement that ended the Gulf diplomatic rift. 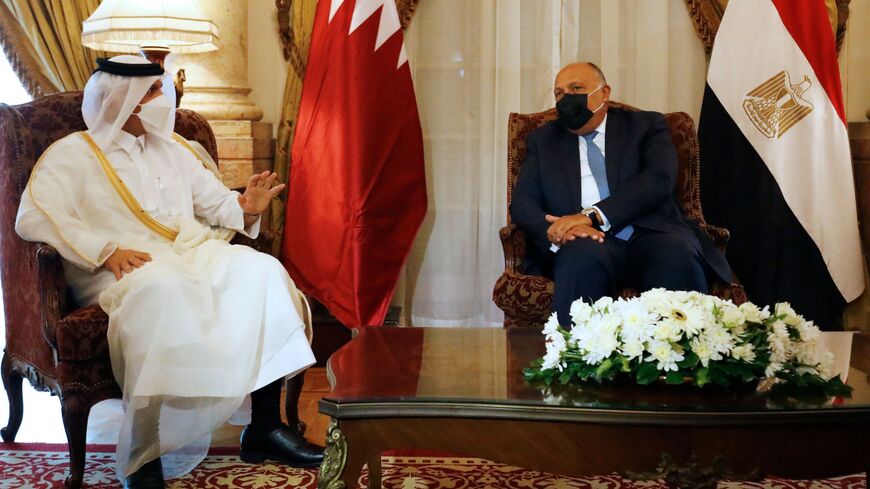 Qatar’s top diplomat visited Egypt on Tuesday in a further sign that relations are improving between the two states.

Egypt, along with its allies Saudi Arabia, the United Arab Emirates and Bahrain, cut off relations with Qatar in 2017. The quartet alleged that Qatar was supporting terrorism, which Qatar denied. The dispute was also related to Qatar’s relatively friendly relations with the Muslim Brotherhood and Iran.

The two sides reconciled in January with the Al-Ula declaration signed in the eponymous Saudi city, though issues remain between Egypt and Qatar. Egyptian President Abdel Fattah al-Sisi led a strong crackdown on the Muslim Brotherhood after the coup that removed Mohammed Morsi from the presidency in 2013. Doha is supportive of the Islamist movement and its allies throughout the region.

Relations have steadily improved between Doha and Cairo since the Al-Ula declaration, however. Later in January, Egypt announced that diplomatic ties between the two states had been officially restored. Thani then visited Cairo in March for an Arab League meeting and met with Shoukry for the first time since 2017 there. Sisi and Qatari Emir Sheikh Tamim bin Hamad bin Khalifa al-Thani spoke on the phone last month.

Qatar's foreign minister will remain in Cairo for two days and will meet with other Egyptian officials. They plan to discuss the situation in post-civil war Libya and the Palestinian territories following the recent conflict with Israel, the Egyptian state-owned Al-Ahram news outlet said.