The two countries' differing reactions show that Arab states continue to have mixed feelings on the historic normalization agreement. 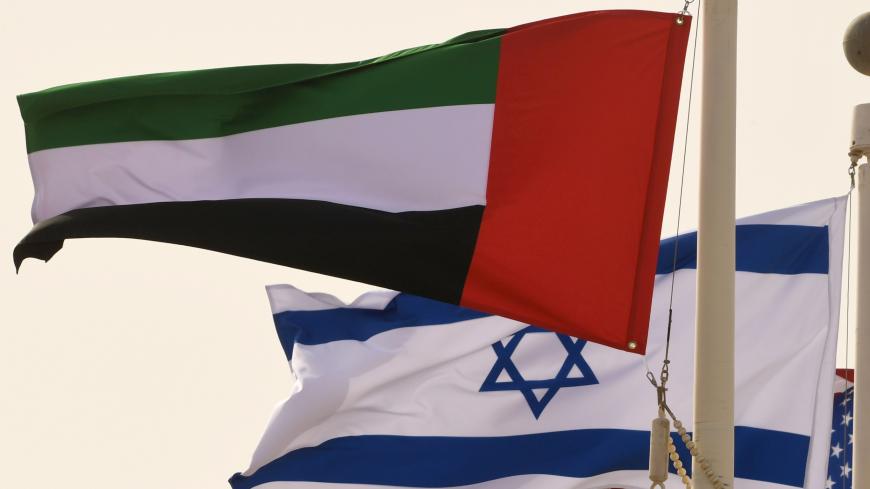 The Emirati and Israeli flags sway in the wind at the Abu Dhabi airport at the arrival of the first-ever commercial flight from Israel to the UAE, on Aug. 31, 2020. - KARIM SAHIB/AFP via Getty Images

Arab states continue to have mixed reactions to the normalization of relations between Israel and the United Arab Emirates. Qatar reiterated support for a two-state solution to the United States today while Egypt said it backs the agreement.

During the meeting, Al Thani voiced support for a “just settlement of the Palestinian cause” and a two-state solution to the conflict, according to the state-run Qatar News Agency.

Qatar’s leader also said the Gulf country continues to back the 2002 Arab Peace Initiative, which calls on Israel to withdraw to its borders from before the 1967 war in exchange for diplomatic recognition from Arab states.

Qatar has been the target of an embargo by the UAE, Saudi Arabia, Bahrain, and Egypt and is therefore less likely to follow the UAE lead.  In 2017, the four countries closed their airspaces and sea routes to Qatar, alleging that Qatar supports terrorism because of its support for the Muslim Brotherhood.

Egypt and Jordan are the only two Arab states to recognize Israel besides the UAE. Egypt and the UAE are allies on many regional issues, including the war in Libya.

Egypt and Qatar’s reactions highlight the mixed views of Arab governments toward Israel and differing alliances in the region.

The Israeli and Omani foreign ministers spoke by phone in August amid speculation Oman will be the next Gulf country to recognize Israel. Bahrain, an ally of the UAE and also rumored to be considering a deal with Israel, declared its support for a two-state solution following US Secretary of State Mike Pompeo’s August visit.

The United States is also trying to get Sudan to recognize Israel, but the country’s transitional government has signaled it is not ready to do so, despite recent contact with Israeli leaders.

For their part, Palestinian leaders are currently conducting a strong diplomatic campaign to prevent further Arab countries from recognizing Israel. The Palestinian Authority feels further recognition harms prospects for an independent Palestinian state. There has been criticism of the UAE’s decision throughout the Arab world.