With the Vienna talks stalled, US officials are warning that they have other ways to rein in Iran's nuclear enrichment. 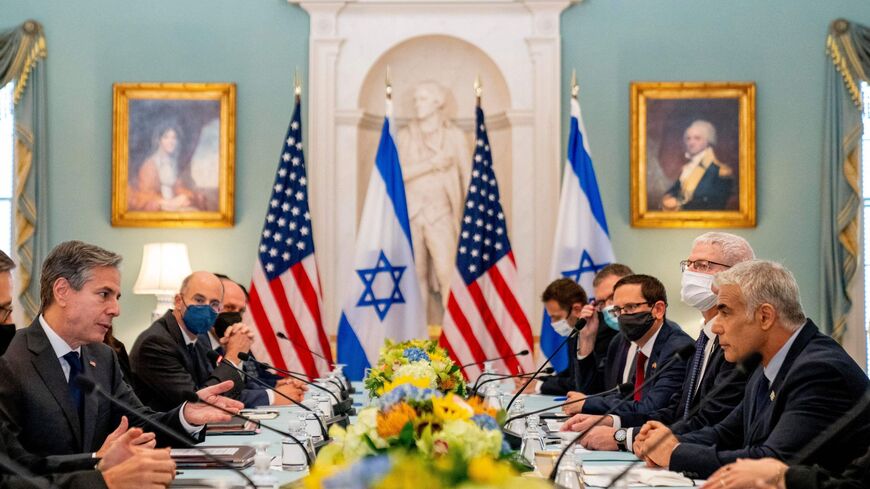 The lead US envoy on international negotiations with Iran to limit Tehran’s nuclear program will head to the United Arab Emirates, Qatar and Saudi Arabia in a few days to discuss backup plans with Washington’s allies should the negotiations fail.

During a think-tank event in Washington on Wednesday, Special Envoy Rob Malley struck a cautious tone in discussing the Biden administration’s ambitions to returning to a nuclear agreement with Tehran.

“Everything we hear from our partners … about their concerns they have about Iran’s nuclear program, all of those have been not only exacerbated but created by the withdrawal from the JCPOA,” Malley said at an event hosted by the Carnegie Endowment for International Peace, in reference to the Trump administration’s abandonment of the deal in 2018.

“So, we thought that coming back in would still be the best outcome, but we’re realistic,” Malley said, acknowledging that Iran’s newly elected government may choose a “different path.” US officials are expressing increasing impatience as Tehran has promised to return to the table in Vienna “soon.”

But time is running short to return to the limited accord, US Secretary of State Antony Blinken said today after meeting with his Israeli and Emirati counterparts.

The US’ top diplomat chose to remain vague Wednesday about whether the US maintains a military option to strike Iran’s nuclear program, but hinted at the possibility.

“Israel has the right to defend itself, and we strongly support that proposition,” Blinken said during a press conference following his meeting with Israeli Foreign Minister Yair Lapid and Emirati Foreign Affairs Minister Abdullah bin Zayed Al Nahyan.

Emphasizing the Biden administration’s preference for diplomacy, Blinken said, “We are prepared to turn to other options if Iran doesn't change course.”

The US envoy's visit to the Gulf will also focus on contingencies “to control Iran’s nuclear program if we can’t achieve that goal” with negotiations.

A senior Israeli defense official told Al-Monitor last week that Israeli officials are increasingly worried that the Biden administration has not developed joint operational plans to strike at Iran’s nuclear program, should Tehran advance its stockpiles too far.

The Pentagon has also remained vague on the subject, with Press Secretary John Kirby saying yesterday only that the military supports the State Department’s diplomatic efforts while continuing to ensure that “militarily, we’re able to meet our security commitments to our interests and to those of our allies and partners.”

Malley pushed back on reports of the emerging gap between the US and its Middle Eastern allies, in particular Israel, over the Iranian nuclear issue on Wednesday.

“At this point we’re finding a greater commonality of view,” Malley said. “The more we are in sync with our partners … the better off we are, because we can work as one in trying to address what is a common problem.”

The US envoy also signaled support for talks between Iran and its main rivals in the Gulf, Saudi Arabia and the United Arab Emirates.

“We think that’s a good thing if that is accompanied by de-escalation,” Malley said.