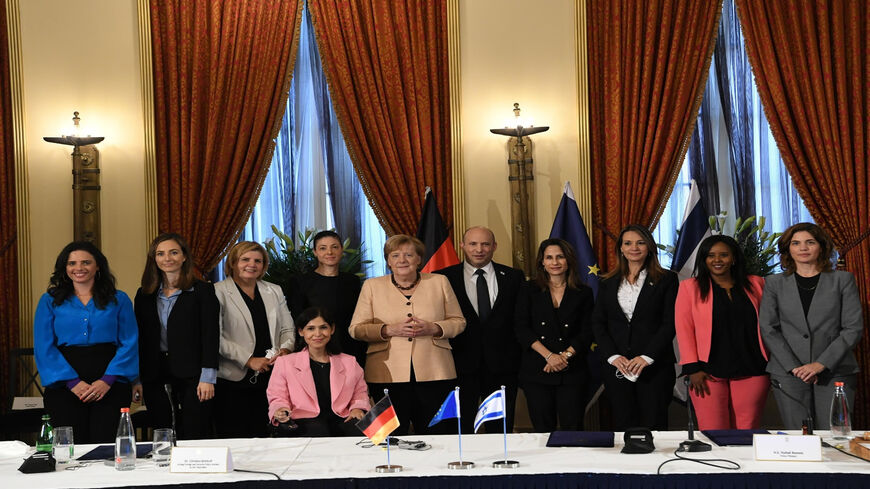 German Chancellor Angela Merkel arrived Oct. 9 in Israel for a two-day visit. It was Merkel’s seventh trip to Israel during her 16 years in office, taking place shortly before she is set to step down. Still, both sides agreed to define her trip as a working visit, not a farewell one. In other words, besides honoring the outgoing chancellor, all of Israel’s pressing strategic issues were put on the table and discussed with her.

On the honoring side, President Isaac Herzog, Prime Minister Naftali Bennett and all of his Cabinet ministers went out of their way to show appreciation for Merkel, considered in Jerusalem one of Israel’s greatest friends on the international arena. In fact, Bennett cleared most of his day Oct. 10 to accompany Merkel on her visit.

Arriving on the evening of Oct. 9, Merkel's team had asked that she be greeted at the tarmac modestly, with only Director of State Protocol Gil Haskel welcoming her. The celebration of Merkel’s arrival and friendship begun the day after, with a first official meeting between Bennett and Merkel at the King David Hotel Jerusalem. "Welcome to Israel, dear friend of Israel!" Bennett tweeted after the meeting.

The government then hosted Merkel at its weekly meeting, an honor rarely bestowed on visiting heads of state. Bennett said that the very diversified Israeli Cabinet is united in its appreciation for the role Merkel had played over the years in shaping and deepening ties between Israel and Germany. "The bilateral relations during your tenure as chancellor became stronger than ever and transformed into a true friendship, thanks to your leadership," Bennett told Merkel. He then said that his government greatly appreciates Merkel’s standing commitment to Israel’s security. Bennett quoted Merkel saying in the past that the security of Israel was a national interest of Germany, and that Germany was not neutral on that; a statement he deems highly moral.

Bennett took the opportunity to address the Iranian nuclear issue, in a clear message to Merkel’s successor and to her colleagues in Europe. "This is a critical point in time, and Germany's position is crucial. In Israel, we are taking action and operating against Iran in every dimension — including daily actions to stop it flooding our region with weapons. The Iranians are stalling and their centrifuges are spinning. Israel's responsibility is to make sure, with deeds and not with words, that Iran will never have nuclear weapons. Nuclear weapons in the hands of such an extremist and violent regime will adversely change the region and the world. For us it is an existential issue," he said.

Bennett highlighted both these issues — Germany’s commitment to Israel’s security and Israeli concerns over an Iran deal — in the joint press conference he held with Merkel after the Cabinet meeting. "Your commitment to the security of the State of Israel is also in actions, not just in gestures and words. I want to thank you, on behalf of all of us, for the clear and vigorous voice of support for Israel in Germany, in Europe and everywhere you go," he said. "There is no point in trying to appease the Iranians; they interpret conciliation as a weakness. They continue to thrive in the international community, playing for time while constantly advancing uranium enrichment and destabilizing the region. This is a critical point, and Germany's position is particularly important."

At their dinner together Oct. 10, Bennett reportedly addressed another Israeli strategic issue – that of the German submarine deal. In 2017, Israel signed a memorandum of understanding for the purchase of submarines, manufactured by German ThyssenKrupp, with considerable financial support from the German government. The memorandum included a clause that the submarines would not be supplied to Israel before suspicions for corruption and bribe over the bilateral deal are cleared.

Last February, German prosecution said they had closed their investigation. Three months later, Israel charged several former senior officials in the affair. Israeli media said that Bennett told Merkel that after the formation of the new government, the defense establishment has reconsidered the purchase of the submarines from Germany. The updated position of his Cabinet is that Israel needs the German submarines and would like to fulfill the contract. 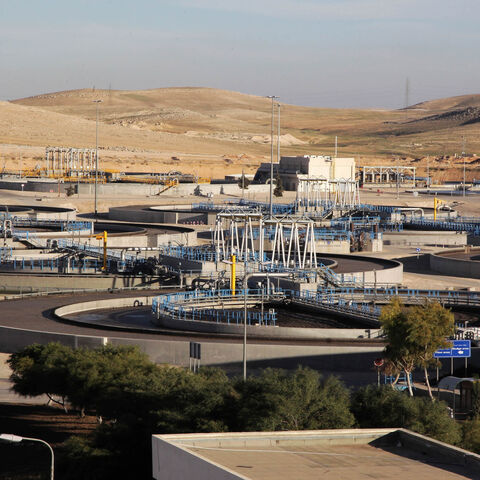