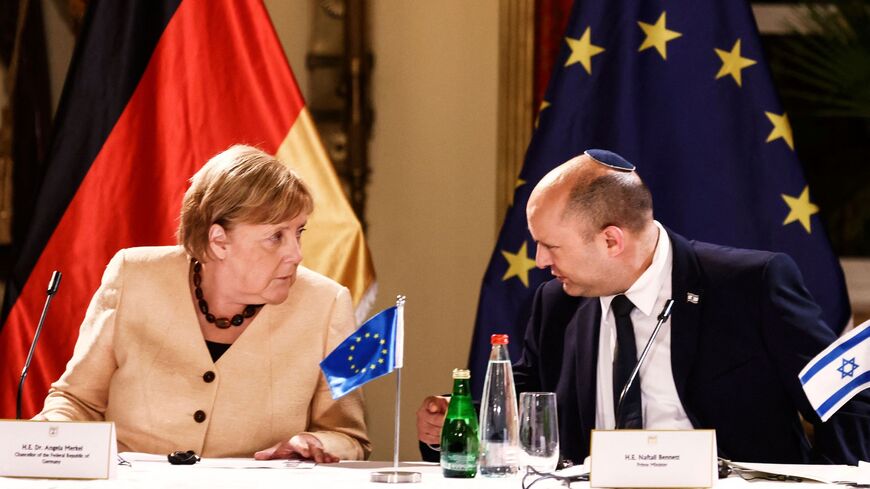 The so-called “submarine affair,” considered the most serious case of suspected corruption in Israeli history, has been dogging defense agencies, politicians and public discourse since it broke out in 2016. The case involves three advanced Dolphin-class submarines that Israel seeks to acquire from Germany to add to its fleet of six similar subs. These vessels reportedly constitute an insurance policy of sorts against a potential Iranian nuclear attack, armed as they are with nuclear ballistic missiles that can be launched from a great distance at sea. Such an option would provide Israel with an offshore second-strike capability and ensure its dominance in terms of nuclear deterrence.

Five years later, the deal has yet to be signed. Egypt bought submarines from the same German manufacturer (ThyssenKrupp Marine Systems) in 2014, with a green light from then-Prime Minister Benjamin Netanyahu to German Chancellor Angela Merkel. But while Egypt has already received two vessels, Israel has received none.

Merkel, who paid a farewell visit to Israel this week marking the end of her term, met with the country’s top leadership, including President Isaac Herzog, Prime Minister Naftali Bennett and other leading figures. Netanyahu, currently head of the Knesset opposition, was conspicuously absent from the list. “She’s simply not willing to see the man,” a senior Israeli source told Al-Monitor on condition of anonymity. “Since the entanglement with the submarine affair, which set off investigations of suspected corruption in Germany and Israel, she prefers to steer clear of Netanyahu. She is fed up with complications.”

Netanyahu's nod for Merkel to sell Egypt advanced submarines caused a storm in Israel when it came out that the prime minister had not reported it to the security cabinet, his defense minister, army chief or other relevant military commanders.

In fact, then-Defense Minister Moshe Yaalon asked then-President Reuven Rivlin to ask Merkel about the reported Israeli approval during a 2015 visit to Germany. While Germany was under no obligation to obtain such approval from Israel, it has generally notified Israel of weapons sales to its Arab neighbors that could affect Israel’s military edge. Merkel, meeting one-on-one with Rivlin, was reportedly shocked when he asked whether Germany has received an okay from Israel for the Egyptian deal. "You really don’t know?" she is reported to have answered. "The prime minister gave me approval."

For such a move to be taken without the involvement of any defense agencies is of tremendous significance. Despite the peace treaty between Israel and Egypt that has held for 42 years, the two states view each other as rivals. Egyptian military drills include Israel among their enemy targets, and vice versa. While the Israel Defense Forces maintain close intelligence and operational cooperation with Egypt, it also keeps a vigilant eye on its southern neighbor, especially its military buildup.

Netanyahu was originally suspected of having approved the Egyptian sale under pressure from associates who were allegedly involved as middlemen in the deal and stood to make hefty commissions. However, the charges were not proven and the inquiry was dropped. However, Netanyahu is still on trial for other corruption charges and the public doubts and suspicions continue to resonate. Netanyahu was finally forced to admit that he had given Merkel approval for the sale, explaining that he alone was privy to a “strategic” secret that led him to okay the sale.

Few bought his claim. The current Israeli government intends to set up a commission of inquiry into Israel’s most sacred national security institutions. The inquiry will also delve into the acquisition of the IDF’s most expensive prospective assets, the new Dolphin-class subs.

The three new subs are meant to replace three older ones of the same kind. According to the original timetable, in order for sub No. 7 to be ready in time to replace the first retiring craft, the contract should have been signed in 2019. The scandal three years earlier led Germany to suspend the signing and reportedly introduce clauses in the deal protecting it against prosecution for corruption. Yet even with the criminal inquiry dropped, the deal is in limbo and Israel's navy is significantly behind on its acquisition timetable.

Israel cannot afford this delay because use of the older submarines beyond their planned lifetime could be dangerous. Israel risks real strategic harm from the suspected corruption. Al-Monitor has learned that one of the main goals of Bennett, Foreign Minister Yair Lapid and Defense Minister Benny Gantz in their talks with Merkel this week in Jerusalem was to convince her to sign the deal at the last minute. A senior source familiar with these contacts told Al-Monitor Oct. 11 on condition of anonymity, “There’s a legal complication here. We’ll resolve it, there’s progress and I’m optimistic.” Stay tuned.