After Egyptian bodybuilder Big Ramy won the Mr. Olympia 2021 championship, cleric Abdullah Rushdy issued a fatwa prohibiting men from participating in the sport because it reveals intimate parts of the body. 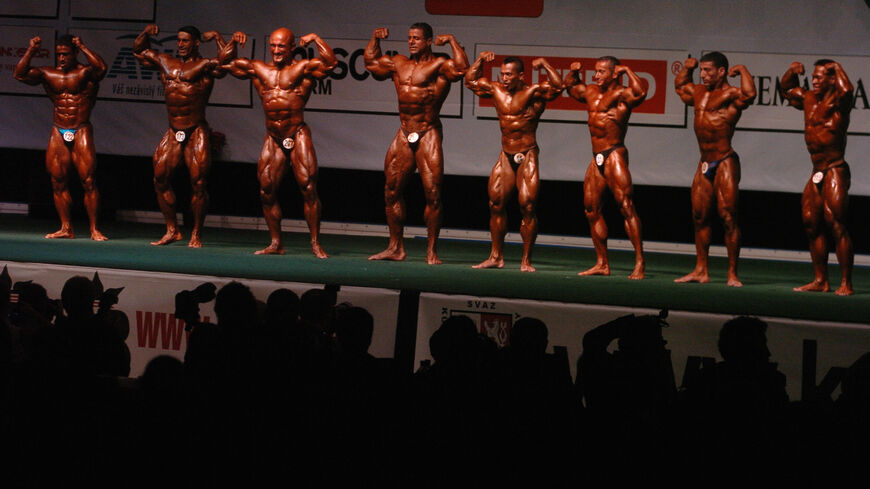 CAIRO — Egyptian preacher Abdullah Rushdy has issued a fatwa prohibiting men from participating in bodybuilding competitions and showing “awrah,” the intimate parts of the human body as defined in Islam.

Rushdy, who identifies himself as a researcher in the affairs of religions and sects at Al-Azhar Al-Sharif, tweeted on Oct. 11, “Men are prohibited from participating in bodybuilding championships and showing intimate parts, which should be covered according to the Sharia.” He called for practicing sports without violating the rules of the Sharia.

In a Facebook video on Oct. 12, Rushdy attempted to justify his position, saying, “I am not saying no to sports, but the rules of the Sharia ought to be respected when doing so. … Awrah for men includes the body parts between their navel and knees, and it’s the entire body for women, except for their face and hands.”

He added, “I advise young men not to practice bodybuilding because of this and women should not participate in any competition that requires them to show parts of their bodies.”

Ahmed Karima, a professor of comparative jurisprudence at Al-Azhar University, rejected Rushdy’s fatwa. "God did not make men’s bodies a means to sedition,” he said, adding that the rule only applies to worship.

In a television interview on Oct. 14, Karima further explained the difference. “Farmers raise their pants above their knees while watering the land or feeding animals. This happens to be common in some industries as well.” Sportswear, he said, "is a custom and not a form of worship, so men will not end up in Hell for wearing them. Custom is a support for Islamic Sharia.”

“Rushdy is so narrow-minded that he chose to speak about awrah and ignored the fact that [Big Ramy] won a world championship, as well as he left out the importance of sports and a healthy body," Egyptian writer Bahey Eldin Morsi told Al-Monitor. “The Egyptian people were so happy for Big Ramy for winning Mr. Olympia 2021; his achievement has brought them pride.”

Morsi refused to “invoke lust in all parts and situations of life,” calling for “disregarding such fatwas that disturb Egyptian achievements.”

Upon his arrival at Cairo Airport on Oct. 19, Big Ramy was welcomed by a delegation from the Egyptian Ministry of Youth and Sports, in addition to many people from his hometown.

Rushdy's past controversial statements have included linking sexual harassment to women's outfits, which prompted some to accuse him of justifying harassment, defending harassers, and blaming women.

According to Egyptian media reports, Al-Azhar stressed that Rushdy does not represent it, and he has not previously worked within the Sheikhdom of Al-Azhar or any of its research centers.

Media reports have also stressed that the opinions of Rushdy and other graduates of Al-Azhar University do not reflect the religious establishment, pointing out that only Al-Azhar Grand Imam Sheikh Ahmed el-Tayeb and the official Al-Azhar bodies speak for it.

In February 2020, the Egyptian Ministry of Endowments announced that Rushdy was dismissed from his preacher position and prevented from giving religious lessons in mosques. He was referred for questioning, according to the ministry, following a post in which he criticized heart surgeon Magdi Yacoub for being a Christian, saying that “his deeds in this world are of no value in the afterlife.”