The Saudi Embassy in Washington said it hoped the documents' declassification would put an end to the "baseless allegations against the kingdom." 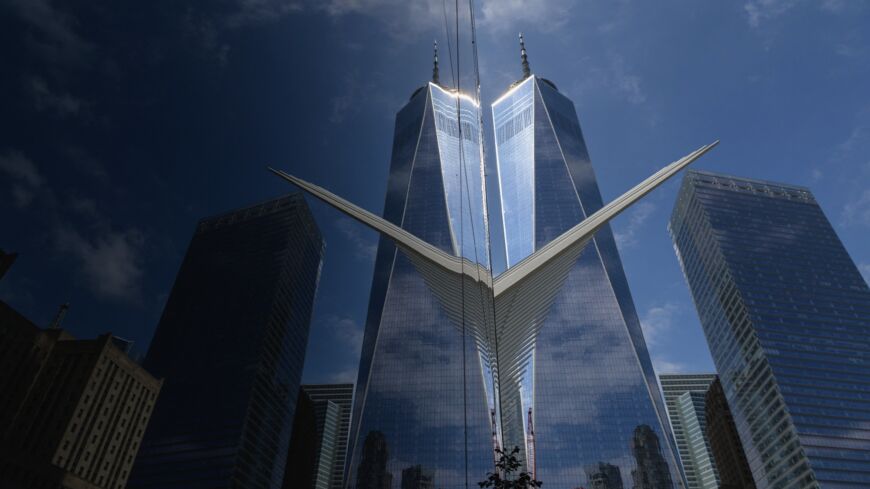 The One World Trade Center "Freedom Tower" and "The Oculus" are reflected in a window in New York, on Sept. 8, 2021. - ANGELA WEISS/AFP via Getty Images

Saudi Arabia on Wednesday said it welcomes the US government’s planned release of government documents relating to the September 11 attacks, which some families of the victims believe could implicate Riyadh.

A statement issued by the Saudi Embassy in the United States offered support for the declassification with the “hope that a full release of these documents will end the baseless allegations against the kingdom once and for all.”

Ahead of the 20th anniversary of the September 11 attacks, Biden on Friday issued an executive order directing the US Department of Justice to oversee a declassification review of documents related to the FBI's investigation into the attacks that killed nearly 3,000 people. US Attorney General Merrick Garland is required to release the declassified documents publicly over the next six months.

“The American people deserve to have a fuller picture of what their government knows about those attacks,” Biden said in a statement Friday.

The 9/11 Commission report published in 2004 found “no evidence that the Saudi government as an institution or senior Saudi officials individually funded” al-Qaeda, which carried out the airplane attacks. The report didn’t explicitly say whether low-ranking Saudi officials played a role.

A long-running lawsuit filed by the victims’ relatives accuses the kingdom of supporting the hijackers, 15 of whom were Saudi citizens. Riyadh has consistently denied the allegations.

​​"No evidence has ever emerged to indicate that the Saudi government or its officials had previous knowledge of the terrorist attack or were in any way involved in its planning or execution," the embassy said in a statement Wednesday.

“Any allegation that Saudi Arabia is complicit in the September 11 attacks is categorically false,” the embassy added. "It is lamentable that such false and malicious claims persist."

Last month, nearly 1,800 family members, first responders and survivors issued a statement calling on Biden to skip memorial events this year unless he fulfilled his campaign promise to release the documents.