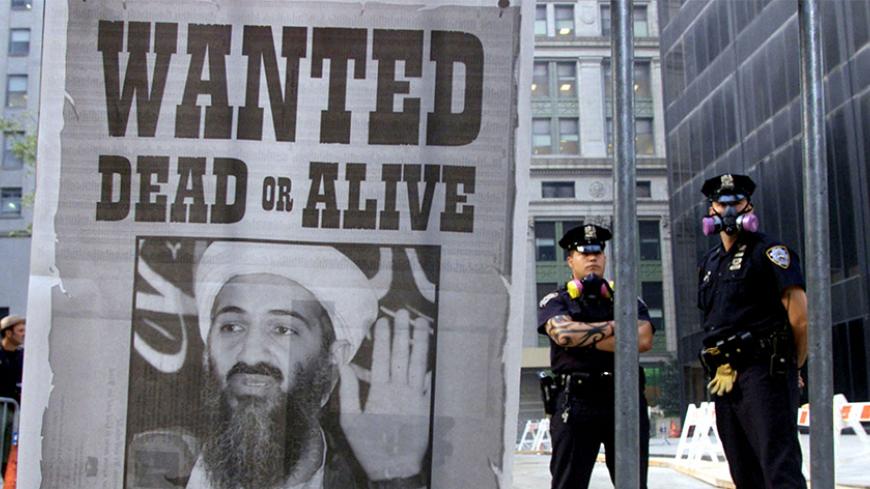 On Sept. 11, 2001, I was in the White House when Osama bin Laden and al-Qaeda attacked the United States of America. As the special assistant to the president for Near East and North Africa affairs, I was responsible for dealing with the government of Saudi Arabia, bin Laden’s home country and the home of 15 of the 19 hijackers who carried out mass murder that day. There has been much controversy since 9/11 about what role the Saudi government or Saudi government officials may have played in the planning, funding or execution of the attack. Most famously, 28 pages of a Senate report that addressed the Saudi role and was completed shortly after the attacks has been kept classified for over a decade. Little attention has been paid to a recent commission report that examined these issues just last year.

Saudi-US relations in 2001 were stormy. President George W. Bush wanted to host Saudi Crown Prince Abdullah for a summit meeting at the White House. With King Fahd incapacitated by illness, the crown prince was running the kingdom. He refused to see the president because he was angry at Bush’s open tilt toward Israel during the second Palestinian intifada. The crown prince felt strongly that Bush was siding with Israeli Prime Minister Ariel Sharon in a brutal crackdown in the West Bank and Gaza Strip of the Palestinian uprising. I had traveled twice with Secretary of State Colin Powell to see Abdullah that year, once in Riyadh and once in Paris, to explain the president’s position and urge the crown prince to come to Washington. He refused categorically. Only in early September, when Bush wrote a letter to the crown prince laying out his support for the creation of a Palestinian state to live in peace with Israel, did the Saudi leadership relent and agree to a meeting.

In dealing with the Saudis my principal interlocutor was Prince Bandar bin Sultan, the Saudi ambassador to Washington and dean of the diplomatic corps in the city. I had known and worked with Bandar since 1990. I had seen him less than 72 hours before the attacks, and I spoke to him often on Sept. 11 as news of al-Qaeda’s responsibility became clear to the US government.

It did not take long for accusations to begin that the Saudis were involved in the attacks planning and or funding. Bandar’s wife, Princess Haifa al-Faisal, was even accused of sending money to two of the Saudi hijackers who had lived in San Diego while preparing for the attack. Zacarias Moussaoui, who was convicted for involvement in terrorism and has widely been called the 20th hijacker, claimed Bandar was involved in funding al-Qaeda along with Prince Turki al-Faisal, a former head of Saudi intelligence and Princess Haifa’s brother. Moussaoui made many other allegations, including that the Saudi Embassy had been involved in a plot to shoot down Air Force One during the Clinton administration. Saudi bashing became a popular media activity. The Saudis denied all these and other accusations.

The 9/11 Commission in 2004 examined the possible Saudi role in the plot closely and concluded there was no evidence to support the claims that the Saudi government or Saudi officials were involved in the attacks. The staff report — released separately — that investigated the funding of the attack concluded, “Despite persistent public speculation, there is no evidence … that Princess Haifa bin Faisal provided any funds to the hijackers either directly or indirectly.” (Oddly, the 9/11 Commission never contacted or interviewed me.)

But because the 28 pages remain classified the issue remains very controversial. There is another report that has gotten far too little attention in the debate. In 2014, Congress required the Federal Bureau of Investigation to conduct a special review of how it had implemented the recommendations of the 9/11 report. The FBI was also asked to review if there was any new evidence not available to the 9/11 Commission that would change its findings concerning the perpetrators of the attack and their supporters, if any, in foreign governments.

The FBI set up a commission to do so. Three outside experts agreed to head the commission: former Attorney General Ed Meese, former Indiana Congressman Tim Roemer and Georgetown University professor Bruce Hoffman, one of the foremost experts on terrorism in the country. The FBI gave the commission full access to its records and employees. The commission also reviewed documents captured from al-Qaeda since 9/11, including material found in bin Laden’s hideout in Abbottabad, Pakistan, in May 2011 to see if they shed any new light. They also had access to the information acquired from al-Qaeda detainees.

The 2015 FBI commission specifically looked at some of the accusations about alleged Saudi involvement and found them not credible. After reviewing the material from Abbottabad and from Guantanamo, it concludes, “None of this evidence identifies any additional participants in the planning or carrying out of the 9/11 attacks” beyond those identified in the 9/11 Commission report. Indeed, the new material available in the last decade since the 2004 report “does strengthen and enhance the cases against existing plotters” identified by the commission in 2004. The 2004 report had said, “The Commission staff found no evidence that the Saudi government as an institution or as individual senior officials knowingly support or supported al Qaeda.” The commission did report that al-Qaeda did fundraising inside the kingdom before 9/11 and that the Saudi authorities were negligent in preventing this. Indeed, the Saudis only became determined to fight al-Qaeda at home and abroad after bin Laden declared war on the royal family in 2003 and instigated a wave of terrorist attacks inside Saudi Arabia. The counterterrorism campaign that defeated al-Qaeda in the kingdom was led by Mohammed bin Nayef, who is now the crown prince.

The FBI report is a serious and credible investigation of what new material is available to shed light on the 9/11 attacks. It should be given more attention in the debate about whether the Saudis or others had a hand in the attacks. Of course, the Obama administration should also declassify appropriately the 28 pages from the old report so everyone can see what is there. If there is a smoking gun that implicates the Saudis, it should be thoroughly investigated. That, however, seems unlikely.