Egypt is preparing to inaugurate the VACSERA factory complex in the 6th of October City, aiming to produce various types of vaccines in cooperation with major international companies. 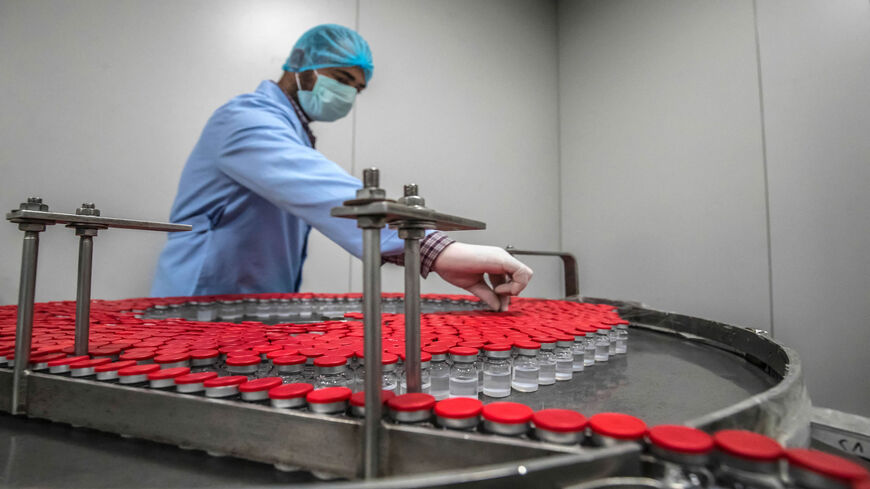 Egypt is getting ready to open a large factory to produce coronavirus vaccines, at a time when the country is seeing a modest uptick in cases and inoculation rates remain low.

In cooperation with major international companies in the field of vaccines, Egypt is set to inaugurate the VACSERA factory complex in the 6th of October City, a suburb of Cairo, to produce various types of vaccines, including the seasonal influenza vaccine, pneumococcal vaccine and polio vaccine.

Egypt recorded 368 new cases of the coronavirus on Sept. 6, with the daily average over the preceding seven days standing at 319 cases. While this marks a slight increase from infections in July, it still remains well below the pandemic’s peak in the country in the summer of 2020, when cases were averaging over 1,500 per day.

Meanwhile, Egypt has seen a slow rollout of vaccinations. About 10.4 million doses have been administered so far, enough to inoculate just over 5% of the country’s 100 million plus population.

In July, Egypt started manufacturing the first batch of serum — 1 million doses — at the factory of  VACSERA Holding Company for Biological Products and Vaccines, in the Agouza neighborhood of Cairo, under the name "VACSERA-Sinovac made in Egypt."

On Aug. 30, Prime Minister Mustafa Madbouly inspected the factory complex to check on the preparations for the start of the vaccine production in the coming period.

He was accompanied by Minister of Health and Population Hala Zayed, Giza Gov. Ahmed Rashid and a number of leaders and officials of the Ministry of Health and the VACSERA factory complex.

The minister also explained that the production capacity of the factory will be 24,000 packages per hour. She said it is expected to be the largest vaccine production factory in the Middle East and Africa and a regional center for the manufacture and export of vaccines to African countries, thus localizing the vaccine industry on the African continent.

Asked about the vision of the VACSERA factory complex in the 6th of October City, Zayed said that it aims to produce various types of vaccines in cooperation with major international companies in this field.

On Aug. 23, the VACSERA-Sinovac vaccine obtained an emergency use license from Egypt’s Drug Authority, as it meets the global rules and references followed by the World Health Organization (WHO) to assess the safety, quality and effectiveness of vaccines and to confirm the sustainability of their availability.

Amjad al-Haddad, head of the Allergy and Immunology Department at the Serum and Vaccine Authority, told Al-Monitor over the phone that the main goal behind the local manufacture of the vaccine is to achieve what can be called Egyptian pharmaceutical security in the face of the coronavirus, which is still spreading through mutations.

Khaled Mujahid, assistant minister of health and population for media and awareness, and the official spokesman for the ministry, told Al-Monitor that based on the latest data for Egypt until Sept. 5, the total number of COVID-19 cases was 290,027, including 241,964 cases that have been cured, and 16,789 deaths.

However, he noted that studies and research confirm that this virus requires periodic vaccinations, thus proving the state’s need to secure a strategic stockpile of vaccines to cover the needs of Egyptian citizens.

Haddad said that this step undoubtedly exemplifies the Egyptian state’s keenness to preserve the health of Egyptians by meeting local needs and exporting the surplus.

He stressed that accelerating the pace of vaccinations in Egypt will protect the country against any regression waves as far the virus is concerned, which is the goal that the international community is striving to achieve, especially considering that the virus is mutating.

Ensuring the presence of vaccines, he added that it is also a guarantee that no new variants of the virus will appear if the entire population is vaccinated.

The chairwoman of the Board of Directors of the Holding Company for Biological Products and Vaccines (VACSERA), Heba Wali, told Al-Monitor over the phone that the vaccine factory includes ​​laboratories to monitor the production quality, with eight central laboratories equipped with the latest equipment to measure the stability and test the safety of the final product and the manufacturing inputs according to the standards recommended by the WHO.

The factory, she said, also includes refrigerators for preserving the vaccine in its various stages, starting from the raw materials to the final product, and the storage capacity in these cooling units reaches 150 million doses.

These refrigerators, she noted, are equipped in accordance with the international standards for preserving vaccines, as well as an electronic monitor to ensure safe storage.

Wali said that the two VACSERA factories were equipped and rehabilitated at a cost of 785 million Egyptian pounds ($50 million).

She said that the VACSERA factory in Agouza produces 300,000 doses of vaccine in one work cycle, which is roughly 60 days. The VACSERA factory’s annual production capacity is expected to reach 110 million to 220 million doses.

The factory, she concluded, is scheduled to produce during the next six months about 80 million doses in cooperation with the Chinese Sinovac.