Talks over reviving the nuclear deal remain on hold — a process the Biden administration warned "cannot go on indefinitely." 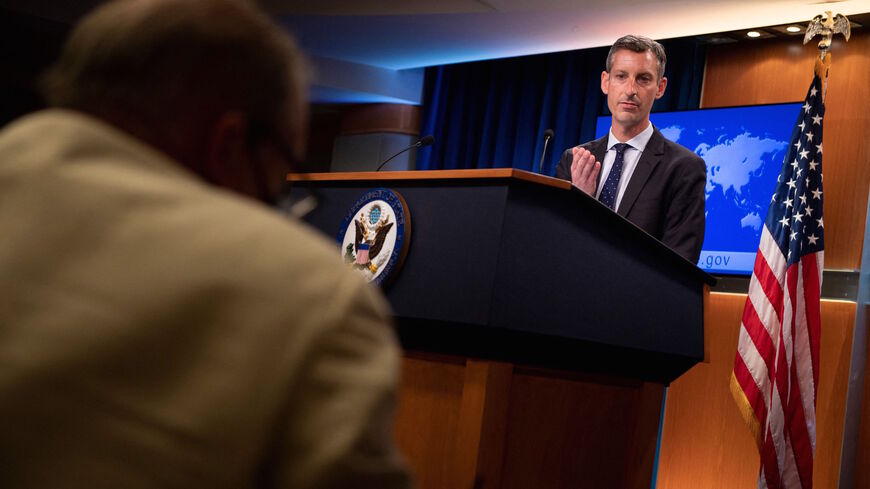 The Biden administration on Thursday called on Iranian President Ebrahim Raisi to resume negotiations over the landmark nuclear deal, warning Tehran's new leader there is a limited window to do so.

“We urge Iran to return to the negotiations soon so that we can seek to conclude our work,” State Department spokesperson Ned Price told reporters on Thursday.

“For us, this is an urgent priority,” he said. "This process cannot go on indefinitely."

"The opportunity to achieve a mutual return to compliance with the JCPOA won't last forever," he said, referring to the multilateral pact by its official name, the Joint Comprehensive Plan of Action.

Raisi, an ultraconservative cleric and a former judiciary chief, was sworn in Thursday following a June election that critics said was rigged in his favor. His new government is expected to complicate Washington’s efforts to revive the 2015 nuclear deal the Trump administration abandoned in 2018.

The sixth round of talks in Vienna ended in June, and Raisi has yet to say when — or if — he’ll send Iranian negotiators back to the Austrian capital. On Thursday, he called for the United States to lift crippling sanctions against Iran.

"The sanctions against Iran must be lifted … and we will support any diplomatic initiative that helps achieve this goal,” he said.

President Joe Biden has pledged to lift most sanctions imposed by his predecessor in exchange for Iran rolling back its violations of the nuclear accord. But US negotiators say differences remain over Iran’s willingness to come back into compliance, the sanctions relief offered by the United States and the sequencing of a mutual return to the deal.

“If President Raisi is genuine in his determination to see the sanctions lifted, well, that is precisely what’s on the table in Vienna,” Price said.