A State Department official said the United States and Iran still have major disagreements but a deal to restore the landmark nuclear agreement remains possible. 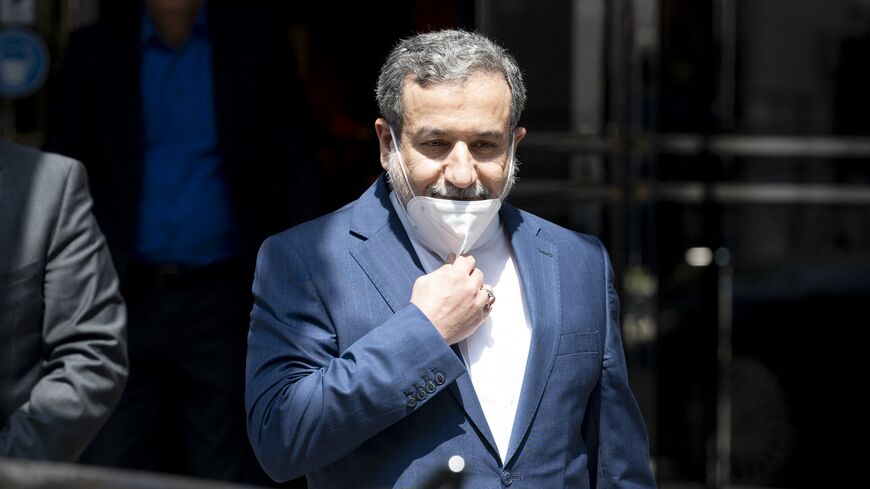 Abbas Araghchi, political deputy at Iran's Foreign Ministry, adjusts his face mask as he leaves the Grand Hotel Wien after the closed-door nuclear talks in Vienna on June 20, 2021, where diplomats of Britain, the European Union, China, Russia and Iran hold their talks. - JOE KLAMAR/AFP via Getty Images

Serious gaps remain between Iran and the United States amid nuclear talks in Vienna, a senior State Department official said Thursday, pushing back on reports that a deal was in reach.

“We still have serious differences that have not been bridged” over issues that include Iran’s willingness to come back into compliance, the sanctions relief offered by the United States and the sequencing of a mutual return to the deal, said the US official, who spoke to reporters on condition of anonymity.

A deal remains possible, the official said, but if the United States and Iran “can’t bridge [the differences] in the foreseeable future, I think we’re going to have to regroup and figure out how we move ahead.”

“I’m not going to speculate as to if or when we will get there,” the official said.

Diplomats from the United Kingdom, China, France, Germany and Russia in Vienna just concluded their sixth round of talks with Iran aimed at salvaging the nuclear accord that President Donald Trump abandoned in 2018. The American and Iranian delegations are not talking directly, but instead relying on European Union intermediaries to communicate.

On Wednesday, German Foreign Minister Heiko Maas cautioned that negotiators in the Austrian capital are making progress but have “several technical questions to resolve.”

Among them are which sanctions the United States would be prepared to lift in exchange for Iran rolling back its violations of the nuclear accord, known formally as the Joint Comprehensive Plan of Action (JCPOA). An Iranian official claimed Wednesday that the US delegation agreed to lift more than 1,000 sanctions, specifically those imposed on Iran’s oil and shipping industries.

Complicating the negotiations is the recent election of hard-line judiciary chief Ebrahim Raisi, who will take over as Iran’s president in August. The Biden administration is seeking follow-on talks that address Iran’s ballistic missile program and proxy activity in the region, but Raisi said those issues are “not up for negotiation.”

Washington also seeks the return of the four Iranian Americans held in Iran on charges their families and rights groups say are baseless. The US official said there was progress amid indirect negotiations over their release but that no deal had been made.