Iran nuclear deal talks to resume in Vienna this weekend

US Deputy Secretary of State Wendy Sherman said talks aimed at reviving the nuclear deal will resume this weekend in Vienna. 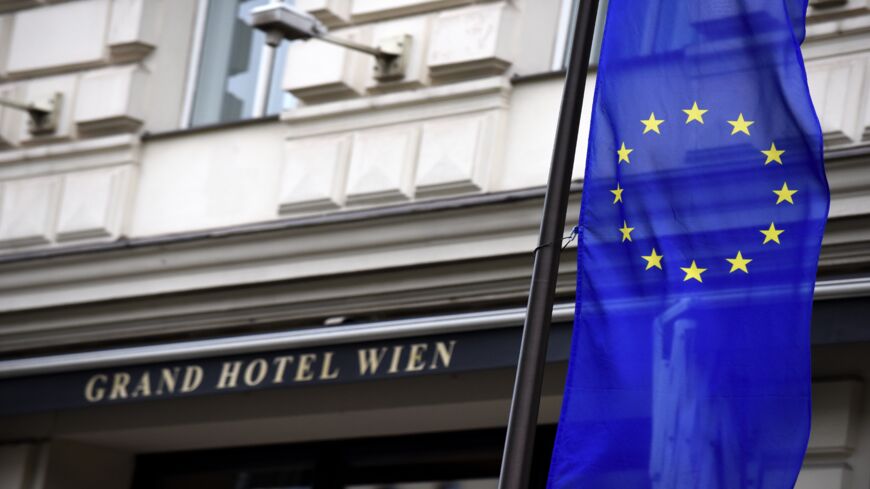 The flag of the European Union is on display at the Grand Hotel on the day the JCPOA Iran nuclear talks are to resume on May 25, 2021, in Vienna, Austria. - Thomas Kronsteiner/Getty Images

As Iran gears up for a presidential election, negotiators will return to Vienna for the sixth round of talks this weekend aimed at reviving the landmark nuclear agreement, US Deputy Secretary of State Wendy Sherman said on Wednesday.

“I know that the negotiation will start again over this coming weekend,” Sherman said during a virtual event organized by the German Marshall Fund.

Sherman added that “there’s been a lot of progress made,” but “until the last detail is nailed down, and I mean nailed down, we will not know if we have an agreement.”

The original signatories to the 2015 nuclear deal have been meeting in the Austrian capital since April to discuss a potential US and Iranian return to the accord known as the Joint Comprehensive Plan of Action (JCPOA). Special Envoy for Iran Robert Malley is leading the US negotiating team, which is participating in indirect talks with the Iranians.

The sequencing of a mutual return to the JCPOA remains one of the biggest sticking points, with Iran insisting the United States first lift sanctions before it rolls back its violations of the deal.

The Biden administration has said it will seek a follow-on deal that addresses Iran’s ballistic missile program, regional behavior and other concerns. In a congressional hearing on Tuesday, Secretary of State Antony Blinken said mutual compliance “has to be a first step, not a last step.”

“I would anticipate that even in the event of a return to compliance … hundreds of sanctions would remain in place, including sanctions imposed by the Trump administration,” Blinken said, without specifying if those sanctions include penalties on Iran’s central bank and oil sector.

On Wednesday, an Iranian oil official said the country expects to restore its crude oil output to pre-sanctions levels in a matter of months once the United States lifts sanctions.

Complicating the work of negotiators in Vienna, Sherman said, is the Iranian presidential election on June 18. Hard-line judiciary chief Ebrahim Raisi, a longtime critic of the JCPOA, is widely expected to win.