Secretary of State Antony Blinken's comments came as negotiations over the landmark accord remain stalled. 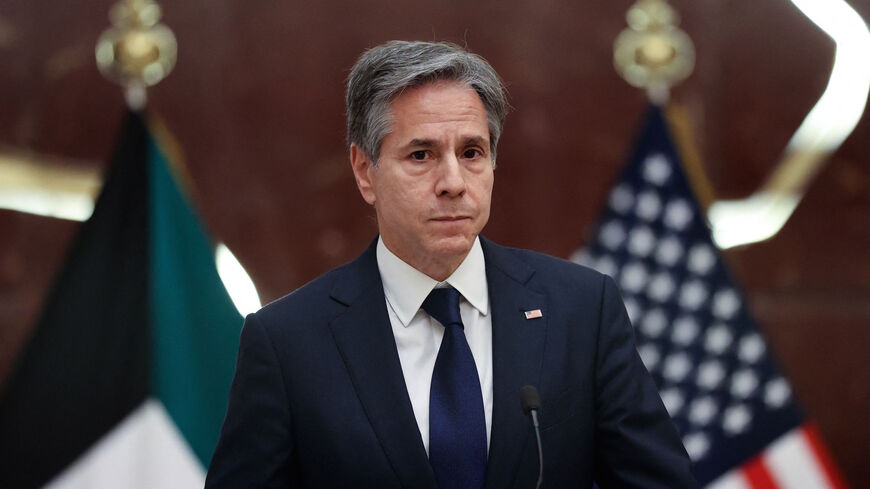 US Secretary of State Antony Blinken speaks during a joint-press conference with Kuwait's foreign minister in Kuwait City on July 29, 2021. - JONATHAN ERNST/POOL/AFP via Getty Images

Blinken made the remarks during a news conference in Kuwait City with the Kuwaiti foreign minister, Sheikh Ahmed Nasser Al Mohammed Al Sabah. The top US diplomat met with senior officials in the Gulf country ​​for talks focused on regional security, joint efforts to distribute COVID-19 vaccines and the bilateral relationship.

"We're committed to diplomacy, but this process cannot go on indefinitely,” Blinken said of Washington’s indirect nuclear negotiations with Tehran.

Talks over the landmark accord, known as the Joint Comprehensive Plan of Action (JCPOA), are on hold. The sixth round of talks between Iran and world powers ended in June without a deal, and Iranian officials have indicated they won’t return to the bargaining table until after hard-line President-elect Ebrahim Raisi takes office Aug. 5.

A date hasn’t yet been set for a seventh round of talks, but two officials familiar with the schedule told Bloomberg that negotiators are expected to meet again in mid-August.

“We look to see what Iran is ready to do or not ready to do and remain fully prepared to return to Vienna to continue negotiations,” Blinken said. “The ball remains in Iran's court.”

After the last round of talks wrapped in June, a senior State Department official said serious differences remain over issues that include Iran’s willingness to come back into compliance, the sanctions relief offered by the United States and the sequencing of a mutual return to the deal.

After President Donald Trump unilaterally withdrew from the accord in 2018, Iran began violating its terms of JCPOA, which placed restrictions on the Iranian nuclear program in return for sanctions relief. If Tehran returns to full compliance under the deal, Biden has pledged to lift sanctions and rejoin the agreement as a starting point for follow-on negotiations over a “longer and stronger” deal.

On Wednesday, Iranian Supreme Leader Ayatollah Ali Khamenei blamed the “cowardly” United States for the deadlock in the Austrian capital. Khamenei said one main sticking points is the language the United States wants inserted into the agreement that would require Iran to negotiate on its ballistic missile program and regional issues at a later date.