The cooperation on fighting the wildfires in Jerusalem is not the only recent evidence Israeli-Palestinian relations may be improving. 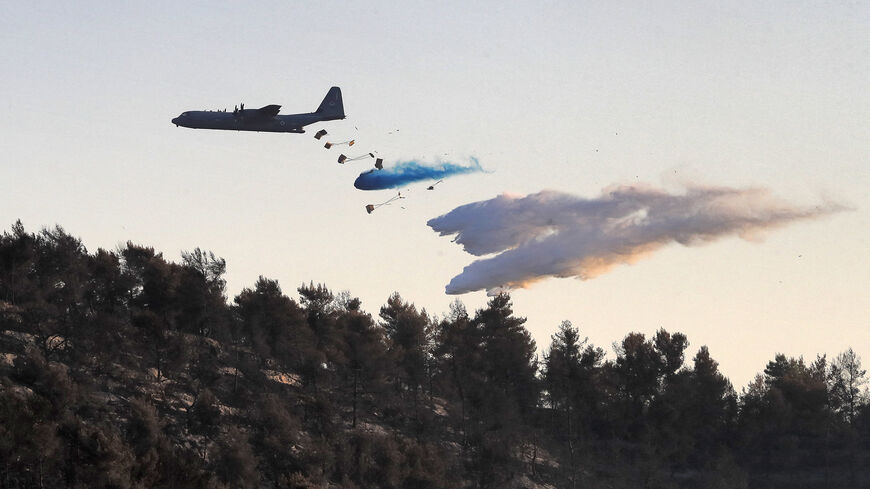 “I would like to thank PA Chairman Abbas for his initiative to send the firefighters who came to assist Israel today,” said Gantz in a tweet. “Mutual care and saving human lives are common interests to us all.”

Severe wildfires broke out on Monday west of Jerusalem in forested areas and towns. Thousands were forced to evacuate and several houses caught fire. There have been several fires throughout the Middle East, North Africa and southern Europe this summer.

Palestinian civil defense firefighters came to Jerusalem to help extinguish the fires. Palestinian firefighters also responded to fires in Israel in 2010 and 2016, according to local media.

The firefighting efforts in the holy city continued on Tuesday, as Israel deployed aircraft to battle the blazes.

It is not common for Israeli politicians to praise their Palestinian counterparts, including Abbas. Relations have been strained for years and the peace process is stalled. The PA opposes continued Israeli settlement growth in the West Bank. There is also regular violence between Israeli forces and Palestinian residents in the West Bank, among other issues.

Gantz’s statement is not the first sign of potentially warming relations between Israel and the PA. Last month, Gantz and Israeli President Isaac Herzog called Abbas for the Muslim Eid al-Adha holiday.